On The ‘Ethics’ Of Complicity in Torture 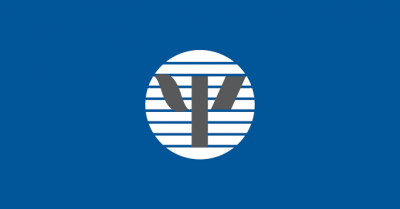 On November 12, 2014 the American Psychological Association commissioned a study of the organization’s relationship with its own ethics guidelines, the national security establishment’s interrogation practices, and torture. Now released, the report by David H. Hoffman (& others) of Sidley Austin LLP, confirms the APA’s complicity in Department of Defense programs and the APA’s intentional misrepresentation of its role, deluding its membership and the American people. David Hoffman was formerly the Inspector General of Chicago and a Federal Prosecutor.

APA members and Board have encouraged participation in military interrogation events (ie. torture sessions), not as referees (to draw the line between ‘acceptable’ practice and what is internationally recognized as the crime of torture) but as cover to permit the crime: if the attending psychologist says the torture won’t have lasting psychological effects the torture can be continued without the interrogator risking subsequent prosecution.

This APA mechanism of protecting war crimes was knowingly entered into by the APA leadership, and the Hoffman report among others singles out Dr. Stephen Benke as the mastermind of the arrangement with DOD: “The APA official who led this behind-the-scenes coordination with the DOD officials was the Ethics Director, Stephen Behnke…” (Hoffman report, p. 12).

Dr. Benke headed the American Psychological Association Ethics division from 2000 to 2015. The exposure of his crime was fought for with the integrity of more humane psychologists among others, but ignored by the establishment’s academic bastions of PhD ethicists.

While English Oxford dictionaries define “ethics” as the moral principles governing one’s behaviour, the American Merriam Webster shifts the meaning to ideas of good and bad governing one’s behaviour. Academics break down the concept of ethics into categories as if to shield their eyes from the obvious. Ethics means decency. It’s like morals without a partisan flag. The push to isolate ethics in the world of ideas, suits military expansion, criminal foreign policies and war crimes. Beyond decency, ethics is a guide to long term survival. Because it’s about survival ethics is always tied into life. In Dr. Albert Schweitzer’s work ethics becomes interwoven with reverence for life. War has little to do with ethics. The Rabbis’ “Ethics of the Fathers” suggests: “Love work; hate the holding of public office; and do not be intimate with the ruling authorities” (Chpt. 1, 10).

Not considered strong on ethics (although military law forbids torture) the U.S.military and CIA are known to have used torture in Vietnamand throughout South and Central America. After 9/11 covert use of torture made a bid for legitimacy when it received too much press attention (ie. Abu Ghraib and Guantanamo). The usefulness of torture for information gathering was challenged by intelligent people within government, but torture’s use as a weapon of terror remained hard to resist, not so much a weapon against people of other cultures but as a control on the American public. It increased public support for criminal policies as people preferred alignment with the torturers rather than victims, just in case. While U.S.use of torture is primarily as a psychological warfare weapon and indoctrination (see previous), its application under medical and psychological supervision inGuantanamo suggests it’s used for research as medical experimentation was in the WWII death camps ofEurope.

Military and CIA use of psychologists and psychiatrists in academic settings for research and testing outside the law was previously revealed with the exposure of Dr. Ewen Cameron of McGill University in Montreal among others serving the CIA’s MKULTRA program which is said to have ended in 1963. Their illegal research gathered professional standing, advancement, praise and inclusion of the results of their funded studies in the CIA’s KUBARK torture manual. So it is no great surprise APA members are found to have condoned torture.

What is particularly shameful is that the crime of furthering the use of torture, of making the crime under international law palatable domestically, was engineered under the banner of American ethics. Due to the excesses of Dr.Cameron and others, credentials as a Doctor or Professor in behavioural sciences or medicine were no longer adequately respectable to cover the covert crimes of government so centers of expertise on ethics developed, with much the same effect of North America’s centres of Genocide studies. Of the 37 countries listed as areas of concern among nightslantern.ca‘s genocide warnings, the situations in at least 15 countries were either caused by or contributed to byU.S. policies.

So we find Dr. Stephen Benke’s training noted by Wikipedia as: B.A. Princeton, J.D. Yale Law School, PhD Michigan (clinical psychology); lecturer in psychology at Harvard Medical School’s Department of Psychiatry; Director of the Office of Ethics for the American Psychological Association since 2000. The APA’s Monitor refers to Dr. Benke’s other work at Harvard as “director of the Program in the Practice of Scientific Investigation at Harvard Medical School’s Division of Medical Ethics” (Foxhall). Notably he was also a Faculty Fellow at Harvard’s Edmond J. Safra Center for Ethics from 1998-1999. Dr. Benke’s understanding of ethics which may reflect interface with his peers and the values he passed on to students, resulted in the horror of setting up a program to permit the torture of innocent people. The underlying myth of University ethical centres becomes “the emperor’s new clothes.” Harvard’sSafraCenter for Ethics maintains a clannish silence in response toU.S. policies rivalling the Third Reich’s. Benke’s example stands out in a community of well paid ethicists complicit in the ugliest crimes known to humanity.

Eager to divest of embarrassment the APA claims it is currently attempting to prohibit members from working with DOD interrogators of detainees, while the DOD blithely continues to place psychologists with its teams employing tubal forced feeding (used as torture and punishment) at Guantanamo. By now the program is firmly in place. The DOD can ‘buy’ cooperative psychologists to continue the madness. If the APA were seriously horrified by the Hoffman report’s definitive evidence, it would bring charges against its employees and members who are guilty of war crimes. The opportunity is there at the APA annual Convention from August 6 through 9 inToronto, where membership is also exposed to both Canadian and International law. Under the Conservative Party Canadian law has been reluctant to confrontU.S.politicians known for their role in torture but may be less in awe of working psychologists.

In the U.S.the legal system has failed to effectively prosecute government employees known to have committed war crimes and torture. From the Bush administration, George Bush, Richard Cheney, Condoleezza Rice, Donald Rumsfeld, Colin Powell, George Tenet, John Ashcroft, John Yoo, Jay Bybee, David Addington, William Haynes and Alberto Gonzalez, are considered to have committed violations of the Torture Statute and War Crimes Act (ref. Cohn). Lack of prosecution encourages others to commit equivalent crimes. As the overwhelming Senate vote this June 16th to ban torture suggests, Americans don’t like torture, even when it’s okayed by the experts. To change course, theU.S. must stop protecting its torturers. Leadership’s resolute march into a future devoid of humanity can be stopped with application of the laws already in place. Use of torture is only one symptom of a criminal state. Another is the murder of citizens by their own government. Another is wars of aggression. Another is police murders of select minority groups. Among other crimes endangering the people’s survival..

On The ‘Ethics’ Of Complicity in Torture