Saudi-Iranian Spat: Another Skirmish in the Oil War

Saudi-Iranian Spat: Another Skirmish in the Oil War

Saudi Arabia is a beheading paradise. But this PR nightmare is the least of all problems in an oil crisis. Once again, the heart of the matter is – what else – black gold.

So far, the House of Saud’s whole energy strategy has boiled down to shaving off its oil production no matter what it takes, even issuing bonds to cover its massive deficits.

Now the strategy has been moved one step ahead via a flagrant provocation: the execution of Shiite cleric Nimr al-Nimr.

The House of Saud believes that by stoking the flames of a Riyadh-Tehran confrontation it may raise the fear factor in the oil supply sphere, leading to higher oil prices (which it needs), while maintaining the Holy Wahhabi Grail of keeping imminent Iranian oil off the market.

From the beginning, Riyadh bet on the possibility of extra energy-related sanctions on Iran in case Tehran forcefully responded to its beheading provocation. Yet Iranians are too sophisticated to fall for such a crude tap.

Persian Gulf traders have confirmed the 2016 Saudi budget is based on an average crude oil price of only $29 per barrel, as first reported by Jadwa Investment in Riyadh.

From the House of Saud’s budget dilemma perspective, this is absolutely unsustainable. The House of Saud is the biggest OPEC oil exporter. Yet their supreme hubris is to deny Iran any leeway in exports, which will be inevitable especially in the second half of 2016. Moreover, the low oil price strategy doesn’t apply solely to Iran: it’s still part of the oil war against Russia.

Somebody though is not doing the math right in Riyadh. The Saudi low oil price strategy has been punishing Russia – the number two global oil producer – badly. The Saudis cannot possibly expect that their beheading provocation will simultaneously scotch an OPEC-Russia deal on cutting production and also lead to higher oil prices, which would mostly benefit – guess what – Iran and Russia.

A case can be made that the House of Saud’s low oil price strategy has been a slow motion Wahhabi hara-kiri from the start (which, by the way, is hardly a bad thing.)

The House of Saud budget has collapsed. Riyadh is financing an unwinnable, mightily expensive war on Yemen, financing and weaponizing all manner of Salafi-jihadists in Syria, and is spending fortunes to prop up al-Sisi in Egypt against any possible Daesh (Islamic State) and/or Muslim Brotherhood offensive. As if this were not enough, internally the succession is a royal mess, with King Salman’s 30-year-old warrior-in-chief, Mohammad bin Salman, stamping his toxic mix of arrogance and incompetence on a daily basis. 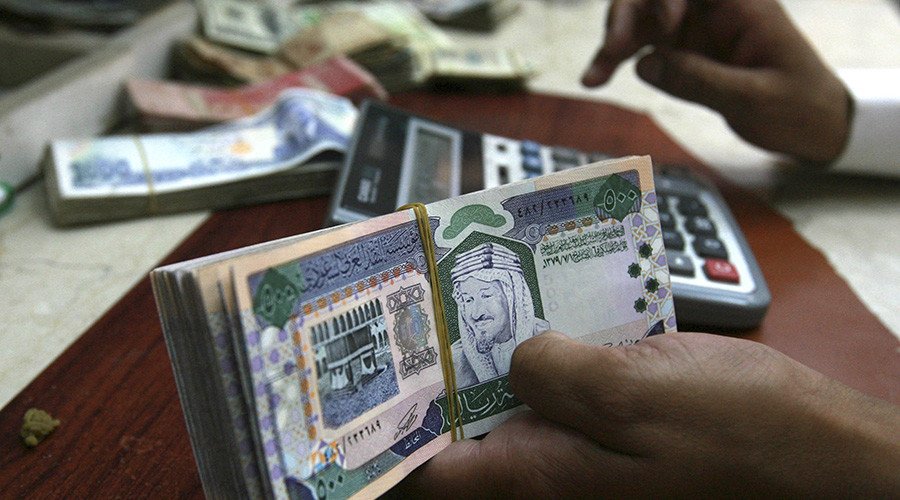 The United States government is frantically trying to hold the oil price down to destroy the Russian economy, using their proxy Persian Gulf producers who are pumping all out. That amounts to no less than seven million barrels a day over the OPEC quota, according to Persian Gulf traders. The US government believes it can destroy the Russian economy – again – as if the clock had been turned back to 1985, when the global glut was 20 percent of the oil supply and the Soviet Union was bogged down in Afghanistan and internally bleeding to death.

Oil went down to $7.00 a barrel in 1985, and that low figure is where the US government is now trying to drive the price down. Yet today the global glut is less than three percent of the oil supply, not 20 percent as in 1985.

The surplus today is only 2.2 million barrels a day, according to Petroleum Intelligence Weekly. Iran will bring on initially around 600,000 barrels a day of new oil in 2016. That means later this year we will have a 2.8-million potential surplus.

The problem is, according to Persian Gulf traders, an annual oil depletion of seven million barrels a day, and that cannot be replaced with the collapse in drilling. What this means is that all surplus oil could be wiped out in the first or second quarters of 2016. By mid-2016, oil prices should start surging dramatically, even with additional oil from Iran.

So the US government strategy has now metastasized into trying to destroy the Russian economy before the oil price inevitably recovers. That would give the US government a window of opportunity spanning only the next six months.

How this could have been pulled off so far is a testament, once again, to the irresistible force of Wall Street manipulators using cash settlement; they are able to create a crash where there is hardly any surplus oil at all. Yet even as the Empire of Chaos frantically manipulates the oil price down, it may not go down fast enough to destroy the Russian economy.

Even Reuters was forced to admit briefly the oil surplus was less than two million barrels a day, and may even be alarmingly less than a million barrels a day before returning to the usual oil-at-an-all-time-low story. This information on the real oil surplus so far had been completely censored. It confronts head on the hegemonic US narrative of surpluses lasting forever and the imminent collapse of the Russian economy.

As for Saudi Arabia, it’s just a mere pawn in a much nastier game. Common sense now rules that it’s essentially a matter of Black Daesh (the fake “Caliphate”) and White Daesh (the House of Saud). After all, the ideological matrix is the same, beheadings included. It’s the next stage of the oil war that may well decide which Daesh will be the first to fall.

Pepe Escobar is an independent geopolitical analyst. He writes for RT, Sputnik and TomDispatch, and is a frequent contributor to websites and radio and TV shows ranging from the US to East Asia. He is the former roving correspondent for Asia Times Online. Born in Brazil, he’s been a foreign correspondent since 1985, and has lived in London, Paris, Milan, Los Angeles, Washington, Bangkok and Hong Kong. Even before 9/11 he specialized in covering the arc from the Middle East to Central and East Asia, with an emphasis on Big Power geopolitics and energy wars. He is the author of “Globalistan” (2007), “Red Zone Blues” (2007), “Obama does Globalistan” (2009) and “Empire of Chaos” (2014), all published by Nimble Books. His latest book is “2030″, also by Nimble Books, out in December 2015.

The original source of this article is RT
Copyright © Pepe Escobar, RT, 2016

Posted by Jaime C. on January 8, 2016 in Uncategorized and tagged Pepe Escobar.