The Paris Meeting of Conspirators in Support of Syria’s “Moderate Terrorists”: Talks Filled With Sinful Crime. 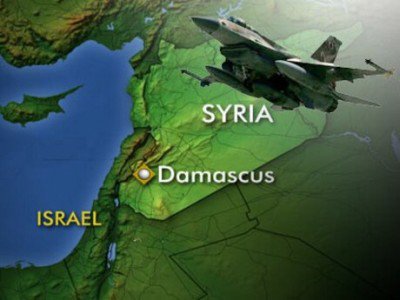 On January 20th a cabal of dependencies of the United States of America, Australia, Netherlands, Germany, France, and Italy, met in Paris to discuss war on Syria. One of a series of such meetings with a changing list of participants, it included the defence ministers of the countries supporting various proxy forces attacking Syria, either posing as “rebels” or allied with the American created and supported force ISIS. It was in fact a meeting of conspirators planning a war of aggression. There is no other way to put it. This was a criminal act under international law and another dramatic repudiation of the United Nations and everything the United Nations Charter stands for.

One nation that was not invited was Canada, a snub that has caused consternation among the war party in Canada, but is likely the result of the new prime minister’s pledge to withdraw Canadian forces from action in Syria and Iraq. The new Canadian government has not in fact withdrawn its small forces as promised but no doubt the Americans are doubtful of the new government’s reliability as a partner in crime and wanted to slap down the new government for daring to make even a mild move towards peace in our time.

The Canadian government’s pledge to withdraw its forces was a result of campaign promises made during the October elections in Canada where these military adventures are unpopular with large sections of the population which sees them as wasting their tax money fighting wars for American interests and domination of the world. The fact that such operations are not only illegal under international law but also under Canadian law as set out in the National Defence Act, and, therefore, should never have been conducted in the first place, is, inexplicably, never mentioned by any Canadian government figure, major political party or any of the tightly controlled and coordinated media, because, of course, law means nothing to criminals.

The Paris meeting was a criminal act, a war crime in fact, since the only international body that has the right to determine if, when and how military forces is to be applied in any situation is the United Nations Security Council. Any military action taken outside the mandate of the Security Council is prohibited and the Rome Statute, the statute that governs the International Criminal Court, defines such a meeting as a conspiracy to commit aggression, the worst of all war crimes, because it leads to all other war crimes that necessarily follow an act of aggression.

But the Paris meeting is not the first step in furthering this conspiracy to commit acts of aggression, war crimes and crimes against humanity in Syria. The first act was the attack made on Syria by the United States in 2011 after it and its co-conspirators attacked and destroyed Libya using the same proxy forces, the same techniques, and the same propaganda to mislead the public. Many of the same mercenaries, and thugs that they used against Libya were quickly reassigned and sent into Syria through Turkey, and Jordan where they soon linked up with armed groups from Iraq now known as ISIS. The United States, Turkey, Britain, France, and Saudi Arabia, brag about their open support for these groups, and have confessed that they have sent in their own special forces to “train” them. This act of aggression against Syria continues to escalate and came close to succeeding until Russia, at the request of the besieged government of Syria, decided to deploy its air forces in Syria in order to crush these American and allied proxy forces.

The reaction here in the west since September when the Russians began their very effective air operations has been a seething anger from Washington, to London, from Paris to Berlin, from Riyadh to Istanbul. The failure of the American attempt to conquer Syria will mean the failure of the American plan to kick Russia out of the Mediterranean, a failure to control the land routes from there to Iran for an eventual attack on Iran itself, an operation that cannot be mounted from the Persian Gulf, and a failure to place its forces on the southern flank of Russia in preparation for a pincer thrust into Russia from the south and the western plains of Poland and Ukraine. Others cite gas pipelines and war profits as reasons, but these are secondary to the principal strategy of the domination of Eurasia by the United States and those hoping to be thrown some scraps from the spoils, like the jackals they are.

None of these countries have any legal or moral right to attack Syria under the guise of going after ISIS, or Islamic State as they now call it. To obtain that right they would first have to be asked by the Syrian government for their assistance. The Syrian government does not want their “assistance”. They do not want their war. But these criminal nations refuse to talk to the Syrian government and insist on its overthrow and they refuse to take their case before the Security Council because they know they have no case and Russia and China will oppose their criminal plans. So they evade the United Nations and once again, create ad hoc “coalitions” of the criminal minded, who have no respect for international law, their own laws, the sovereign rights of the Syrian nation, or their own platitudes about peace and “human rights.”

The criminal nature and intent of the meeting was openly declared in the press conference after the meeting by the US Defense Secretary Carter who called for more forces to be gathered to “eject jihadist fighters from their headquarters in Raqqa, Syria and Mosul, Iraq and to maintain that planned defeat.” The latter phrase must be interpreted as meaning a permanent occupation of the region by American and allied forces. To back this up the America Army’s 101st Airborne Division has been assigned the role of re-entering Iraq. It seems Iraq will have no choice in the matter as the Americans continue their drive to establish a new protectorate out of western Iraq and eastern Syria which they can then use to control the region and attack Iran. Further meetings are to be held in Brussels in a few weeks.

In the meantime Russia continues to try to achieve a negotiated resolution of the war in compliance with international law and a further meeting of the Russian and American foreign ministers will be held in Geneva to discuss it but there is little hope of those talks going anywhere since the two countries approach the problem from completely opposite positions; the Russians on the basis of the national sovereignty of Syria and the recognition of the existing government as the only legitimate government, the Americans on the basis that might makes right and Syria must submit to its will. For them, international law and national sovereignty are phrases empty of all meaning.

And once again, the prosecutor of the International Criminal Court remains in her office in The Hague, completely inert as nations that are within her jurisdiction plan these crimes. She has charged several African leaders for much less but then those prosecutions serve the interests of the same powers she should be prosecuting. She doesn’t even hold a press conference condemning these meetings, actions and plans for more war and insisting that these criminals adhere to international law. Nothing is said. Nothing is done. The ICC is shown to be as useless as the Security Council.

It is the Americans and their allies who are responsible for all the dead and dying in Syria, and it is they who “brought forth the monstrous mass of earthly slime, puft up with empty wind and filled with sinful crime” that is ISIS and it is clear that they will continue to use this monster of their creation as a device to escalate the war against Syria and increase their crimes but who, aside from the Syrian people, Russia and Iran can stop them? And so, the war will continue, the misery it brings will continue, and those responsible will continue to meet in beautiful settings, enjoying the fine things their crimes bring, bragging that they are saving the people from the very “terrorists” they created and control.

Christopher Black is an international criminal lawyer based in Toronto, he is a member of the Law Society of Upper Canada and he is known for a number of high-profile cases involving human rights and war crimes, especially for the online magazine “New Eastern Outlook”.

The Paris Meeting of Conspirators in Support of Syria’s “Moderate Terrorists”: Talks Filled With Sinful Crime.