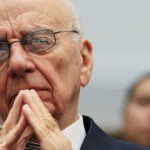 Israel has granted oil exploration rights inside Syria, in the occupied Golan Heights, to Genie Energy. Major shareholders of Genie Energy – which also has interests in shale gas in the United States and shale oil in Israel – include Rupert Murdoch and Lord Jacob Rothschild. This from a 2010 Genie Energypress release:

Claude Pupkin, CEO of Genie Oil and Gas, commented, “Genie’s success will ultimately depend, in part, on access to the expertise of the oil and gas industry and to the financial markets. Jacob Rothschild and Rupert Murdoch are extremely well regarded by and connected to leaders in these sectors. Their guidance and participation will prove invaluable.”

“I am grateful to Howard Jonas and IDT for the opportunity to invest in this important initiative,” Lord Rothschild said. “Rupert Murdoch’s extraordinary achievements speak for themselves and we are very pleased he has agreed to be our partner. Genie Energy is making good technological progress to tap the world’s substantial oil shale deposits which could transform the future prospects of Israel, the Middle East and our allies around the world.”

For Israel to seek to exploit mineral reserves in the occupied Golan Heights is plainly illegal in international law. Japan was succesfully sued by Singapore before the International Court of Justice for exploitation of Singapore’s oil resources during the second world war. The argument has been made in international law that an occupying power is entitled to opeate oil wells which were previously functioning and operated by the sovereign power, in whose position the occupying power now stands. But there is absolutely no disagreement in the authorities and case law that the drilling of new wells – let alone fracking – by an occupying power is illegal.

Israel tried to make the same move twenty years ago but was forced to back down after a strong reaction from the Syrian government, which gained diplomatic support from the United States. Israel is now seeking to take advantage of the weakened Syrian state; this move perhaps casts a new light on recent Israeli bombings in Syria.

In a rational world, the involvement of Rothschild and Murdoch in this international criminal activity would show them not to be fit and proper persons to hold major commercial interests elsewhere, and action would be taken. Naturally, nothing of the kind will happen.

Craig Murray is an author, broadcaster and human rights activist. He was British Ambassador to Uzbekistan from August 2002 to October 2004 and Rector of the University of Dundee from 2007 to 2010. 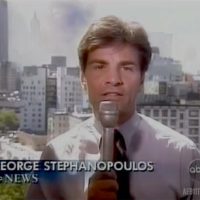