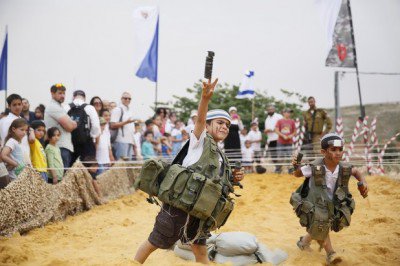 It might have been a moment that jolted Israelis to their senses. Instead the video of an Israeli soldier shooting dead a young Palestinian man as he lay wounded and barely able to move has only intensified the tribal war dance of the Israeli public.

Last week, as the soldier was brought before a military court for investigation, hundreds of supporters protested outside. He enjoys vocal support too from half a dozen cabinet ministers, former army generals, rabbis and – according to opinion polls – a significant majority of the Israeli Jewish public.

It is worth reflecting on this generous act of solidarity.

It is hard to dispute the main facts. On March 24 two Palestinians – Abdel Fattah Al Sharif and Ramzi Qasrawi, both aged 21 – were shot during an attack on soldiers manning a checkpoint in the occupied city of Hebron in the West Bank.

Ten minutes later, the 19-year-old soldier at the centre of the investigation arrived. Qasrawi was dead and Al Sharif was lying in the road wounded. Other soldiers milled around, close by.

At that point, the soldier – who cannot be named because of a gag order – approached Al Sharif, aimed his gun at the young man’s head and pulled the trigger.

All of this was captured on video, as was a trail of blood that leaked from Al Sharif’s head seconds later.

This was not a killing in the fog of war; it was a cold-blooded execution. As Amnesty International noted, such an act constitutes a war crime.

And yet, for most Israelis the soldier is the victim of this story. Some 57 per cent oppose an investigation, let alone prosecuting or jailing him. Some 66 per cent describe his behaviour in positive terms, and only 20 per cent think criticism is warranted. Only a tiny 5 per cent believe the killing should be judged “murder”.

Should this video and the aftermath serve just one purpose, it is to open a window on the rotten state of the Israeli body politic.

The incontestable evidence of Al Sharif’s execution is challenging Israeli Jews to maintain the deception, among themselves and to outsiders, that the institutions of their tribal, ethnic state have any abiding commitment to universal values and human rights.

For decades Israel has trumpeted its army as uniquely “moral”. The claim was always risible. But in an era of phone cameras, hiding the systematic crimes of a belligerent occupying power has proved ever harder.

The past six months has seen a wave of desperate attacks by Palestinians – mostly improvised, using knives and cars – to end the occupation. Some 190 Palestinians have been killed in this period.

A number of the incidents have been captured on film. In a shocking proportion, Palestinians – including children – have been shot dead even when they posed no threat to Israeli soldiers or civilians. In military parlance, this is called “confirming the kill”.

The latest video is distinctive not only because the evidence is so indisputable but because it exposes Israel’s wider military culture.

When the soldier took his shot, his comrades registered not the least surprise that their prisoner had just been executed. This looked suspiciously like an event that had played out many times before: standard operating procedure.

Back in December Sweden’s foreign minister, Margot Wallstrom, spoke out against the Israeli army’s trigger-happy attitude. She was lacerated by Israeli prime minister Benjamin Netanyahu and barred from entering Israel.

Last week a letter from 10 US senators – written before the Hebron killing – was made public, echoing Wallstrom’s concerns. Netanyahu was again indignant, saying his soldiers were not “murderers”.

Wallstrom was concerned that, by refusing to investigate or condemn obvious examples of summary executions, Israeli officials were sending a message to their soldiers and the wider Israeli public that they condoned such acts.

It is therefore hardly surprising that most Israelis feel this soldier is being singled out. His crime was not executing a Palestinian – that happens all the time – but being caught on film doing so. That was nothing more than bad luck.

The Israeli public did not reach this conclusion by accident. They have been schooled in a tribal idea of justice from a young age. Palestinians are not viewed as fully human or deserving of rights.

That attitude has only intensified of late. Politicians from across the ideological spectrum have urged soldiers, police and armed settlers to kill any Palestinian who raises a hand against a Jew. The incitement has grown intense, and no one – from Netanyahu down – has spoken against it.

In fact, quite the reverse. The few Israeli organisations trying to protect Palestinian rights have come under concerted assault.

Breaking the Silence, a group helping Israeli soldiers turn whistle-blowers, was recently accused by the defence minister of “treason”. Israel is busy bullying and silencing the messengers, whether foreign diplomats or its own soldiers.

Netanyahu has left no doubt where his sympathies lie. Last week his office issued a press release highlighting that he had called the father of the soldier to commiserate with him.

Rabbis too are contributing to the mood music of this war dance.

As supporters feted the Hebron soldier as a hero, one of the country’s two highest religious authorities, Yitzhak Yosef, the Sephardic chief rabbi, ruled that Israel’s non-Jews – some 2 million Palestinian citizens – should either agree to become servants to Jews or face expulsion to Saudi Arabia.

Two weeks earlier he told soldiers they were under a religious obligation to kill anyone who attacked them.

Note something else revealing about the Hebron soldier. He was serving in the medical corps. Although his job was to save lives, he believed his greater duty – in the case of Palestinians – was to terminate life.

He is no aberration. The other Israeli medics at the scene – including those affiliated with, and supposedly obligated by, the code of the Red Cross – can be seen ignoring al-Sharif, despite his life-threatening wounds, and clustering instead around a lightly injured Israeli soldier. Palestinian and Jewish life are patently not equal to these medics.

Many recent videos tell a similar story. In November an Israeli ambulance drove past 13-year-old Ahmed Manasra, leaving him untreated, as he lay bleeding from a serious head wound after his involvement in a stabbing attack in occupied East Jerusalem.

And then there are Israel’s legal authorities.

Israeli media reported last week that the justice ministry had failed even to open an investigation into a policeman suspected of executing a Palestinian man following an attack last month near Tel Aviv, even though the moment was caught on camera.

In the case of the Hebron soldier, the military court is already refashioning the soldier as the victim. In imposing a gag order preventing his identification, they have suggested to ordinary Israelis he is equivalent to a rape victim.

Last week the prosecutors showed the pressure was getting to them – as it doubtless will later to the military judge – when they downgraded their accusations from murder to manslaughter. The army officer who presided over the hearing has already effectively freed the soldier, restricting him to his unit’s base.

The Israeli public understand that this soldier is being investigated for appearance’s sake, only because the evidence is there for all the world to see.

He may not be a victim, but he is a scapegoat. He acted not just on his own initiative but in accordance with values shared by his unit, by the army command, by most Israeli politicians, by many senior rabbis, and by a significant majority of the Israeli public.

We should judge him harshly, but it is time to extend that censure beyond the lone soldier.

Those who over many decades sent him and hundreds of thousands of others to enforce an illegal, belligerent occupation and taught them to view Palestinians as lesser beings are at least as guilty.

Jonathan Cook won the Martha Gellhorn Special Prize for Journalism. His latest books are “Israel and the Clash of Civilisations: Iraq, Iran and the Plan to Remake the Middle East” (Pluto Press) and “Disappearing Palestine: Israel’s Experiments in Human Despair” (Zed Books). His website iswww.jonathan-cook.net.

The original source of this article is The National
Copyright © Jonathan Cook, The National, 2016 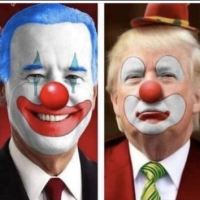