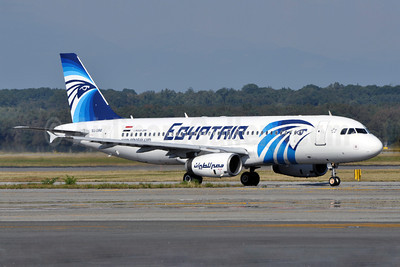 What are the odds? Yet another airliner – ‘disappears’ in thin air?

According EgyptAir, at 2.45am Egypt local time (00.45 GMT) Greek air traffic controllers reported the plane was heading southeast before making “a sudden turn” to the northwest – and then quickly disappearing from radar while traveling at 37,000 feet, as contact was lost at 16km/10 miles inside of Egyptian airspace.

According to airline authorities, no distress call was given, as the plane “faded” from radar.

The EgyptAir flight is said to be staffed by two “experienced” pilots.

Some members of the media are drawing comparisons between today’s event and the Russian Metrojet crash in Sinai, Egypt in late 2015, where the Metrojet plane also disappeared from radar and also gave no distress call. It was later concluded that a bomb on board was very likely to have been the cause, although no conclusive proof has been offered as to who did it, and why.

The same Airbus 320 model also featured in the the bizarre and as yet unexplained Germanwings crash of March  2015 in Barcelonnette, France, and also in the AirAsia Flight 8501 that crashed into the Java Sea in December 2014.

Air Algerie flight AH5017 also met a strange demise in 2014, with confusion over official reports of the airplane model.

Additionally, the unexplained disappearance of passenger airline Malaysian Flight MH370 in 2014 has also fueled speculation of foul play, as well as revealing the existence of standard ‘Fly-By-Wire’ technology aboard both Boeing and Airbus plane, known as Boeing Uninterruptible Autopilot. 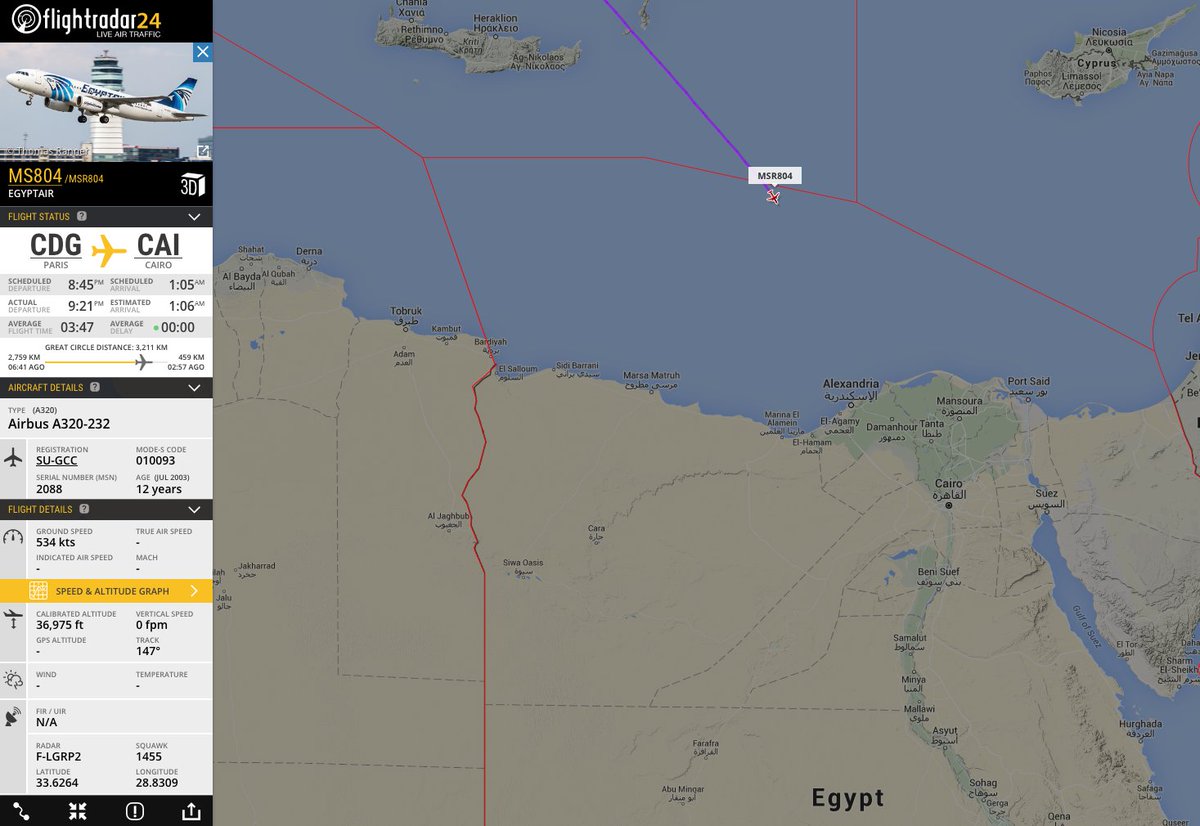 No word yet from the media regarding any speculation of terrorist involvement, as another spotlight focuses on Paris and its “security” situation in the wake of twin terror events last year.

UPDATE 6:41 GMT: Egyptian officials speaking on the condition of anonymity to a Cairo TV network have confirmed that ‘the plane has crashed.’ Details TBC.

UPDATE 6:25 GMT: Egyptian air authorities are now reporting that a ‘SOS’ signal was broadcast by the aircraft at 2:26 GMT time.

UPDATE 5:57 GMT: There are now tentative reports of a plane “breaking-up” over the Mediterranean Ocean, as well as “ball of fire in the sky”. No other details are forthcoming at this time.