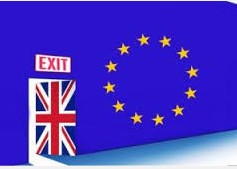 By William A. Cohn

June 23, 2016 “Information Clearing House” – All the noise around the Brexit referendum, once again shows the power of agenda setting in the corporate controlled mainstream media. The utility of the Brexit debate for corporatocracy is in distracting the public from its power to learn, organize and mobilize in exposing myth vs. reality.

Recently, we have seen free trade agreements exposed as enabling corporate lobbyists to subvert the public sphere standards on law, adjudication, and intergovernmental organization, skewing the relationship between the state, citizen, and corporation. WikiLeaks and the Panama Papers have empowered people to learn and act.

The media deluge on Brexit in recent weeks affords another case study of the smoke and mirrors agenda-setting and consent-manufacturing role of plutocracy. Once again, a false choice is presented so as to perplex and instill fear in the public. Stay the course or cut rope? Well, how about neither? How about something else, like building new institutions? How about organizing society from the bottom-up rather than the top-down?

Just as the corporate media proclaimed that Hillary won the democratic nomination before she had, they say that Britons will vote today to Remain rather than Leave the EU, before they vote – a variation on more overt tactics of disenfranchisement. The tragic murder of British MP Jo Cox one week ago has been used to push this preordained conclusion.

Whether or not the foregone conclusion of the corporate media comes to pass, thankfully, starting tomorrow, we will have to hear less about the so-called debate on Brexit – a debate which has been marked by lies, omission, and fear-mongering. New issues will capture the headlines, and new false choices will be presented. Ignore them as best you can.

It is summer time. Unplug your electronic devices, time to read books. Here are some good one’s: Bad Samaritans by Ha-Joon Chang (exposing the lies of rich nations which rewrite history in service of free trade ideology); News: The Politics of Illusion by Lance Bennet; Absurdistan by Gary Shteyngart; Democracy Incorporated by Sheldon Wolin; Johnny Got His Gun by Dalton Trumbo. Knowledge is potential power, to be acted upon, towards building new and better ways of organizing our world.

William A. Cohn, professor of jurisprudence at New York University, and lecturer on law, ethics and critical thinking at the University of New York in Prague, is now teaching Free Trade: theory and practice.