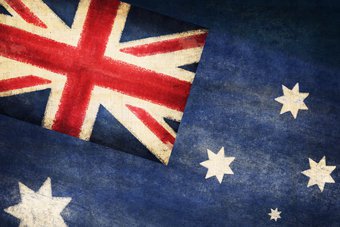 When sections in a piece of legislation assume their own properties, the state of debate is bound to be strained. In Australia, the Racial Discrimination Act (RDA), notably section 18C, has again become a central ball of political play.

Sections 18C and 18D were introduced as legislative responses to the 1991 National Inquiry into Racist Violence and the Royal Commission into Aboriginal Deaths in Custody.  The assumptions of these reports attribute to words, particularly those used in a certain way, dangers that can cause emotional and psychological harm.

Australia then joined much of the world in legislating against speech of a certain variety.  In many European states, bad ideas expressed with the good faith of a denialist, specifically on the subject of the Holocaust, is bound to earn you a prison sentence or a steep fine.

In placing Australian society on the road of good intentions, section 18C renders unlawful something reasonably likely to “offend, insult, humiliate or intimidate” someone (a person or groups) because of their race, colour or national or ethnic origin.  Given that individuals take offence regularly using race as a poor alibi should already demonstrate that the argument, and implementation, are bound to be flawed.

The defenders of the provision argue that haters, dissenters and rabblerousers dabbling in the seedy world of racial discrimination are perfectly protected (within bounds of decency, of course), by Section 18D.

The dispensing section is supposedly enlightened, exempting the application of section 18C in cases of artistic works, scientific debate and fair comment on matters of public interest.  The railroading proviso is that these are all made “reasonably” and in “good faith”.

This is all fine for Meredith Doig, who writes that the courts “have consistently held that the conduct under question must involve ‘profound and serious’ effects, not ‘mere slights’.”  Doig triumphantly produces a statistic that is meant to prove the rule.  “Less than 3 per cent of racial hatred complaints ever make it to court.”[1]  You have to begin somewhere.

Given that much argument and hate is fought in a world of insult (the cleverer the better) often waged intemperately and unreasonably, the protections of such an exempting section are bound to be skimpy. Australia’s continued hostility to a Bill of Rights insists that judges and lawmakers, not the public, which is regarded with suspicion, should determine reason and good faith.

A sense of the state of such argument can be gathered every time chatter about reforming Section 18C disturbs the political landscape.  Self-proclaimed vulnerable groups come out of the woodwork agitating against inappropriateness.  Submissions are rushed off, with free speech being their enemy.

In 2014, when this issue of reforming the RDA also cropped up, the Australian Tamil Congress submission to the Attorney General’s department (Apr 29) spoke of the constant stream of “stories from Australian Tamils of racism and racial discrimination.”[2]

The organisation wanted to be “free from verbal insults and offensive comments when walking down the street, when on public transport, in the workplace and online, let alone when they are reading the newspaper, listening to the radio or watching television.”  A world, in other words, cocooned from anything that might smack of any form of offence based on race.

The reformers have not come up with decent truck on the subject either. Former Federal Court Judge Ronald Sackville argues that two amendments might do the trick in balancing legitimate protection of groups against vilification with the pursuit of free speech.

This would involve replacing “offend, insult, humiliate or intimidate” with “degrade, intimidate or incite hatred or contempt”.  Supposedly, the latter is meant to be more onerous to demonstrate, though again, it would be a judicial matter as to how degradation or intimidation is measured.  In free speech land, many on the losing end of an argument, notably touching on the untouchables of racial identity, would argue to be intimidated and degraded.

The second point would entail that most deceptive, problematic and foolish of legal devices, the surpreme excuse for judicial meddling: the objective test that simply conceals subjective prejudices and assessments.

For Sackville, the legislation’s effects might be softened by abandoning the subjective test on hurt and offence and adopting an objective test on how “a reasonable member of the community at large” would respond to certain words and conduct.

The policing of words and the means to give a stern refutation, rebuke or attack, however vicious, is always a flirtatious move towards broader policing.  Such policy also attributes to a few individuals (the courts, in other words) the means to decide what might have constituted “fair comment” or appropriateness on words.  The unfree mind is a safe one, and the authorities will help you stay that way.

Free speech remains the terror of the Antipodean mind, one ever faithful to penal control and state regulation.  If a multi-ethnic society cannot broach the subject of discussing race, as opposed to its more hideous alternative of banishing discussion altogether, then its claims to legitimacy must be questioned. One can only be genuinely tolerant in accepting those who are intolerant, even foolishly so. Let me be degraded, in due course, before the sheer force of well-founded argument.