For the first time since UNHRC’s inception in 2006, Russia has lost an election to the UN Human Rights Council after being narrowly beaten by Croatia in a vote. Saudi Arabia was successfully re-elected, despite criticism from human rights organizations.

The 47 places on the council are distributed on a regional basis, with staggered ballots seeing a third of the body re-elected each year. Russia had finished its three-year term and was running against Hungary and Croatia for the two available seats from Eastern Europe.

With Hungary far ahead, Croatia received the votes of 114 of the 193 member countries, and Russia was selected on 112 ballots.

“”It was a very close vote and very good countries competing, Croatia, Hungary. They are fortunate because of their size, they are not exposed to the winds of international diplomacy. Russia is very exposed. We’ve been in the UNHRC for several years, and I am sure next time we will stand and get back in,” said Russia’s UN envoy Vitaly Churkin. Russia is eligible to run next year, against a new set of countries.

Saudi Arabia sailed through the Asian ballot with 152 votes, and will represent the region on the UNHRC alongside China, Japan and Iraq for the next three years.

South Africa, Rwanda, Egypt and Tunisia were chosen from the African group, Cuba and Brazil from Latin America and the Caribbean, and the US and the UK will represent the Western bloc, which comprises Western Europe and North America.

Over the next term, which will last between 2017 and 2019, the 14 chosen members will be tasked with formulating the UN’s official position on conflicts occurring around the world, as well as the domestic policies of member states.

The elections took place against a backdrop of criticism from non-governmental human rights organizations, who say that the body has been hijacked by oppressive regimes looking to deflect criticism and drive their own agendas.

Human Rights Watch and Amnesty International produced a joint statement earlier this year condemning Saudi Arabia for “an appalling record of violations” in Yemen, where it has conducted a bombing campaign against Houthi rebels since 2015, which has resulted in the deaths of up to 4,000 civilians. The two organizations called for Saudi Arabia, a member of the UNHRC since it was created in 2006, apart from a mandatory year-long break after two terms, to be suspended – to no avail.

Saudi Arabia used its power in the council to block an outside inquiry into the campaign last month, while leading a successful resolution that placed the responsibility of investigating human rights abuses in the hands of its allies, the exiled Yemeni government.

Saudi Arabia carried out 157 executions domestically last year – the highest number in two decades, and is on pace to match the number this year. Critics of the regime have often faced detention, while women do not enjoy autonomy and equal status before the law.

Riyadh has repeatedly refused visits from UNHRC rapporteurs looking to investigate the justice system, incidences of torture, and discrimination.

In its official campaign brochure, published ahead of the vote, Saudi Arabia boasted about its human rights record, claiming, for example, that it supports “the empowerment of women at all levels” in compliance with “Sharia law, which guarantees fair gender equality.” 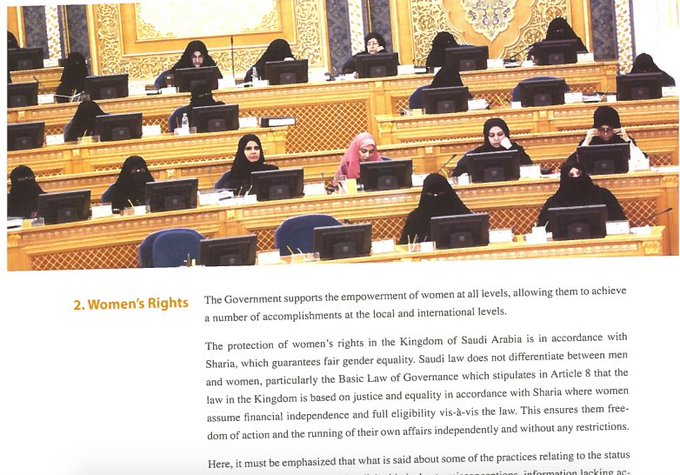 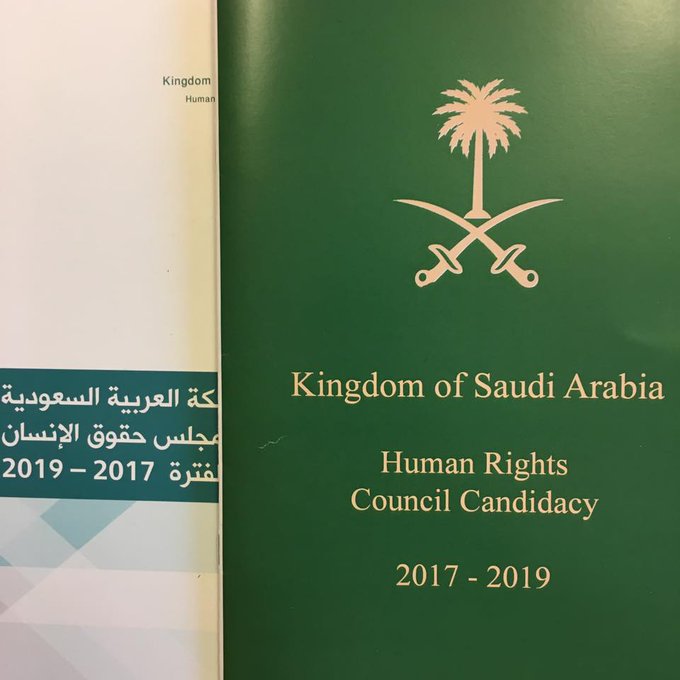 No joke: Saudi Arabia is running for the UN Human Rights Council—and their campaign brochure cites the Saudi record on. . . women’s rights.

Ahead of this year’s vote Russia came under concerted pressure from human rights organizations.

“The non-election of Russia shows that the nations of the world can reject gross abusers if they so choose,” said executive director Hillel Neuer. “This makes the election of Saudi Arabia, China and Cuba even more preposterous.”

A petition signed by 80 NGOs, including Human Rights Watch and Refugees International, asked the voting countries to “question seriously whether Russia’s role in Syria which includes supporting and undertaking military actions which have routinely targeted civilians and civilian objects renders it fit to serve on the UN’s premier inter-governmental human rights institution.”

Russia dismissed the petition, published this week, as “cynical” and “dishonorable,” and said the accusations were motivated more by politics than by concern for human rights. Moscow, which has been conducting airstrikes in the country over the past year, says that it is acting legally, following an official call for assistance from the Syrian government, and insists that its war efforts are targeted at terrorists. 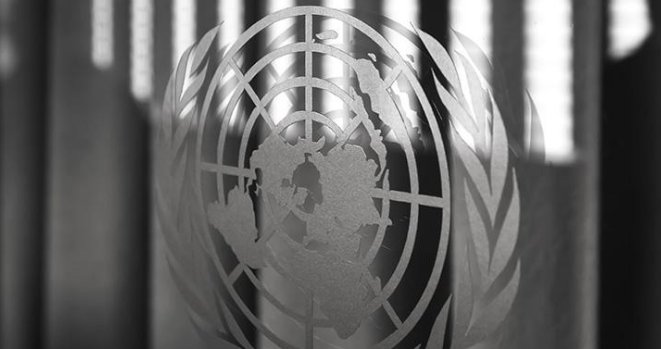 China, Cuba, Egypt, Iraq, Rwanda, which all succeeded in their quest for council membership, were also accused by NGOs of being undeserving of a place on the UNHRC.

The current human rights body replaced the United Nations Commission on Human Rights in 2006, which was plagued with identical accusations of domination by authoritarian regimes and preoccupation with Israeli violations in Palestine, at the expense of human rights crimes elsewhere in the world. The election of Muammar Gaddafi’s Libya to head the commission in 2003 was lambasted by Western media and politicians, and was seen as the catalyst for the reforms that have resulted in the formation of the UNHRC.