World’s Richest Increased their Wealth by $237 Billion in 2016

The world’s wealthiest 200 billionaires increased their net worth by $237 billion in 2016, taking their total wealth to $4.4 trillion as of the close of trading on Tuesday, an overall increase for the year of 5.7 percent, according to calculations by Bloomberg. 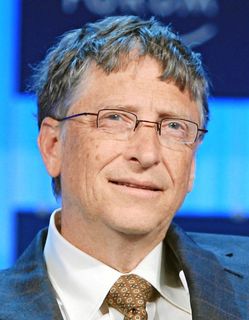 The major factor in the wealth increase is the surge in the US stock market since the election of Donald Trump on November 8, with the Dow Jones Industrial Average heading towards 20,000, an increase of close to 9 percent in seven weeks, or 69 percent on an annualized basis.

At the top of the rich list is Microsoft co-founder Bill Gates, whose net worth is $85.9 billion. As the Bloomberg report noted, without taking into account any interest payments or other wealth-enlarging factors, he would have to spend $2.3 million every day for the next 100 years to run down this vast fortune.

The biggest gainer for the year was Warren Buffet, whose investment firm Berkshire Hathaway saw its net worth increase by $11.8 billion, largely on the back of holdings in airlines and banks, whose stock values have soared since the election of Trump. His total wealth has risen to $74.1 billion, an increase of 19 percent for the year. 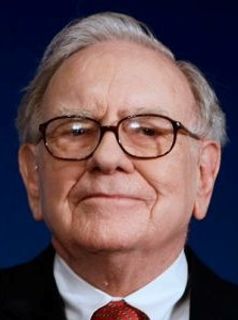 US billionaires have increased their wealth by $77 billion since the Trump victory based on expectations that his commitment to end corporate regulations and carry out both corporate and personal income tax cuts will boost profits.

That perception has been reinforced by Trump’s appointees to key cabinet posts, including billionaires Wilbur Ross to head the Commerce Department and former Goldman Sachs executive Steven Mnuchin as Treasury secretary. The two have a combined wealth of at least $5.6 billion, according to the Bloomberg index.

Summing up the post-election euphoria in ultra-wealthy circles, hedge fund billionaire Ray Dalio, who ranks 63rd on the top 200 list, said last week that Trump had lifted the “animal spirits” of capitalism and the market could rise even further. Simon Smiles, the investment manager for ultra-high-net-worth clients at UBS Wealth Management, said, “2016 ended up being a spectacular year for risk assets.”

Another major beneficiary was oil industry mogul Harold Hamm. His wealth more than doubled, rising by $8.4 billion to reach $15.3 billion, on the expectation that a Trump administration will slash regulations on the extraction of fossil fuels. Overall, the 49 energy, mining and metal billionaires saw the biggest increase in wealth of any category, recording an increase of $80 billion after a decline of $32 billion in 2015. 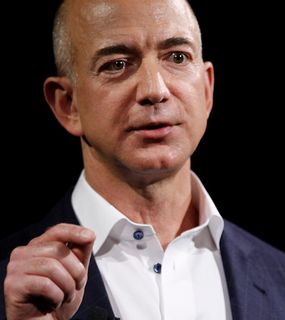 Other major beneficiaries were Amazon founder Jeff Bezos and Mark Zuckerberg, the co-founder of Facebook. Bezos, who doubled his wealth in 2015 to $60 billion, increased it by a further $7.5 billion this year, while Zuckerberg added $5.4 billion.

The accumulation of wealth at the heights of society is mirrored in income statistics. A recently completed study by economists Thomas Piketty, Emmanuel Saez and Gabriel Zucman found that the share of national income received by the bottom half of the US population has been reduced from 20 percent in 1980 to 12 percent, while the income of the top 1 percent has risen from 12 percent to 20 percent. In other words, some 8 percent of national income has been transferred from the bottom half of the population to the top 1 percent.

This trend has been accelerating not least because of the spread of part-time and contract working under the Obama administration, as revealed in a major study released this month. Conducted by Harvard economist Lawrence Katz and Princeton economist Alan Krueger, it found that 94 percent of the 10 million jobs created during the Obama administration were temporary, contractual or part-time positions. The proportion of workers engaged in such jobs increased from 10.7 percent of the population to 15.8 percent. At the same time, the study found that under Obama, there were 1 million fewer workers engaged in full-time jobs than there were at the start of the recession.

The growth of this type of contingent work provides a significant boost to profits. Employers of part-time labour are not required to provide benefits for employees. Young workers have been the hardest hit by the growth of contract labour and were the largest proportion of such employees. The study found that they generally do not receive any benefits, even when they are employed on a full time basis.

Krueger, a former chairman of the White House Council of Economic Advisers, said he was surprised by the findings of his own study, noting that the loss of full-time work has hit every demographic. “Workers seeking full-time, steady work have lost,” he said.

Together with the growth of fabulous wealth for the upper-echelons and the figures on rising income inequality, the Krueger-Katz study further punctures the hype of the outgoing Obama administration that it has organised an “economic recovery” benefiting the mass of ordinary workers and their families.

These trends are reflected internationally. A report released by the International Labour Organisation earlier this month found that wage growth world-wide has decelerated since 2012, falling from 2.5 percent to 1.7 percent. If China, where wage growth has been faster than elsewhere, is excluded, the growth in global wages drops from 1.6 percent to just 0.9 percent.

The ILO study also pointed to the rise of social inequality, noting that in Europe, the top 10 percent of employees take home 25.5 percent of total wages, while the bottom 50 percent get 29.1 percent.

This year has been characterised economically by a further increase in wealth and income for the top layers of society, continuing the trend since the global economic crisis. This redistribution of wealth and income from the bottom to the very top has been fuelled by the provision of trillions of dollars in ultra-cheap money to the banks and financial speculators.

Politically, it has been marked by a shift in the other direction, with the growth of social opposition.

This has taken the form of intensifying hostility to the entire official political establishment, reflected most notably in the Brexit vote in the United Kingdom and the US presidential election, not only in the support for Trump but more directly in the support for the self-proclaimed “socialist” Bernie Sanders.

At present, however, the political situation is marked by a profound contradiction. While the growth of social opposition is being driven by growing anti-capitalist sentiment, so far it has resulted in political gains for right-wing political forces, a contradiction that finds its sharpest expression internationally in the election of Trump and his installation of a cabinet of billionaires, military figures and ultra-right-wing and fascistic demagogues.

The responsibility for this situation rests entirely with the official “left” parties and the trade unions, which have functioned as the chief enforcers for all the attacks on the wages and social conditions of the working class in the US and world-wide since the crisis of 2008.

But while right-wing political tendencies have been the initial beneficiaries, the social crisis will intensify and assume ever more explosive forms, posing the necessity for the resolution of the present political impasse through the development of a mass socialist movement armed with a revolutionary perspective for the conquest of political power by the working class.