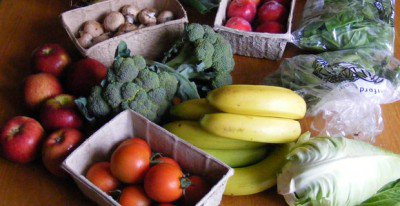 THE MOST COMMON DESCRIPTION OF HEALTH INEQUALITY TRENDS AMONG AND WITHIN COUNTRIES IS THAT HEALTH INEQUALITIES ARE INCREASING: A CLEAR INFRINGEMENT OF THE HUMAN RIGHT TO HEALTH.

This text is mostly abstracted from chapter 18 of the International Panel on Social Progress, 2016

-Inequality in health is a morally significant fact in itself.

2. The emphasis must be on equality of true access to services and the health outcomes the existing inequalities brings about. Emphasis must also be on equality in the resources being made available to all.Consequently, assessing equality has to focus on the equality of fundamental social status/class, i.e., the equality in the relations among members of a population that is rarely obtainable beyond inequalities in money, in power, and, to a large extent, in health and health care. [Keep in mind that social groups are marked either by their tendency to attract advantages and disadvantages across many distributive spheres, or by their social salience and relevance].

3. Further keep in mind that the continued high incidence of infant and child deaths in some countries plays a significant role in determining how personhood is bestowed over time, sometimes at a child’s first or even fifth birthday, instead of at birth; personhood is a human right.

4. Historically, the reduction in child mortality began to slow down in 1985 and reversed direction in 1994 (-1/2%) before resuming its former downward trend beginning in 1997.(i) How do we explain this interruption of more than a decade?: Structural Adjustment. This regime had dramatic negative effects on public health, leading to its visible deterioration. Add HIV/AIDS and TRIPs to these determinants and you get pretty much the full picture. (Child deaths from HIV/AIDS peaked in 2005 and have declined thereafter, no doubt as a consequence of people-demanded greater access to anti-retroviral treatments).
(i): Furthermore, note that, in all countries of the world, child mortality is significantly lower for children of more educated women even after adjusting for the effect of income/wealth.

5. Only by the turn of the millennium did the devastating impact of the World Bank’s policies on children’s rights become impossible to ignore. Since then,the new global health actors (Gates, GAVI, GFTAM) work in close collaboration with Big Pharma and are in an important sense driven by the desire to generate a new regime for pharmaceutical innovation and a new stream of revenue flows for the pharmaceutical industry. In this way, public (not really public?) health is being resurrected as a profitable area of investment in ways that shape the kinds of health care interventions that are prioritized and this forecloses the revival of a truly public health care infrastructure. This has resulted in overwhelmingly vertical funding schemes focused on single diseases. The vertical orientation has equally brought about a new dominance of public-private initiatives and other para-statal actors over national actors.

By now we know

1. Social and environmental factors influence child development in a broad way and, through this process, also influence adult health. In a strong way, adult mortality is socially and economically differentiated in all countries.(Serious illness does not lead to bankruptcy where there is social insurance…). A lack of programs targeting both children and overall economic wealth redistribution thus has long-term consequences for adult health and survival –their right to health included.

7. To date, global health inequalities in child health do remain highly pertinent. However, health inequalities within countries are widespread too. Economic disparities are not only persistent, but in some areas widening. The economic gap between urban and rural, and the formal and informal economic sector is starkly visible in health trends and outcomes. Large disparities in health services and outcomes are not confined to economically poor countries, but can be found in countries throughout the world. In the United States of America, for instance, access to health services for children is highly unequal. Health prospects there intersect with race, gender and economic status.

8. We further note that, while some of the most celebrated global health interventions of the past few decades have targeted infants and in particular under-five year olds, the specific health risks of adolescents are still relatively neglected.

9. Within country mortality differences by income, wealth, class and level of education also persist. In many countries inequalities in adult mortality are increasing; most typically when adult mortality improves faster among the better off. Therefore, life expectancy between countries differs –and it looks like the dispersion is about the same in 1955 as in 2015 (about 35 years between the two countries with highest and lowest life expectancy).

Why do social class differences in health reappear again and again in every new generation?

1. Child mortality in poor household is around double that of rich households in the same country. Study results show a gradient in infant mortality from income quintile 1 to income quintile 5. This is the typical pattern in any country.

11. Middle-aged white Americans have experienced increasing mortality during the 1999-2013 period. However, this trend only applies to low educated whites, not to those of middle or high education groups. Actually, since at least 1990, there is a longer trend of generally widening mortality differences between educational groups –and not only in middle-aged men and women. The mortality of white men and women with less than twelve years of schooling has been growing gradually worse over time.(ii) : Is it likely that global market forces and corporate actors now exercise a growing influence over national income distributions, labor markets, consumption patterns, taxes and welfare policies in general that are too powerful for national governments to balance? 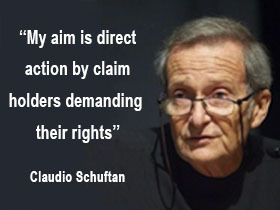 12. Bottom line: According to the influential report of the WHO Commission on Social Determinants of Health (2008), health inequalities and the violation of the right to health are not consistent with a ‘business as usual’ approach to tackle them.

The social determinants of health (SDH) are those circumstances in which individuals are born, grow, work and age.

They also pertain to all those forces and systems that affect those circumstances like the economic, social and development policies and the cultural norms. In general, also key are the political systems that regulate how wealth and power, prestige (status) and (natural) resources are distributed globally, nationally and locally.

From a more formal perspective, the social determinants of health are the structural components of a major model of causality arrived-at to specifically explain and understand (give a rational basis) to our observations and actions with regards to the health of a population at multiple levels and contexts, i.e., how these factors determine health and well-being. This new eco-epidemiological paradigm recognizes the social and historic determination of health centered around risk factors that cannot be ignored and, particularly, recognizing the distributive inequality of the opportunities to succeed in achieving good health outcomes. The SDH paradigm replaces the obsolete paradigm under which our observations about the interactions between the physical and social environments are considered ‘difficult to frame and to appropriately match’. (Oscar Mujica, PAHO)

Posted by Jaime C. on January 1, 2017 in Uncategorized and tagged Health, World.