Talk Grows in U.S. of Possibility of Military Strikes on North Korea

Talk Grows in U.S. of Possibility of Military Strikes on North Korea 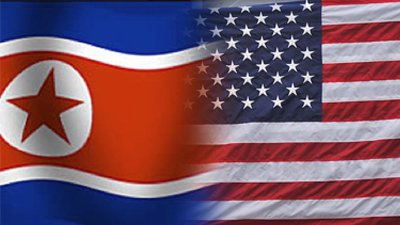 Talk is growing in the United States of the possibility of using military strikes to take out North Korea’s nuclear and missile capabilities after the North’s leader, Kim Jong-un, threatened he’s close to testing a long-range missile apparently capable of hitting the U.S.

Kim said in his New Year’s Day address that the communist nation has reached the final stage of preparations to test-launch an intercontinental ballistic missile. The remark was seen as a thinly veiled threat that Pyongyang is close to developing a nuclear-tipped missile capable of striking the continental U.S.

The threat appears to have stoked genuine fears of security among Americans, with reporters bombarding the Defense Department with questions of what the U.S. is going to do about the North’s missile, including whether it’s going to shoot it down or even launch a preemptive strike before it’s fired.

It also prompted President-elect Donald Trump to send a tweet: “North Korea just stated that it is in the final stages of developing a nuclear weapon capable of reaching parts of the U.S. It won’t happen!”

On Wednesday, a private intelligence analysis firm, Stratfor, even laid out a list of potential targets in North Korea, including the Yongbyon nuclear complex, home to the North’s plutonium-producing reactor and reprocessing facility.

“When considering an attack on North Korea, there are two broad categories of strikes to deliberate. The first is a minimalist strike, specifically focused on dismantling the North’s nuclear weapons program. In this scenario, the United States would engage North Korean nuclear objectives only,” Stratfor said in an analysis piece carried by MarketWatch and, titled, “How the U.S. could derail North Korea’s nuclear program by force.”

“By not launching strikes on other North Korean targets, Washington leaves the door open, if only slightly, for de-escalation if Pyongyang can be convinced that the strike is not part of a regime change operation. What benefits Pentagon planners in this scenario is that a limited strike requires less resources and preparation, enhancing the element of surprise,”

Potential targets in the minimalist strike include the Yongbyon complex, including the 5-megawatt nuclear reactor and the reprocessing plant, as well as the Pyongsan uranium mine that provides fuel for the reactor, and the Pyongsong nuclear research and development facility, known as the North’s “Silicon Valley,” Stratfor said.

U.S. defense officials were quoted by Reuters as saying that if ordered, the U.S. military has three options to respond to a North Korean missile test: a pre-emptive strike before it is launched, intercepting the missile in flight, or allowing a launch to take place unhindered.

Still, many arms and defense experts agree that a military strike is too risky to consider, especially in consideration of the proximity of Seoul to the border with North Korea and the possibility of the North showering artillery shells on the bustling capital area.

Military strikes “would be a wild gamble, especially with the Seoul-Inchon region — South Korea’s commercial, political and population heart — so close to the border. Although the DPRK would lose any war, it could cause horrendous casualties before succumbing,” said Doug Bandow, a senior fellow at the Cato Institute and a former special assistant to President Ronald Reagan.

“Yet the great achievement of America’s military presence for the past six decades has been to prevent precisely such a conflict from occurring,” he said in a recent piece carried by the National Interest.

Jeffrey Lewis, an expert on North Korea’s military, was also quoted by Reuters as questioning whether U.S. missile defenses could shoot down a test missile, saying destroying North Korea’s nuclear and missile programs would be a huge and risky undertaking.

Lewis, director of the East Asia Nonproliferation Program at the James Martin Center for Nonproliferation Studies (CNS), was also quoted as saying that the North’s main nuclear and missile test sites were on different sides of the country, and an ICBM can be launched from anywhere in the country because it’s mobile.

“While everyone says North Korea is at the top of the U.S. foreign policy agenda, other than strengthening deterrence, imposing tough sanctions that remove North Korea from the international financial system, there is little the U.S. can do in the near-term that does not risk a war, thousands of U.S. and hundreds of thousands of South Korean deaths,” he said.

Posted by Jaime C. on January 5, 2017 in Uncategorized and tagged North Korea.