The Office of the Director of National Intelligence has released the long-awaited unclassified version of its report allegedly proving Russian interference in the U.S. elections. The media in the United States have run with this story as the final confirmation that Russia deliberately interfered in the presidential elections with the aim of electing Donald Trump.

With the result being that tensions with Russia, the other truly major nuclear power, are higher than they have been since the fall of the Soviet Union.

With the stakes being so high, the report itself is shockingly underwhelming. The 15-page report consists of, in addition to various cover pages and explanatory sheets, five pages recapitulating information already released by the government—without any evidence, even of the most general kind. Then, seven pages of bizarre content analysis and freshman-level marketing summaries on the television channel RT. Even more bizarre, the bulk of the information related to RT is five years old, yet somehow is being used as evidence of interference in the 2016 election. 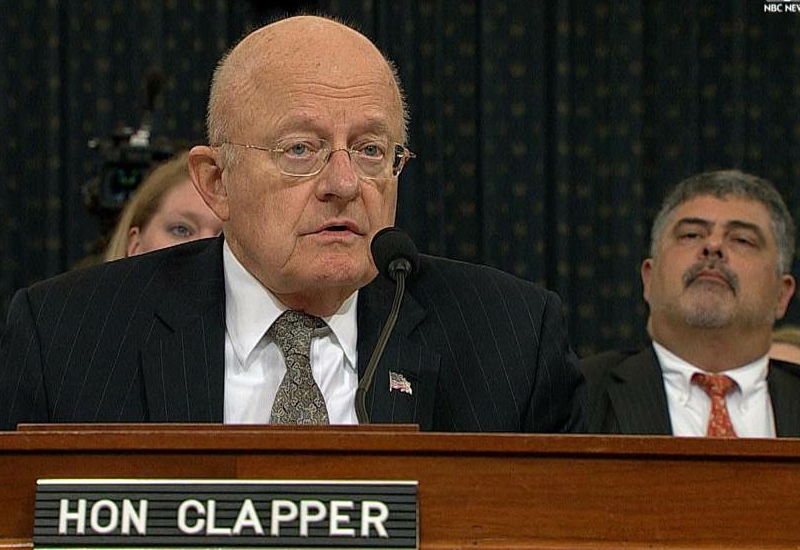 Even a number of anti-Russia specialists who do believe the general assertions have issued statements ripping the report for failing to prove anything. For instance, professional Putin-basher (and to be fair, noted political analyst) Julia Ioffe took to Twitter to say that “a lot” of “Russia watchers” none of whom “like Putin/Trump” are very skeptical.

The bulk of the “evidence” presented consists simply of assertions—statements like, “We assess with high confidence that the GRU relayed material it acquired from the DNC and senior Democratic officials to WikiLeaks.” And that’s it. Whether it’s the alleged hacking by Russian agencies or the direct involvement of Vladimir Putin and the general motivations of various Russian actors, it’s the same script, an assertion of Russian malfeasance without even the remotest reference to any of the “sources or methods” used to determine these assertions.

Most of this “evidence” has already been presented in the public sphere, leaked by intelligence agencies to pliable media sources who for months now have dutifully reported that Russia—beyond a shadow of a doubt—interfered in the elections to help Trump.

There are a number of problems with this. First and foremost, there is no unanimity in the cybersecurity world as to the allegations’ truth or falsehood, and many experts have raised serious doubts. More important though is why the media (and DNC) is reporting the absolutely certainty of the fact when the explanatory note in the report itself is not so sure. For instance, the CIA/NSA/FBI all have high confidence that Russia interfered. But what does “high confidence” mean?

High confidence generally indicates that judgments are based on high-quality information from multiple sources. High confidence in a judgment does not imply that the assessment is a fact or a certainty; such judgments might be wrong.

In terms of the allegations that it was done directly to help Donald Trump, the NSA only has “moderate confidence.” Well what does that mean?

Moderate confidence generally means that the information is credibly sourced and plausible but not of sufficient quality or corroborated sufficiently to warrant a higher level of confidence.

So in their own words, the “intelligence community” is telling the world that while they think this is what happened they don’t know it happened. This is extraordinary given the complete certainty the media and large sections of the Democratic Party establishment are telegraphing to the public about these claims.

This is really the upshot of all these claims regarding hacking and influence peddling. Many nations, in particular the United States, frequently seek to influence the politics and policies of other nations. For instance, a September 2014 New York Times report outlined how many nations spend big bucks funding U.S. think tanks in order to push particular policies. The report highlights in particular Norway’s $5 million donation to the Brookings Institution in return for Brookings’ scholars promoting a doubling of funding for a particular foreign-aid program Norway liked.

Also, of course, Israel regularly uses its influence in America elections. Haim Saban, for instance, a top donor to Hillary Clinton and many Democrats, said his only goal in donating money was to influence pro-Israel policy. And of course that is just the tip of the iceberg.

Stations like RT and Radio Sputnik principally run programming highlighting elements of the political sphere in the U.S. rarely heard on mainstream media, including many commentators from socialist backgrounds as well as libertarians and varying varieties of progressive ideological views. Everyone from well-liked progressive radio commentator Thom Hartmann, to Pulitzer Prize-winning radical journalist Chris Hedges have shows on the RT Network, for instance.

Nothing illustrates this better than the report itself. In listing evidence that RT is seeking to nefariously influence America the report notes RT has run programs highlighting anti-fracking messages, third-party political candidates, and Occupy Wall Street (coverage for which RT was nominated for an Emmy). They also list, as further proof of RT’s demonic agenda, that RT reports often “allege widespread infringements of civil liberties, police brutality and drone use.”

In other words RT capitalizes on the fact that mainstream media in America refuses to provide any significant coverage for anything outside of the agenda of the centrist, pro-capitalist, two-party duopoly. Not surprisingly non-mainstream commentators often have beliefs that differ from American foreign- and domestic-policy establishments. Some of these views are similar to those taken by the Russian government, which is neither strange nor nefarious.

What is the report really about?

So, again, the report does two things. It makes several pages of entirely unsourced assertions and it establishes that Russia, like Norway, Israel and just about every other nation with the means, seeks to influence political conversations in America. Further, the report itself outlines that this influencing actually consists of highlighting varying political commentators who happen to not be the people you routinely see on CNN and who have a different perspective, and often whose issues and stories are woefully under covered.

In other words, the report shows nothing, it simply compiles information already known that does not in fact show definitively that Russia tried to tip the election for Trump or hacked the DNC. It isn’t that either couldn’t be true, just that there is no proof.

Essentially, intelligence agencies are asking us to “trust” them. This report emanates from the Director of National Intelligence James Clapper’s office. Clapper, you may remember, was caught red-handed lying—under oath—to Congress about NSA spying. Lying, that is, about intelligence “sources and methods,” the same thing we are being told to trust them on now.

We can, of course, go further and note that the CIA/FBI/NSA not only have long and well-documented histories of deliberately misleading the American public but also include numerous examples of using journalists as vectors for disinformation.

So what could really be going on here?

Well, we have “high confidence” that what appears to be happening is that elements of the national security state and the Democratic Party high command are working in league to accomplish two goals. One, to prevent major changes in U.S. policy with Russia, and two, to cover up the incompetence of the Democratic presidential campaign, which led directly to the rise of Trump. In the process, the NSA and CIA are heavily rehabilitating their image.

Net favorability among Democrats in terms of how they view the CIA was at -4 percent in 2015; it stands at 32 percent today.

Since the fall of the Soviet Union, the United States and NATO have pushed relentlessly East. Containing and hobbling Russia, preventing it from returning to the world stage, has been a key geopolitical goal. However, Russia is capitalist. So unlike during the Soviet period, there is little formally standing in the way of a more friendly relationship between the two nations. Indeed, many American corporations have done lucrative business in Russia. Before the last round of sanctions from the Obama administration, pro-business trade associations in the United States, including the largest, the Business Roundtable, expressed reservations about moving forward with more sanctions.

Donald Trump promised better relations with Russia. Most of those focused on continuing a cold war-type posture backed by Hillary Clinton. Her loss portended a changing of the guard in U.S.-Russia policy. Until now, where Trump is painted into a corner, any move he makes towards closer relations with Russia will appear too many and certainly be presented by the media and the Democrats as treasonous.

Maintaining a variation of the status quo, then, is the easiest way to avoid looking like a dupe.

Further, the heavy focus on Russia’s role has partially obscured the Democratic Party’s weak campaign, which alienated significant sectors of its core base. The workers in the Rust Belt who switched to Trump and those in the inner cities who stayed home clearly were not driven by Putin. Deindustrialization and Clinton’s limited record regarding Black America (including cheerleading mass incarceration) were already known.

Further, the broad outlines of what the DNC report revealed were visible almost from the beginning of Sanders’ campaign. Well before anything was leaked, the hashtag #BernieorBust was well known.

However, if it was Russia’s fault, as opposed to a failure to address the needs of broad sectors of working class and oppressed people, then a full examination of the corporate sycophancy of the top Democratic leadership need not take place.

As for Republicans, the right-wing media has conducted a 20 or so year hate campaign against Hillary Clinton, all without the help of Russia. It is dubious that the Russian influence was greater than the alt-right fever swamps in terms of creating and promoting absurd stories aimed at undermining her, or that such filth would not have surfaced without Russian involvement.

Clearly, a massive misdirection play is being run right now. If the claim being made was simply that Russia tried to influence politics in the United States, this would be uncontroversial. Instead, the best guesses of the intelligence community as to who allegedly hacked (some experts believe it was a leak not a hack) the DNC and John Podesta are being presented as gospel truth and weaponized—with the only result so far being the rehabilitation of the CIA’s image and the partial derailment of a true reckoning among Democrats for why Hillary Clinton lost.

Neither, of course, are good reasons to risk taking the world’s two largest nuclear powers closer to the brink.

The original source of this article is Liberation
Copyright © Eugene Puryear, Liberation, 2017