US Is No Longer A Full Democracy, EIU Warns 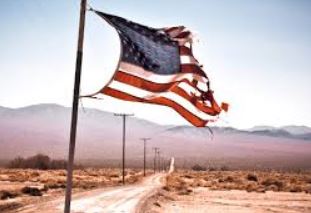 January 25, 2017 “Information Clearing House” – “CNBC” – The U.S. has been demoted from a full democracy to a flawed democracy for the first time, according to the Economist Intelligence Unit (EIU).

America’s score fell to 7.98 last year from 8.05 in 2015, below the 8.00 threshold for a full democracy, the EIU announced in a report on Wednesday. That put the world’s largest economy on the same footing as Italy, a country known for its fractious politics.

A flawed democracy is a country with free elections but weighed down by weak governance, an underdeveloped political culture and low levels of political participation, according to the EIU. Other flawed democracies in 2016 included Japan, France, Singapore, South Korea and India, the report said.

However, Washington can’t point fingers at President Donald Trump for the nation’s downgrade.

“The U.S. has been teetering on the brink of becoming a flawed democracy for several years, and even if there had been no presidential election in 2016, its score would have slipped below 8.00,” the report explained. Instead, dwindling trust in government, elected representatives and political parties is to blame.

“Trust in political institutions is an essential component of well-functioning democracies. Yet surveys by Pew, Gallup and other polling agencies have confirmed that public confidence in government has slumped to historic lows in the U.S. This has had a corrosive effect on the quality of democracy,” the report found.

As other developed countries experience a similar trust deficit, contemporary democracy is undergoing a crisis, the EIU said.

The increasing role played by non-elected technocrats, increased voter abstention and curbs on civil liberties are among the main symptoms of this global malaise, the EIU said, noting that almost half of the 167 countries covered by its index registered a decline in overall scores between 2006 and 2016.

Countries that scored between 4 to 5.9 on the index were classified as hybrid regimes, i.e. nations whose elections possess several irregularities. Examples on the EIU’s list included Turkey, Thailand, Myanmar and Morocco.

Norway topped the EIU’s list of full democracies last year, followed by Iceland, Sweden, New Zealand and Denmark; Canada and Ireland tied for sixth place. The U.K., which also experienced a volatile 2016 with its Brexit referendum, was ranked 16th amid a rise in popular engagement and membership of political parties.

Meanwhile, North Korea, Syria, Chad and the Central African Republic were among the EIU’s authoritarian regimes.