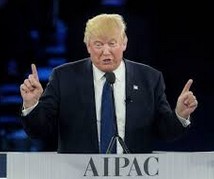 “Iran’s continued support for terrorism and development of its ballistic missile program poses a threat to the region, to our partners worldwide, and to the United States.  Today’s action is part of Treasury’s ongoing efforts to counter Iranian malign activity abroad that is outside the scope of the JCPOA,” said John E. Smith, director of the Treasury Department’s Office of Foreign Assets Control. “We will continue to actively apply all available tools, including financial sanctions, to address this behavior.”

The Treasury Department said that the sanctions are consistent with the Iranian nuclear deal’s guidelines and as a result of the sanctions, “all property and interests in property of those designated today subject to U.S. jurisdiction are blocked, and U.S. persons are generally prohibited from engaging in transactions with them.”

Treasury’s Office of Foreign Assets also designated a group supporting the revolutionary guard that works with Hezbollah based in Lebanon.

Just a few hours before the sanctions were released, the president tweeted about Iran.

Iran is playing with fire – they don’t appreciate how “kind” President Obama was to them. Not me!

This comes just a two days after Mr. Trump’s nationals security adviser, Michael Flynn, said that the administration was putting Iran “on notice” after it tested a ballistic missile.

“Iran continues to threaten U.S. friends and allies in the region,” Flynn said at the daily White House press briefing, adding that the U.S. is putting Iran on notice because “Iran is now feeling emboldened,” and the Obama administration failed “to respond adequately” to Iran’s actions.

His comments came after Iran’s ballistic missile test, and following the attack of a Saudi frigate by Iran-backed Houthi rebels. The ballistic missile launch flew 550 nautical miles and then exploded, CBS News’ David Martin reported. According to the Associated Press, a defense official said that the missile test had ended with a “failed” re-entry into the earth’s atmosphere.