Why The UN Branded Israel An Apartheid State 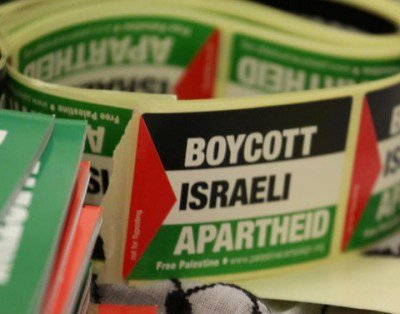 Apparently the Trump administration at Israeli urging threatened to defund the UN if this report was not withdrawn. The UN Secretary-General caved, and the executive director of ESCWA (who was also an under-secretary general of the UN), Rima Khalaf, has resigned. The legal case built by the ESCWA report remains sound.

A shouting match has been provoked this week by the United Nations Economic and Social Commission for Western Asia, which issued a report this week concluding definitively that Israel is guilty of Apartheid practices toward the Palestinians. The report is careful to say that it is not using the term merely as a pejorative but is rather appealing to a body of international law with precise definitions, definitions that Israel’s policies toward the Palestinians easily and transparently meet. Here’s the short blog version of the report, which runs to 76 pages.

Apartheid is a Dutch word meaning “apartness” and was used to describe the system of racial segregation deployed by the ruling Afrikaner minority in South Africa 1948-1991. In international law, however, it has been generalized to any government practicing systematic racial domination.

Article II of the International Convention on the Suppression and Punishment of the Crime of Apartheid (1973) defines it this way:

“The term “the crime of apartheid”, which shall include similar policies and practices of racial segregation and discrimination as practiced in southern Africa, shall apply to… inhuman acts committed for the purpose of establishing and maintaining domination by one racial group of persons over any other racial group of persons and systematically oppressing them.”

The 2002 Rome Statute, which has 150? signatories among the nations of the world, and which established the International Criminal Court, contained a definition of Apartheid.

“The crime of apartheid’ means inhumane acts . . . committed in the context of an institutionalized regime of systematic oppression and domination by one racial group over any other racial group or groups and committed with the intention of maintaining that regime…”

Apartheid is one of the listed “crimes against humanity” along with enslavement, torture, war rape, and forcible deportation. A crime against humanity is the systematic and continuous commission of war crimes.

Because of these international law instruments (the Rome Statute is a multilateral treaty), Apartheid now refers to a generalized crime, not just the policy of the old South African government.

1) the country has signed the Rome Statute or

2) that the UN Security Council has forwarded the case of a war criminal to the ICC.

Neither of these circumstances fits Israel, since it is not a signatory and the US would veto any attempt to charge a major Israeli politician at the International Criminal Court. This inability to bring Israeli officials to the Hague, however, is merely procedural. As a matter of law, Israel can still be guilty of Apartheid practices.

The UN report is concerned with specific legal infractions as spelled out by international law, and with the intention behind those infractions. Intent to dominate another people is important to the definition of Apartheid.

The report points out that

“The Israel Lands Authority (ILA) manages State land, which accounts for 93 per cent of the land within the internationally recognized borders of Israel and is by law closed to use, development or ownership by non-Jews.”

Going back to the colonial Jewish National Fund, there has been a practice that once land is owned by Zionist institutions, including the Israeli state, it can never be sold to a non-Jew– it is permanently taken off the market on a racial basis.

The Law of Return is another discriminatory practice. Any Jew anywhere in the world can emigrate to Israel. But no Palestinian family expelled in 1948 can return to their ancestral homeland.

The report argues that in the Israel-Palestinian context, Palestinians are a “race.” I would add that the exclusion of Palestinian spouses of Israeli citizens underlines this definition, since one characteristic of race is endogamy or marrying within the in-group.

Other UN decisions have recognized the Palestinians as a people entitled to self-determination (and indeed such recognition goes back to the correspondence of League of Nations states overseeing the British Mandate over Palestine in the 1920s).

As for the specifics of Apartheid in the Occupied West Bank, the UN document observes that this territory is virtually a textbook case in Apartheid governance:

“Domain 3 is the system of military law imposed on approximately 4 .6 million Palestinians who live in the occupied Palestini an territory, 2 .7 million of them in the West Bank and 1.9 million in the Gaza Strip. The territory is administered in a manner that fully meets the definition of apartheid under the Apartheid Convention: except for the provision on genocide, every illustrative “inhuman act” listed in the Convention is routinely and systematically practiced by Israel in the West Bank. Palestinians are governed by military law, while the approximately 350,000 Jewish settlers are governed by Israeli civil law. The racial character of this situation is further confirmed by the fact that all West Bank Jewish settlers enjoy the protections of Israeli civil law on the basis of being Jewish, whether they are Israeli citizens or not. This dual legal system, problematic in itself, is indicative of an apartheid regime when coupled with the racially discriminatory management of land and development administered by Jewish – national institutions, which are charged with administering “State land” in the interest of the Jewish population.”

The Executive Summary is here.

Why The UN Branded Israel An Apartheid State