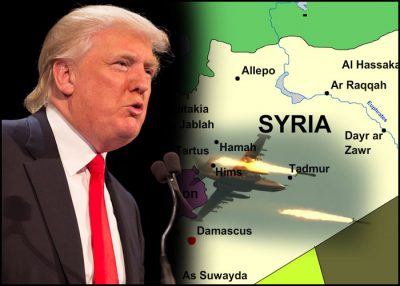 In this short note I describe why the chemical forensic analysis and logic described in the French Intelligence Report of April 26, 2017 (FIR) could lead to a high confidence conclusion that an indigenous nerve agent attack in Denver, Colorado was perpetrated by the Syrian government.

Such an obviously flawed investigative finding would be a product of the same combination of irrational arguments and unsound scientific evidence that the FIR used as its basis to reach a conclusion that the Syrian government must have executed in nerve agent attack on April 4, 2017 in Khan Sheikhoun.

We start from quoting directly from page 2 of the French intelligence report, which can be found in a PDF file at :

France therefore independently and categorically confirms that sarin was used on 4 April. The United States, the United Kingdom, Turkey and the Director-General of the OPCW have also established that sarin was employed on the basis of analysis of biomedical samples.

Aside from the lack of a rational linkage of asserted observations, the FIR falsely claims (or implies that) the presence of DIMP is a unique indicator that the sarin found by the French at Saraqib must have been produced by the Syrian government.  As it turns out, DIMP is likely to be found at any location where sarin has been introduced into the environment.  In the case of hexamine, this chemical can be produced by the military explosives in a sarin nerve agent dispensing munition or from explosives produced in military attacks unrelated to the use of sarin.

The diagram on the next page below shows the path from sarin that leads to DIMP.

Sarin is a complex unstable molecule that can easily be disrupted by impurities contained in the final product.  It is commonly produced by mixing a complex and difficult to produce chemical known as DF with isopropyl alcohol.  The chemical reactions that produce sarin also produce hydrogen fluoride, a powerful and highly corrosive acid.  In order to remove the hydrogen fluoride produced along with the sarin, a “fluorine scavenging agent” is mixed with the isopropyl alcohol when the two binary components are combined.  The component that is typically used as a fluorine scavenger is isopropyl amine.  The isopropyl amine does not play a role in producing sarin, its purpose is simply to chemically bond with the fluorine ions in the simultaneously produced hydrogen fluoride.

Another chemical that is capable of scavenging fluorine from the hydrogen fluoride is hexamine.  Hexamine is a solid and is relatively insoluble in isopropyl alcohol – but if it is mixed with decaying sarin, it can remove

the single fluorine atom that is attached to sarin molecules.  Figure 1 below shows a structural diagram that indicates the sequence of processes that could lead to the production of DIMP.

The sequence of steps that result in sarin being transformed into DIMP which FIR implies is a unique signature associated with sarin produced by the Syrian government.  In fact, DIMP could easily be produced in many circumstances from the normal breakdown of sarin after its use.

The sequence of steps that result in sarin being transformed into DIMP which FIR implies is a unique signature associated with sarin produced by the Syrian government.  In fact, DIMP could easily be produced in many circumstances from the normal breakdown of sarin after its use.

The point that DIMP is an expected product to be found in the aftermath of a sarin attck is made in a statement from United States Agency for Toxic Substances and Disease Registry (ATSDR) which is an arm of the Center for Disease Control (CDC).  The ATSDR document that describes DIMP can be found at https://www.atsdr.cdc.gov/ToxProfiles/tp119-c1-b.pdf.

We quote from this document below:

Diisopropyl methylphosphonate, or DIMP, is a chemical by-product resulting from the manufacture and detoxification of GB (also called Sarin), a nerve gas that the Army produced from 1953 to 1957. … You might find diisopropyl methylphosphonate in places where GB has been produced, stored, or used, for example, the Rocky Mountain Arsenal (RMA) outside of Denver, Colorado.

It is therefore clear that if the FIR analysis that led to the identification of sarin as being produced by the Syrian government would have led to the same unsupported conclusion from the FIR if it were applied to an indigenous sarin attack in Denver Colorado.

This would particularly be the case if a sarin dispersing munition similar to the one described by FIR in the sarin nerve agent attack of April 29, 2013 was used in the postulated indigenous attack.  That particular munition had a small charge of military explosives to rupture the container and disperse the sarin.  The explosive would have certainly produced hexamine as a byproduct.  The hexamine could have readily broken the fluorine bonds on some of the sarin residue leading to the production of DIMP.  However, this is not the only path for producing DIMP the residues from a sarin attack.

Theodore A. Postol, professor emeritus of science, technology, and national security policy at MIT. Postol’s main expertise is in ballistic missiles. He has a substantial background in air dispersal, including how toxic plumes move in the air. Postol has taught courses on weapons of mass destruction – including chemical and biological threats – at MIT. Before joining MIT, Postol worked as an analyst at the Office of Technology Assessment, as a science and policy adviser to the chief of naval operations, and as a researcher at Argonne National Laboratory. He also helped build a program at Stanford University to train mid-career scientists to study weapons technology in relation to defense and arms control policy. Postol is a highly-decorated scientist, receiving the Leo Szilard Prize from the American Physical Society, the Hilliard Roderick Prize from the American Association for the Advancement of Science, and the Richard L. Garwin Award from the Federation of American Scientists.