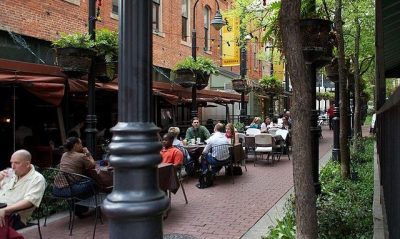 The answers to other questions in the poll also help to answer why this is so, and why the voting public don’t hold either Party in high regard — why America’s supposedly ‘democratic’ (small-“D”) politics is currently a contest between uglies, with neither Party offering anything like what the U.S. voting public want their government to do (i.e., it fits what this scientific study — linked there — found actually to control U.S. politics):

(Page 27) 41% think “President Trump should be impeached and removed from office,” and 45% think “no action should be taken” against him.

(Page 72) 48% think “President Trump colluded with the Russians during the election over the hacking of the Democratic National Committee and John Podesta’s emails.” 52% say “No” — Trump did not do that.

(Page 75) 54% say this is a “legitimate investigation”; 46% say it’s “fueled to create a cloud over the Trump administration.”

(Page 83) 73% say they are “concerned” that there has been “lost focus and energy by the administration and Congress because of the Russia investigation.” 67% say they’re “concerned” about “future interference by Russia in U.S. elections.”

(Page 95) 54% say “Yes” and 46% say “No” to “Do you think the so called ‘Deep State’ — the collection of intelligence agencies and holdover government workers from the Obama administration — is trying to unseat President Trump?”

(Page 96) When asked “Who do you think is more to blame for Hillary Clinton’s loss of the election?” 67% choose “Hillary Clinton and her campaign team for running a weak campaign” and 33% choose “Forces like the Russians, former FBI director Comey, and the Democratic National Committee not having reliable voter data.”

(Page 124) 74% “Favor” “Offering incentives for electric cars and renewable energy such as wind and solar.” 62% “Favor” Setting much tougher emission standards for cars and other vehicles.” 34% “Favor” “Putting coal, and all coal and clean coal plants, out of business.” Today’s American public take global warming seriously — or at least more seriously than Republican public officials do..

(Page 133) 47% think it was “Right” and 53% think it was “Wrong” for Trump “to pull the United States out of the current version of the Paris Climate Agreement.”

What this poll found is basically the same thing that has been shown in many different polls. So: former U.S. President Jimmy Carter, who was the last person who was able to win the White House without needing to rely upon billionaries in order to do it, was correct when he said that,

“Now it’s just an oligarchy with unlimited political bribery being the essence of getting the nominations for president or being elected president. And the same thing applies to governors, and U.S. Senators and congress members.”

Anybody who refers to this government as being a ‘democracy’ is way behind the times, because it has been, ever since 1980, controlled by its aristocracy; it is an “oligarchy” instead of a democracy; it is a “regime” instead of a government that represents its public. This regime represents its aristocrats. And that is why the public’s disapproval of this country’s leaders is so high. That happens in a regime, not in a democracy. Both of America’s Parties represent this country’s aristocracy, not America’s public. The latest Harvard-Harris poll simply adds to the already-overwhelming evidence of this. But the basic evidence on the matter was the Gilens-Page study. In their section “American Democracy?” they said:

What do our findings say about democracy in America? They certainly constitute troubling news for advocates of “populistic” democracy, who want governments to respond primarily or exclusively to the policy preferences of their citizens. In the United States, our findings indicate, the majority does not rule — at least not in the causal sense of actually determining policy outcomes. When a majority of citizens disagrees with economic elites or with organized interests, they generally lose. Moreover, because of the strong status quo bias built into the U.S. political system, even when fairly large majorities of Americans favor policy change, they generally do not get it.

One of the aristocracy’s many magazines, The Atlantic, headlined on June 21st, “Is American Democracy Really Under Threat?” and tried to fool their readers to think the answer is no; but, of course, they were pointing, as ‘evidence’, merely to nominal adherence to ‘democratic’ forms, and ignored the actual evidence on the matter, such as Gilens and Page examined in depth, and such as the many polls that have also been referred to in the links here have additionally reinforced. None of this actual evidence was even so much as mentioned. The honest answer to the article’s title-question is not just “Yes” but more than that: their question itself is more like their having asked “Is there a danger of the horse being stolen?” after the horse was already stolen, and has for decades (since at least 1980) already been absent from the barn; so, that article’s very title is a deception, even without its text (which is written for outright fools who can’t recognize what constitutes “evidence” that is suitable for a given allegation). A better question would therefore be: Why do people still subscribe to vapid propaganda-magazines like that? All propaganda should be free of charge. But, of course, in a dictatorship like this, people pay even for the right to be deceived. It’s no longer free-of-charge. That’s just the way things are — really are. It’s shown in the data — not in anybody’s mere platitudes about the matter. People pay to embellish the lies that they already believe. Most people want that, more than they want to come to know the truth. The worse the truth is, the more that people crave the myth which contradicts it — they’ll pay good money to mainline that into themselves: evidenceless reassurances, such as that article. But anyone who takes that type of pap seriously, won’t be able sensibly to understand such findings as were reported in the latest Harvard-Harris poll.

Investigative historian Eric Zuesse is the author, most recently, of  They’re Not Even Close: The Democratic vs. Republican Economic Records, 1910-2010, and of  CHRIST’S VENTRILOQUISTS: The Event that Created Christianity.