According to intelligence reports from Iraq, the US-led massacre in Mosul has claimed a staggeringly higher toll of Iraqi civilian lives than had previously been reported.

More than 40,000 men, women and children were killed in the grinding nine-month-long siege of Mosul, Iraq’s second-largest city, according to a report published Thursday by the veteran Middle East correspondent for the British daily Independent Patrick Cockburn.

Cockburn’s source is the former finance and foreign minister of the Iraqi government, Hoshyar Zebari, an Iraqi Kurd with close ties to Iraq’s Kurdistan Regional Government. The figure was supplied by Kurdish intelligence. 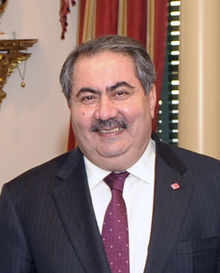 “The figure given by Mr Zebari for the number of civilians killed in the nine-month siege is far higher than those previously reported, but the intelligence service of the Kurdistan Regional Government has a reputation for being extremely accurate and well-informed,” reports Cockburn.

The sheer scale of the killing makes the siege of Mosul one of the greatest war crimes of the post-World War II era. While before the city fell to the Islamic State of Iraq and Syria (ISIS) in June of 2014 it had a population of approximately 2 million, by the time the siege began, there were still at least 1.2 million civilians trapped in Mosul. This population was subjected to horrific violence.

Earlier, the UK-based monitoring group Airwars had provided an estimate of 5,805 civilians killed in airstrikes by the US-led “coalition” between February 19 and June 19. This figure excluded those killed in the four preceding months of the siege, as well as those who died in the last three weeks of the intensive bombardment that reduced western Mosul’s Old City to rubble.

In his interview with Cockburn, Zebari attributed a significant share of the carnage to the relentless artillery bombardment of western Mosul by Iraq’s militarized federal police, using weapons that are inaccurate and of use only in terms of demolishing entire neighborhoods rather than targeting fighters of the Islamic State of Iraq and Syria.

The report issued earlier this month by Amnesty International, “At Any Cost: The Civilian Catastrophe in West Mosul,” also pointed to the devastating effect of these bombardments, which were used to compensate for the lack of sufficient numbers of adequately trained Iraqi troops to throw into combat in the crowded streets and alleyways of Mosul’s Old City.

“Pro-government forces relied heavily upon explosive weapons with wide area effects such as IRAMs (Improvised Rocket Assisted Munitions),” Amnesty charged. “With their crude targeting abilities, these weapons wreaked havoc in densely populated west Mosul, where large groups of civilians were trapped in homes or makeshift shelters. Even in attacks that seem to have struck their intended military target, the use of unsuitable weapons or failure to take other necessary precautions resulted in needless loss of civilian lives.”

The report described the artillery and rocket launchers employed by the Iraqi forces, working closely with US special forces “advisors,” as “indiscriminate weapons” that “must never be used in the vicinity of civilians.”

One indication of the scale of the killing has come, unintentionally, from the Iraqi government itself. Since proclaiming Mosul’s “liberation” on July 10, Iraqi officials have put out a statement claiming that its forces had “liquidated 16,467 terrorists.” When the siege began, US commanders estimated that there were somewhere between 3,000 and 5,000 ISIS fighters in the city. An obvious explanation for this discrepancy is that any male Iraqi killed in the city, fighters and civilians alike, has been designated as a member of ISIS.

Despite the fanfare by the Baghdad government over Mosul’s “liberation” and victory over ISIS, fighting is still being reported within the city, with guerrilla bands carrying out lethal attacks on Iraqi government units.

At the same time, there have been multiple reports indicating that the government forces and allied militias have been engaged in savage acts of collective punishment against Mosul’s survivors, including mass summary executions and torture.

Human Rights Watch reported Wednesday that international observers had discovered an “execution site in west Mosul.” It recounted their testimony that they found inside an empty building “a row of 17 male corpses, barefoot but in civilian dress, surrounded by pools of blood. They said many appeared to have been blindfolded and with their hands tied behind their back.” The human rights group cited a large number of similar incidents along with “relentless reports, videos, and photographs of unlawful executions and beatings by Iraqi soldiers.” 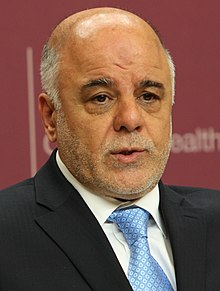 Iraqi Prime Minister Haidar al-Abadi made it clear that the government will do nothing to halt these atrocities. He described them as “individual acts and not widespread.”

The US corporate media has all but blacked out the reports of massive civilian casualties and the war crimes carried out since the retaking of Mosul. The Iraqi government itself has sought to bar reporters from the city in order to conceal the scale of the bloodshed and continuing executions.

While largely dropping its coverage of the ongoing humanitarian catastrophe in Mosul, the New York Times Thursday published a hypocritical editorial titled “Avoiding War With Iran,” which expressed some trepidation over the increasingly bellicose acts of the Trump administration aimed at provoking just such a conflict.

The “newspaper of record” suggests that “It is useful to recall the lead-up to the 2003 Iraq War arguably America’s biggest strategic blunder in modern times.” It criticizes the Bush administration for launching a war to overthrow the regime of Saddam Hussein“even though he had nothing to do with Sept. 11 and had no nuclear weapons.” It adds, “Mr. Bush decided to fight a pre-emptive war without a solid justification or strategy. Such a stumble into war could happen again.”

Conveniently forgotten in this cynical presentation is the fact that the Times as an institution played a major role in advocating and facilitating the Iraq war.

Its senior correspondent Judith Miller worked intimately with US officials to promote and embellish upon phony “intelligence” on non-existent Iraqi “weapons of mass destruction.” Thomas Friedman, the paper’s chief foreign affairs columnist, churned out columns advocating what he openly acknowledged would be a “war of choice” against Iraq, justifying it in the name of democracy, human rights and oil.

The newspaper set the tone for the rest of the media in terms of propaganda that paved the way to a criminal war of aggression that claimed the lives of over one million Iraqis and continues to generate mass murder in Mosul.

Even more chilling was an editorial column on Mosul titled “The City Is the Battlefield of the Future,” that appeared in the Wall Street Journal Thursday under the byline of one Maj. John Spencer, deputy director of the Modern War Institute at the US Military Academy in West Point, New York.

“The battle for Mosul represents the future of warfare,” Major Spencer argues, adding “U.S. commanders ought to imagine how they would handle a similar environment.”

Clearly, they have more than imagined it–in terms of Iraq–with US commanders directing much of the destruction rained down on the city.

Echoing what is now standard Pentagon doctrine, the major insists that the wars that the US military will confront will be fought in “cities — dense, often overpopulated and full of obstacles: labyrinthine apartment blocks, concealed tunnels, panicking civilians.”

His primary concern is that the Pentagon presently has no systematic training of its troops for urban combat, and that the word “siege”–the barbaric strategy employed against Mosul–does not appear in its training manuals.

He insists that US forces “need to be equipped to operate in large cities with new equipment, formations and doctrine.” He advances a modest proposal for meeting this need: “Major cities such as Detroit and the outer boroughs of New York have large abandoned areas that could be safely redeveloped as urban training sites.”

In other words, American troops are to be trained in the art of urban combat and siege warfare inside American cities. The proposal suggests that what the major is really urging Pentagon commanders to “imagine” is using the military to suppress revolutionary upheavals in the US itself.