We should be scared to death that Sally Q. Yates served as a prosecutor in the Justice (sic) Department for 27 years. In the New York Times Sally takes high umbrage to Trump’s criticism of his attorney general, Sessions, and blows Trump’s disappointment with Sessions into an attack by Trump on the rule of law.

Sally has it backwards. The rule of law is being attacked by the appointment of a special prosecutor to find something on Trump in the absence of any evidence of a crime.

In 1940 US attorney general Robert Jackson warned federal prosecutors against

“picking the man and then putting investigators to work, to pin some offense on him. It is in this realm—in which the prosecutor picks some person whom he dislikes or desires to embarrass, or selects some group of unpopular persons and then looks for an offense—that the greatest danger of abuse of prosecuting power lies. It is here that law enforcement becomes personal, and the real crime becomes that of being unpopular with the predominant or governing group, being attached to the wrong political views or being personally obnoxious to, or in the way of, the prosecutor himself.”

Robert Jackson has given a perfect description of what is happening to President Trump at the hands of special prosecutor Robert Mueller. Trump is vastly unpopular with the ruling establishment, with the Democrats, with the military/security complex and their bought and paid for Senators, and with the media for proving wrong all the smart people’s prediction that Hillary would win the election in a landslide.

From day one this cabel has been out to get Trump, and they have given the task of framing up Trump to Mueller. An honest man would not have accepted the job of chief witch-hunter, which is what Mueller’s job is. 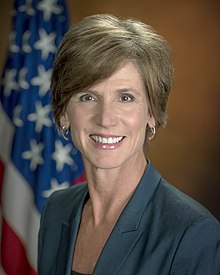 The breathless hype of a nonexistent “Russian collusion” has been the lead news story for months despite the fact that no one, not the CIA, not the NSA, not the FBI, not the Director of National Intelligence, can find a scrap of evidence. In desperation, three of the seventeen US intelligence agencies picked a small handful of employees thought to lack integrity and produced an unverified report, absent of any evidence, that the hand-picked handful thought that there might have been a collusion. On the basis of what evidence they do not say.

That nothing more substantial than this led to a special prosecutor shows how totally corrupt justice in America is.

Furthermore the baseless charge itself is an absurdity. There is no law against an incoming administration conversing with other governments. Indeed, Trump, Flynn, and whomever should be given medals for quickly moving to smooth Russian feathers ruffled by the reckless Bush and Obama regimes. What good for anyone can come from ceaselessly provoking a nuclear Russian bear?

The new Russian sanctions bill passed by Congress is an act of reckless idiocy. It was done without consulting Europe which will bear the cost of the bill and might reject it, thus sending shock waves through the fragile American empire.

Trump should take his case to the American people, not via Twitter, but with a major speech. Fox News and Alex Jones, either of which has a larger audience than CNN and the New York Times, would broadcast Trump’s speech. Trump should make the case that Congress is over-reaching its constitutional authority and also preventing a reduction in dangerous tensions between nuclear powers. Trump should ask the American people forthright if they want to be driven into war with Russia by gratuitous provocation after provocation.

Because of the powers that Bush and Obama thoughtlessly gave the presidency, Trump can declare a national emergency, cancel Congress, and arrest whomever he wishes. Of course, the presstitute media would do everything possible to sway the people and the US military against the state of emergency, but if there were a real “Russian collusion,” Trump would have Putin initiate a major crisis that would bring the people and the military to Trump’s side. That no such thing will happen is total proof that there is no “Russian collusion.”

Even the Washington Post, an initiator and leader of the breathless “Russion collusion” lie has now published an article, “The quest to Prove Collusion is Crumbling,” that concludes that the entire orchestration is a hoax.

As the Washington Post article says, “the story that never was is not happening.”

So the great “superpower America,” the “exceptional, indispensable country,” has wasted 7 months of a new presidency in a hoax when it could have been repairing the relations with Russia and China that were seriously damaged by the criminal Bush and Obama regimes. What are the utter fools that comprise the American Establishment thinking? Why do the morons want high tensions with the two powers that can remove the United States and its impotent European and British vassals from the face of the earth in a few minutes? Who gains from this? What is wrong with the American people that they cannot understand that they are being driven to their destruction? Insouciant America is clearly not a sufficiently strong term.

To come back to the ridiculous Sally Q. Yates, clearly Sally is the embodiment of the Insouciant American. She says she spent 27 years as a Justice (sic) Department prosecutor. Yet, she is able to write this utter nonsense:

Where was Sally Q. Yates when US attorney Rudy Giuliani used the presstitute media to frame up Michael Milken and Leona Helmsley? Giuliani never had any valid indictment against Milken but used the media and FBI harrassment of Milken’s relatives to force Milken into a plea bargain and then had Milken double-crossed by the bimbo judge, who was denied her reward to the Supreme Court because it came to light that she illegally employed illegal aliens.

Today, thanks to the corrupt American media, 99.9% of people who remember the Milken case think that Milken was convicted of insider trading, a charge for which no evidence was ever presented and which was totally absent from the coerced plea bargain that the media helped Giuliani secure.

As best I remember my investigation of the Helmsley case, Rudy dropped charges against a corrupt accountant in exchange for false testimony against Helmsley. As I remember, both Judge Robert Bork and Alan Dershowitz, attorneys in the case, told me that the charge of tax evasion against Helmsley was preposterous. The Helmsley hotels were fully depreciated and were surviving by guest rentals alone. If the Helmsleys had wanted to reduce their income tax, all they needed to do was to sell their existing depreciated holdings and purchase other hotels in order to crank up the depreciation that reduces income tax.

Whatever Justice (sic) Department case you look at, it stinks to high heaven. It is extremely difficult to find any justice in America.

But Sally is certain that President Trump’s criticism of his weak AG means the end of the rule of law in the US. As many on the left would say, the US has never had a rule of law. It has a rule of power. How else do we explain the enormous war crimes of the Clinton, Bush, and Obama regimes, and the war crimes to come from the Trump or successor Pence regime, that never will be tried at Nuremberg?