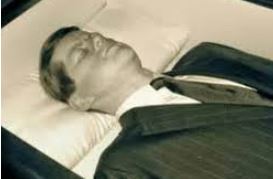 August 07, 2017 “Information Clearing House” – The assassination of President John F Kennedy in 1963 was a seminal event in modern American history. Yet 54 years on, the official US state continues covering up the shocking truth about the killing of one of its most popular leaders.

A recent release of secret memos from the Central Intelligence Agency is a classic case of disinformation put out to further contaminate public knowledge about how and why the president was murdered in Dallas, Texas, on November 22, 1963.

American news journal, Politico, headlined an article about the latest declassified information: “How the CIA came to doubt the official story of JFK’s murder”.

From a casual glance, one might think that “at last” some new insight into the Kennedy assassination may be forthcoming and on the role played by Lee Harvey Oswald, the young ex-marine accused of pulling the trigger. Not a bit of it.

The latest batch of CIA memos – penned around 1975 – do not in any way “undermine the [official] Warren Commission’s finding that Oswald killed Kennedy with shots fired from his perch on the sixth floor of the Texas School Book Depository… and that there was no credible evidence of a second gunman.”

What the newest release of CIA documents appear to “disclose” is that the agency was involved in a “benign cover-up” by influencing the 1964 Warren Commission to conclude that Oswald acted alone in killing the president. What appears to be revealed now is the CIA had deeper concerns that the late Cuban leader Fidel Castro may have indirectly motivated Oswald. The CIA refers to a New Orleans newspaper article published two months before JFK’s murder, in which Castro is quoted denouncing covert American operations against his own life.

That news report, says the CIA in a 1975 memo, may have inspired Oswald as an American supporter of the Cuban socialist revolution to proceed to Dallas and plot against the US president as an act of revenge.

Other “intriguing glimpses”, as Politico describes the latest declassification from the US National Archives, include CIA misgivings that alleged meetings by Oswald with Cuban and Russian officials in Mexico City weeks prior to JFK’s assassination were not adequately followed up by Warren commission investigators.

What this amounts to is disinformation planted in the National Archives by the CIA, which upon eventual release gives the impression that a significant revelation is being unearthed. Notice how the supposed “disclosures” end up reinforcing the official narrative – namely, that the American president was killed by a lone malcontent.

The only “new twist” in the official narrative is the CIA “conceding” that it had earlier suspicions Oswald gained assistance – directly or indirectly – from foreign enemies in Cuba and the then Soviet Union.

Conveniently, this latest spin feeds into the current climate of Russophobia being whipped up by large sections of the US media, which blames Russia for meddling in the presidential elections last years and colluding with the campaign team for Donald Trump.

In other words, the latest CIA disclosures are designed at burnishing the credibility of the official US account of how and why JFK was murdered, while also resonating with the Deep State effort to oust Trump from the White House.

The trouble is the official version of JFK’s killing has already been exposed as a preposterous fraud by numerous independent researchers and writers.

Perhaps the best account on the event is provided by James W Douglass in his book, JFK and the Unspeakable. There are several others, but Douglass’ book is a compendious study.

There seems little doubt that Kennedy was “taken out” by executive action, a term used by the CIA and its Deep States operatives, including the numerous hit men that triangulated the ambush on JFK’s motorcade on that fateful day in Dealey Plaza, Dallas.

The 24-year-old Oswald was “just a patsy”, as he proclaimed, before he was shot dead, in turn, two days after Kennedy’s assassination, while in police custody.

There is sound evidence that Oswald was working as an informer for the FBI trying to alert it to the plot to kill Kennedy. The plot was masterminded by the CIA and implemented by contract killers from the mafia and rightwing Cuban exiles. Hours before his own death, Oswald tried to make a desperate phone call to his handlers from the Dallas police station. The call was never put through, but the switchboard operator came forward years later and the number was traced to someone in the secret services.

As for the CIA’s “concerns” about Oswald’s alleged meetings with Cuban and Russian officials in Mexico City during September 1963, many researchers believe it was not Oswald who participated in the strange encounters. Plausibly, it was an imposter employed by the CIA to later implicate Oswald – a process known as “sheep dipping”.

Russian records of Oswald’s alleged visits to its embassy in Mexico City say that he behaved unruly as if the meeting was designed to create a memorable commotion. Also, the person claiming to be Oswald spoke terrible Russian, whereas the real Oswald was fluent in the language, having married a Russian-born woman.

So why was John F Kennedy assassinated? Because, from a personal process of political education, the former Cold Warrior Kennedy realized that his nation needed to normalize relations with the Soviet Union. JFK had set up backchannel communications with his Russian counterpart Nikita Khrushchev to negotiate landmark nuclear weapons disarmament.

The genuine grief and sadness spoken by both Khrushchev and Castro on the news of Kennedy’s assassination is on the record, as James Douglass recounts in his book.

The notion that either of these foreign leaders would have conspired in, or inspired, JFK’s murder is plain nonsense, given the detente initiatives underway at the time.

Due to Kennedy’s courageous stance to rein in American imperialism, he had garnered dangerous enemies among the Deep State, the CIA, the military-industrial complex and a host of rabid anti-communist American politicians.

One of the most maligned people in history is Lee Harvey Oswald, the disaffected US marine who was probably recruited into the CIA as part of its assassination scheme against Kennedy. Tragically, Oswald was maneuvered to take the rap. The theory that he could have fired off three bullets in a matter of seconds from an archaic Italian-made rifle in a long-distance shot at the president is just absurd. The fatal head wound received by Kennedy clearly shows that he was shot at close range and from the opposite direction of the Dallas School Book Depository where Oswald had become mysteriously employed.

The big deal about the latest “trove” of CIA memos on the assassination of JFK is classic disinformation.

Why does all this matter? If the American state can carry out such a brazen regime-change operation against its own elected president – and continue to lie about for over 50 years – should we be surprised when the same secretive forces today lie about Russian meddling in the US election? Anything is possible with such vile forces.

This article was first published by Sputnik  –