Doublethink and Newspeak: Do We Have a Choice? 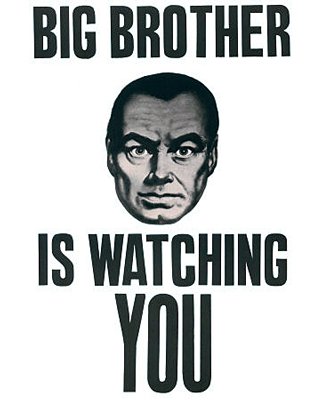 More people are becoming alienated, cynical, resentful or resigned, while too much of mass and social media reinforces less-than-helpful narratives and tendencies. The frog’s in the frying pan and the heat is rising.

On the big screens above us beautiful young people demonstrated their prowess. We were sitting in the communications center, waiting for print outs to tell us what they’d done before organizing the material for mass consumption.

Outside, people were freezing in the snow as they waited for buses. Their only choice was to attend another event or attempt to get home.

The area was known as the Competition Zone, a corporate state created for the sole purpose of showcasing these gorgeous competitors. Freedom was a foreign idea here; no one was more free than the laminated identification card hanging around your neck allowed.

Visitors were more restricted than anyone. They saw only what they paid for, and had to wait in long lines for food, transport, or tickets to more events. They were often uncomfortable, yet they felt privileged to be admitted to the Zone.

Citizens were categorized by their function within the Organizing Committee’s bureaucracy. Those who merely served — in jobs like cooking, driving and cleaning — wore green and brown tags. They could travel between their homes and work, but were rarely permitted into events. Their contact with visitors was also limited. To visit them from outside the Zone, their friends and family had to be screened.

Most citizens knew little about how the Zone was actually run, about the “inner community” of diplomats, competitors and corporate officials they served. Yet each night they watched the exploits of this same elite on television.

The Zone, a closed and classified place where most bad news went unreported and a tiny elite called the shots through mass media and computers, was no futuristic fantasy. It was Lake Placid for several weeks in early 1980 — a full four years before 1984.

In a once sleepy little community covered with artificial snow, the Olympics had brought a temporary society into being. Two thousand athletes and their entourage were its royalty, role models for the throngs of spectators, townspeople and journalists. This convergence resulted in an ad hoc police state, managed by public and private forces and a political elite that combined local business honchos with an international governing committee. They dominated a population all too willing to submit to arbitrary authority.

Even back then, Lake Placid’s Olympic “village” felt like a preview of things to come. Not quite George Orwell’s dark vision, but uncomfortably close.

In Orwell’s imagination, society was ruled in the future by Big Brother. It wasn’t a computer, but rather the collective expression of the Party. But not like the Republicans; this Party was an autonomous bureaucracy and advanced surveillance state interested only in perpetuating itself as a hierarchy. In this dystopia, “the people” had become insignificant, without the power of “grasping that the world could be other than it is.”

Concepts like freedom were perverted by a ruthless Newspeakperpetuated by the Party through the media. A Goodthinker was someone who followed orders without thinking. Crimestop was the instinctual avoidance of any dangerous thought, and Doublethink was the constant distortion of reality to maintain the Party’s image of infallibility.

Writing in 1948, Orwell was projecting what could happen in just a few decdes. By most measures, even 70 years later we’re not quite there yet. But we do face the real danger that freedom and equality will be seriously distorted by a new form of Newspeak, a Trumpian version promoted by the administration and its allies through their media. We already have Trumpian Goodthinkers — the sychophantic surrogates who follow his lead without thinking, along with Crimestop — the instinctual avoidance of “disloyal” thought, and Doublethink — the constant distortion of reality to maintain Trump’s insatiable ego and image of infallibility. Orwellian ideas are simply resurfacing in a post-modern/reality TV form.

Our fast food culture is also taking a long-term toll. More and more people are becoming alienated, cynical, resentful or resigned, while too much of mass and social media reinforces less-than-helpful narratives and tendencies. The frog’s in the frying pan and the heat is rising.

Much of what penetrates and goes viral further fragments culture and thought, promoting a cynicism that reinforces both rage and inaction. Rather than true diversity, we have the mass illusion that a choice between polarized opinions, shaped and curated by editors and networks, is the essence of free speech and democracy. In reality, original ideas are so constrained and self-censored that what’s left is usually as diverse as brands of peppermint toothpaste.

When the Bill of Rights was ratified, the notion that freedom of speech and the press should be protected meant that the personal right of self-expression should not be repressed by the government. James Madison, author of the First Amendment, warned that the greatest danger to liberty was that a majority would use its power to repress everyone else. Yet the evolution of mass media and the corporate domination of economic life have made these “choicest privileges” almost obsolete.

As community life unravels and more institutions fall into disrepute, media have become among of the few remaining that can potentially facilitate some social cohesion. Yet instead they fuel conflict and crisis. It’s not quite Crimestop, but does often appeal to some of the basest instincts and produce even more alienation and division.

In general terms, what most mass media bring the public is a series of images and anecdotes that cumulatively define a way of life. Both news and entertainment contribute to the illusion that competing, consuming and accumulating are at the core of our aspirations. Each day we are repeatedly shown and told that culture and politics are corrupt, that war is imminent or esclating somewhere, that violence is random and pervasive, and yet also that the latest “experts” have the answers. Countless programs meanwhile celebrate youth, violence, frustrated sexuality, and the lives of celebrities.

Between the official program content are a series of intensely packaged sales pitches. These commercial messages wash over us, as if we are wandering in an endless virtual mall, searching in vain for fulfillment as society crumbles.

In 1980, Ralph Nader called the race for president at that time — between Jimmy Carter and Ronald Reagan — a choice between mediocrity and menace. It was funny then, but now we can see what real menace looks like. Is Trump-ism what Orwell warned us about? Not quite, though there are similarities. Like Trump, you can’t talk to Big Brother. And he rarely gives you the truth, only doublespeak. But Trump is no Big Brother. More like a Drunk Uncle with nukes.

So, is it too late for a rescue? Will menace win this time? Or can we still save the environment, reclaim self-government, restore communities and protect human rights? What does the future hold?

It could be summer in Los Angeles in 2024, the end of Donald Trump’s second term. The freeways are slow-moving parking lots for the Olympics. Millions of people hike around in the heat, or use bikes and cycles to get to work. It’s difficult with all the checkpoints, not to mention the extra-high security at the airports. Thousands of police, not to mention the military, are on the lookout for terrorists, smugglers, protesters, cultists, gangs, thieves, and anyone who doesn’t have money to burn or a ticket to the Games.

Cash isn’t much good, and gas has become so expensive that suburban highways are almost empty.

Security is tight and hard to avoid, on or offline. There are cameras everywhere, and every purchase and move most people make is tracked by the state. Still, there are four bombings in the first week of the Games. There is also another kind of human tragedy. Four runners collapse during preliminary rounds as a result of a toxic mix — heat and pollution.

Despite his low approval on the West Coast, President Trump eventually visits L.A. to witness the spectacle. And drops dead suddenly after eating too many hot dogs. This sparks a riot, which is followed closely by a bomb blast at the media command center. Then the Earth begins to shake….

That’s one scenario. But it could also be a peaceful summer in your hometown. People aren’t as preoccupied with conflict and spectacle as they used to be. The change began with the young, and in the schools. Just in time people began to understand that what they saw on their screens was just one version of reality, not the real thing.

Malls are closing, but smaller and independent businesses are making a comeback, some located in restored neighborhoods or emerging out of buyer’s coops. Major corporations still sell mostly online, but their market dominance is starting to falter. Renewable energy has largely replaced coal and gas, and electric vehicles are everywhere.

People are changing, in subtle and important ways. They are becoming more…discriminating, depending more on one another than either their media or the government.

Hey, it could happen.

Greg Guma is the Vermont-based author of Dons of Time, Uneasy Empire, Spirits of Desire, Big Lies, and The People’s Republic: Vermont and the Sanders Revolution.

This article was originally published by Greg Guma: For Preservation & Change.