Turkey’s missile defence dilemma has continued for a while. Recent reports confirm that Turkey has agreed to purchase Russian air and missile defence system, the S-400 Triumph. The deal is worth $2.5 billion under which Turkey would receive two batteries of anti-missile system. The S-400 weapon system can detect track and destroying aircraft, drones and missiles – including cruise and ballistic missiles.

The issue of missile defence in Turkey has remained a contentious issue. Turkey, which has been the worst affected by Syrian crisis, needed sophisticated missile defence system to protect its territory. NATO countries like Germany, the United States, the Netherlands and Spain stationed their Patriot air and missile defence system in Turkey for protection against incoming missile threats. However, the United States, Turkey and Netherlands removed their Patriot systems after a while. At present only Spain and Italy have their missile defence systems stationed in Turkey. Needless to say that Turkey has been upset with this move of its NATO allies. Turkey’s faith in NATO is declining and that has been proved by its reduction in defence spending for NATO which has declined to 1.9%.

In the recent times, relations between Turkey and Russia has strengthened and Russia has left no stone unturned to grab the opportunity to strike this defence deal with Turkey to benefit as it is suffering from a sanctioned economy. In 2016, Russian President Vladmir Putin during his trip to Turkey agreed to revive a suspended natural-gas suspended project. In fact, Gazprom which is the largest natural gas company in Russia has already commenced construction of the pipeline. In addition, Russia has also ended the sanctions that it levied on Turkey after Turkey downed a Russian Su-24 bomber as it crossed Turkish airspace from Syria.

In March 2017, President Tayyip Erdogan requested Russian leader’s Vladimir Putin’s cooperation over military operations in Syria, to enable Turkey to create a border “safe zone” free of Islamic State and the Kurdish YPG militia. This is a great respite as the much to the chagrin of Turkey, the United States has supported the Kurds that Turkey views as terrorists.

Russia also agreed to build the Ayukku nuclear power plant for Turkey which is a $20 billion worth deal. Turkey has for years aspired to join the European Union but its efforts have gone in vain. Turkey therefore, sees hope in the China-Russia led Shanghai Cooperation Organisation (SCO). In fact, Turkey would be chairing the Energy Club of the SCO in 2017. 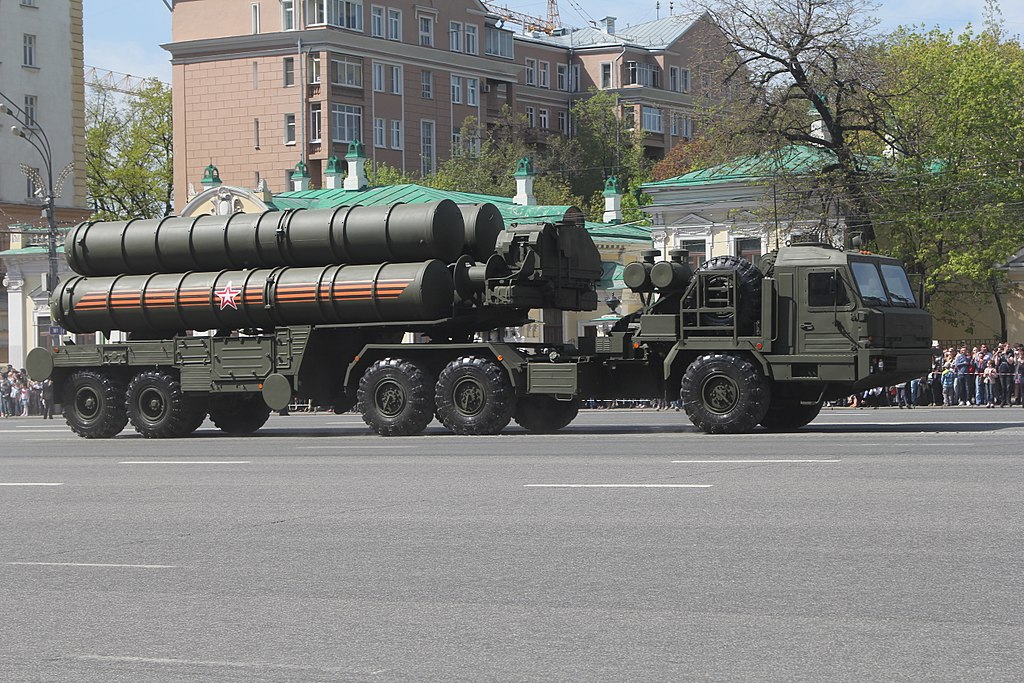 Both Russia and Turkey are collaborating on bringing negotiation sessions between Syrian government and the rebels and this was despite the fact that Turkey and Syria were previously fighting opposite sides. Russia and Turkey have conducted joint naval drills in 2017 in the Black Sea. In fact, the US and NATO Patriot batteries stationed in Turkey made Iran suspicious of Turkey and its intentions and Tehran criticised Turkey for this move. However, a missile defence system from Russia, a country with whom Iran shares good relations and also a country that has played crucial role in the Iranian nuclear negotiation process, is least likely to be a threat to Iran. This is even more crucial as Iran and Turkey are trying their best to improve their relations.

This is not for the first time that a NATO country has sought for Russian missile defence system. Greece too has the Russian S-300 missile defence system. In 2015, the country was also in negotiation with Russia to avail of missiles for the S-300 anti-missile system. In fact, there is a growing military alliance between Greece and Russia also. This is worth mentioning as Greece and Turkey are at loggerheads with each other over the territorial dispute concerning the Aegean. Russia may opt to become a mediator between the two countries to solve the dispute and create a stronger alliance along with Turkey and Greece – two NATO countries.

Also, for Turkey whose neighbours share good relations with Russia, Ankara will surely gain from a strengthened relation with Russia especially as Turkey probably expects not much help from the United States. In fact as Michael Rubin of the American Enterprise Institute writes,

for Turkey “to have served in the NATO commands is now seen by Turkish officers as a ticket to prison, not promotion.”

The Russian Turkey relations are no doubt burgeoning and with US lawmakers seeking to withhold the sale of US F-35 Joint Strike Fighters to Turkey, Russian fighter jets may also find new openings in Turkey.