Australian Politics Is Suffering a Death by Boredom 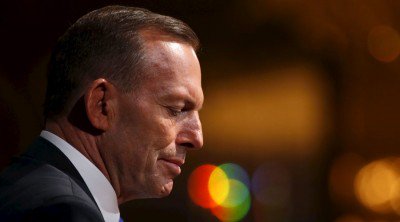 He was there with his entourage, a face unmoved bar the occasional muscle flex. “There’s Malcolm Turnbull!” exclaimed drinking companions at the Curtin on Melbourne’s famed Lygon Street, the artery of culinary matters Italian.

It wasn’t: Bill Shorten, the leader of the Australian Labor Party and contender for the Prime Ministership of Australia, was nursing a drink this Friday evening, treating it with the sort of caution one reserves for a lice infested child.

Various appellations and amalgams come to mind: Malcolm Shorten; Bill Malcolm; Malcolm Bill. Leaving aside the statistical dimension of who is the preferred person for prime minister, a poll that Shorten tends to lose, their similarity on much ground is stunning. Bill goes for the poor zinger-heavy speech; Malcolm goes for the fluffy slogan (growth, jobs) and the hunt for the tedious moniker to give his opponents. Substance is only optional.

Who, then, to turn to? Between the union machine hack and the uninspiring sloganeering merchant banker, Australian politics is suffering a death by boredom, the stifling middle belt that resists radical reform. The stage, then, is set for the next spectacular – this, after all, is the age of Donald Trump, where the absurd is scripted as a daily show.

The mad monk comes to mind, so mad he turns Australian politics inside out with an extreme touch, simple yet purely animal. That mad monk, the fab loon, the reactionary: Tony Abbott. There are others, the sort who infuriate, and trick, the spin doctor and the public relations entourage who distort and cloak. Their version of democracy is the controlled press statement, damage control and staged popularity. But former prime minister Abbott was always impossible to muzzle, allergic to modern forms of containment. Before Trump-Bannon, there was Abbott-Credlin.

If Australian forces would have to go it alone in Iraq, even without US air cover, he would say so with flag waving enthusiasm. On November 25, 2015, Abbott put forth the suggestion to staff and planners that 3,500 Australian soldiers could be deployed to deal with the Islamic State.

The Australian, a Murdoch paper usually in favour of drum beating reactionary politics, found this particular idea dazzling for its original stupidity.

“The proposal to invade Iraq raises the issue of Mr Abbott’s judgment – it was made two months before his decision to award a knighthood to Prince Philip.”[1]

Trump would have been impressed with both.

If deploying Australian armed personnel into a Ukrainian war zone to consolidate an air crash site was possible, he would also step up to the mark.  This nugget surfaced in the revelations of former Australian Army officer James Brown, who called this “the clearest case in recent times of a prime minister struggling to grasp the limits of Australian military power”.[2]

Covering him in the news would be like encapsulating a typhoon of verity. However detestable, he remained, and remains, pure to his loathing, dedicated to principle. It is the purity he carries with him to his cozy position at Radio 2GB, where he is feted by the shock jock family.

On the issue of same-sex marriage, he is evidently at home, the revolutionary who prefers to attack, rather than govern.  For those against the measure to change the marriage laws, he is gold dust, giving the impression of tolerance while making sure that his position is left clearly combative.

“Like most,” he explained in the Fairfax Press, “I have tried to be there for friends and family who are gay. They are good people who deserve our love, respect and inclusion but that doesn’t mean that we can’t continue to reserve the term ‘marriage’ for the relationship of one man with one woman, ideally for life and usually dedicated to children.”[3]

Marriage as the sacred, reserved institution, special, biological, and for the heterosexuals to make or break. Besides, claims this authentic article, same-sex couples already have “marriage equality” despite not having it, the existence of something by another name.

A similar genuine article, Deputy Prime Minister Barnaby Joyce, also teeters in mad territory, a fabulous counterweight to Turnbull. Here is a person who will make international waves attacking a Hollywood actor for evading quarantine regulations. He will snipe at environmentalists while defending the use of pilfered water from the Murray Darling system. Joyce has a mouth which will go on vacation when it needs to.

Through Australia’s upper chamber, we also see the colourful expressions of the genuine article. There is Pauline Hanson to shore up a form of extremism that tends to find diluted form in the centre of politics; there are such figures as Derryn Hinch and Jacqui Lambie. (“You have no moral values and to go after the public broadcaster is an absolute disgrace,” she thundered in a late-night Senate speech on the government’s media reforms.)

Such figures rarely attain the top position, being monitoring spoilers, the shock troops of controversy. Abbott was rewarded with the prime ministership, briefly, and was knifed by his own party. Joyce may well find that he is ineligible to sit in Parliament, courtesy of New Zealand citizenship he did not believe he had. But no one would ever confuse them for Bill Malcolm, or Malcolm Shorten.