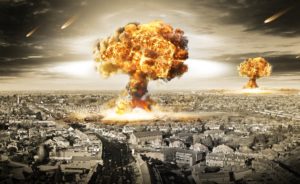 Global Research’s work is critical in the face of mainstream media disinformation. See our selection below.

We invite you to subscribe to our free newsletter if you have not already done so, and also to forward our articles and videos to your friends and colleagues. And don’t forget to connect with us through Facebook, Twitter and YouTube and keep spreading awareness.

The Quad: US Searches Edge of Asia for Allies to Contain Beijing

There has been a recent buzz promoted around the so-called Quadrilateral Security Dialogue (Quad) – a coalition of sorts counting the United States, India, Australia, and Japan as members. Promoted by familiar corporate-financier funded policy think thanks, the Quad is being portrayed as a step past Washington’s ill-fated “pivot to Asia” to address its waning power in the region.

Day of Infamy for the UN Security Council: Triggering a Devastating Humanitarian Crisis in North Korea

Ignoring the avalanche of evidence that prior sanctions on the DPRK are causing a devastating humanitarian crisis for the people of North Korea, especially the most vulnerable, on December 22, despite warnings of the catastrophic consequences to the people, the UN Security Council passed a new set of sanctions so draconian and inhumane that they must be compared to Hitler’s Nuremberg laws.

US special operations troops are secretly harboring and training former fighters of the Islamic State in Iraq and Syria (ISIS) at the remote American base in Al Tanf, Syria near the strategic nexus of the country’s borders with Iraq and Jordan, according to a report issued by the Russian military command.

Will a War with North Korea be Our Political Leaders’ Greatest Regret? “Could Escalate into a World War, One Million Deaths in the First Day”

Top nuclear security expert Scott Sagan warns that the risk of war is far higher than during the Cuban Missile Crisis, and predicts that one million people could die on the first day – a figure that exceeds the death toll of the entire Rwandan genocide. Even more worryingly, Russia and China are making military preparations, suggesting that a Korean war could quickly escalate into a world war.

Under Trump, US Doubles Drone Strikes in Somalia

The United States said Wednesday it had carried out a new drone strike in Somalia, killing 13 extremist al-Shabab militants, bringing the number of drone strikes on the country to 34 this year, more than double the number the previous year.