Further Signs of More War: A Most Dangerous Game

Donald Trump’s days of playing the passive/aggressive host of a reality-television game show are coming to an end.  Either he fires all the apprentices who might slightly hesitate to wage a much larger world war and lets the bombs fly, or he will be replaced by one who will.  Signs are that he has learned what his job entails and the world will suffer more death and destruction as a result.

Back in the days of the first Cold War – the late 1950s to early 1960s when our little world came close to extinction – my very large family appeared on many American television shows.  Their names told the story of those times: “Who Do You Trust,” “To Tell the Truth,” “Charades,” “Play Your Hunch,” and “Beat the Clock,” to name a few.  It was as if those silly game shows were unconsciously suggesting we probe a little deeper behind the headlines to discover what was really going on before the Doomsday Clock ran out.

Today things are far more sophisticated and sinister, with a massive and unrelenting war on truth being waged by the Western corporate media, an arm of the CIA, capitalism’s invisible army.  It is a twisted game show with deadly consequences.  Its method is Janus-faced.  From one face, repeat over and over again bold-faced lies always lacking in evidence – e.g. Russiagate, WMD in Iraq, the Syrian government used chemical weapons, Russia is an aggressor planning to invade Eastern Europe, three World Trade Center buildings fell into their own footprints in virtual free fall speed because of fires, etc.; from the other face, play the game of suggesting to the public that they know more than they do because they watch CIA-backed shows like “Homeland,” movies like “Zero Dark Thirty,” and are being informed by all the so-called ex-CIA and intelligence commentators that populate the corporate media and explain what’s really going on.  The old adage that “you never leave the CIA” has somehow imperceptibly morphed into “Yes, we can; trust us.”

Now we have the British Prime Minister Theresa May accusing Russia of poisoning in England the double-agent Sergei Skripal and threatening Russia to give a “credible” explanation why they killed this man or else, a man who sold the identities of Russian agents to the UK for cash, putting them in serious danger.  Or else, she says,

the UK “will conclude that this action amounts to an unlawful use of force by the Russian state against the United Kingdom.”

Naturally she presented no evidence for Russian involvement, but the BBC, as is its wont, speculates on how the British may punish Russia, and the other corporate media chime in. But we are left to wonder where this is leading.  Could it be Syria?  Former British diplomat Craig Murray suggests it could be a false-flag setup aimed at raising Russiaphobia to hysterical proportions.  But to what end?

If we look to the United Nations and the accusations and threats flying from the mouth of the US Ambassador Nikki Haley, Obama’s UN Ambassador Samantha Power’s doppelganger in war lust, we see that the picture expands.  Haley threatened that the US will take unilateral action in Syria against Syrian and Russian forces if the UN didn’t adopt her resolution that would have allowed anti-government terrorists plenty of time to escape from East Ghouta.  She said, echoing words we have heard numerous times:

It is not the path we prefer, but it a path we have demonstrated we will take, and we are prepared to take again….When the international community fails to act, there are a Times when states are compelled to take their own action.

In response we have the Russian Foreign Minister Sergey Lavrov warning that another US strike on Syrian government forces would have serious consequences.  And the Chief of the Russian General Staff Valery Gerasimov saying,

We have reliable information about militants preparing to falsify a government chemical attack against civilians.  In several districts of Eastern Ghouta, a crowd was assembled with women, children, and old people, brought from other regions, who were to represent the victims of the chemical incident.

He added that “White Helmets” activists (proven to be financed by the US and UK) had already arrived at the scene with satellite video transmitters ready to film the scene and that the Russians had discovered a “laboratory for the production of chemical weapons in the village of Aftris which was liberated from terrorist.”  After the planned false-flag attack, the US was going to bomb government held districts in Damascus fulfilling Haley’s threat.

And here in the US, Col. Lawrence Wilkinson, who was Secretary of State Colin Powell’s chief of staff when Powell lied at the UN in 2003 to garner support for the criminal attack on Iraq, spoke to The Israel Lobby and American Policy 2018 conference ten days ago and said, speaking of Israeli Prime Minister Netanyahu and Defense Minister Avigdor Lieberman, that:

They’re both headed for war. Of that I’m convinced. They will use Iran’s allegedly existential (sic) to Israel presence in Syria which is becoming even more so from a military perspective every day, Hezbollah’s accumulation of some 150,000 missiles if we believe our intelligence agencies. The need to set Lebanon’s economy back yet again, that’s important. Look at what they’re deliberating right now with regard to the new very, very rich gas find in the Eastern Mediterranean with Israel claiming Section 9 and Lebanon claiming Section 9. Take that, Lebanon. We’re going to bomb you, then you’ll let us have it. And that will be their excuse.

Now Rex Tillerson is out as Secretary of State and the head of the CIA, the far more war minded Mike Pompeo slides naturally into the role. Musical chairs for the power elite. As Trump has said of Pompeo,

“We are on the same wavelength.”

Riding that same wavelength is Nikki Haley, a trio whose alliance bodes very poorly for Middle Eastern peace or for any rapprochement with Russia.  The game turns deadlier as the Presidential Apprentice learns the rules and the empire prepares to shed more innocent blood in an unholy alliance with Israel, Saudi Arabia, and other “team players.”

But this time the game won’t be, in the words of another CIA liar, “a slam dunk.”  The opponents are ready this time.  The game has changed.

And in eastern Ukraine, the snow should be melting in the next 3-4 weeks.

Edward Curtin is a writer whose work has appeared widely; is a frequent contributor to Global Research. He teaches sociology at Massachusetts College of Liberal Arts. His website is http://edwardcurtin.com/. 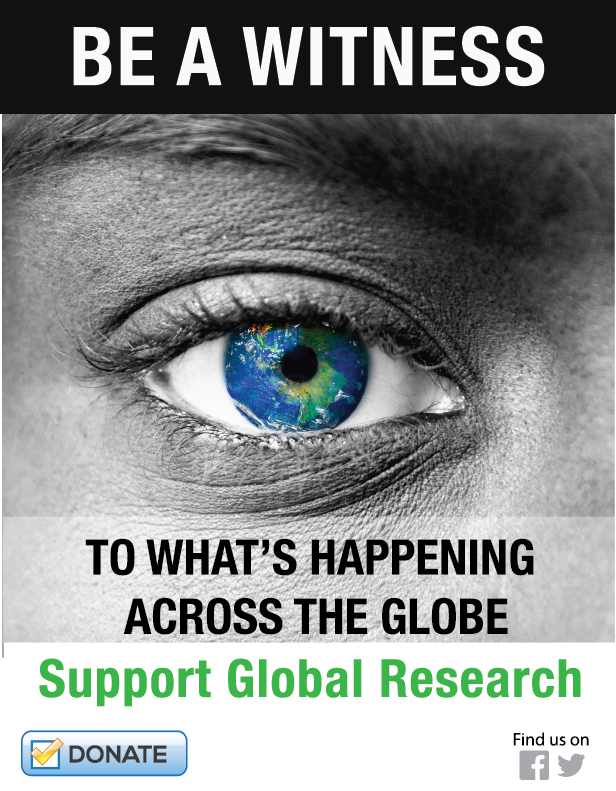 Your feedback tells us that Global Research continues to be a vital source of information in today’s uncertain times. We thank you, and pledge that we will continue to deliver the cutting-edge research and insight that you have come to rely on.

To do this, however, we need your support.

If you look to Global Research as a resource for information and understanding, to stay current on world events or to experience diversity and transparency in your news, please consider making a donation or becoming a Global Research member.