Selected Articles: 2016 US Elections: Evidence for “Israelgate”? Russia Was a Scapegoat? 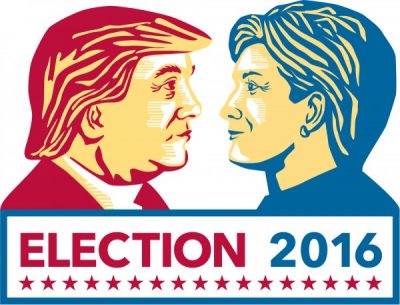 Global Research is a small team that believes in the power of information and analysis to bring about far-reaching societal change including a world without war.

Truth in media is a powerful instrument. As long as we keep probing, asking questions, challenging media disinformation to find real understanding, then we are in a better position to participate in creating a better world in which truth and accountability trump greed and corruption.

Iraq and the “Gulf War”: Remembering the 1991 Al-Amiriyah Bombing by the US Air Force

According to Arbuthnot, the nuclear shelter was built during the Iran-Iraq War by a Finnish company which allegedly shared the map and the design with the United States who later on bombed the shelter through its only vulnerable place which was the ventilation shaft.

During a statement before a hidden camera, the CEO of the data harvesting firm Cambridge Analytica Alexander Nix boasted of his ability to employ “Israeli companies” to gather intelligence on politicians that the firm is paid to slander, defame and entrap. Nix then went on to praise the ability of “Israeli” intelligence personnel in what can only be described as a power sales pitch to a would-be client.

Sarkozy wanted the Libyan state eviscerated and Gaddafi assassinated because he had borrowed millions of dollars from the African leader in 2007 to finance his presidential campaign. Rumors and later documented proof surfaced to substantiate these claims.

In first-ever vote on withdrawing U.S. armed forces from an unauthorized war, 44 Senators voted to withdraw U.S. troops from the Saudi-led war in Yemen.

Obama led the way with his March 2011 intervention in Libya, flanked by Britain and France, under the shield of NATO. Gaddafi’s Libya had been the wealthiest nation in Africa, boasting the highest life expectancy on the continent. In the time since, the country has descended into chaos and ruin.

The Mysterious Frank Taylor Report: The 9/11 Document that Launched US-NATO’s “War on Terrorism” in the Middle East

he legal foundation for the invasion of Iraq in 2003 has been challenged in several countries. The best known is the Chilcot Inquiry in the UK, which began in 2009 and concluded in a report in 2016. The inquiry was not about the legality of military action, but the British government was strongly criticised for not having provided a legal basis for the attack.

Why the UK, the EU and the US Gang-Up on Russia

Why do the Western regimes now feel Russia is a greater threat then in the past? Do they believe Russia is more vulnerable to Western threats or attacks? Why do the Western military leaders seek to undermine Russia’s defenses? Do the US economic elites believe it is possible to provoke an economic crisis and the demise of President Putin’s government?