Western Governments Complicit in Crimes against Humanity. “Israel has the Right to Defend itself” Says Trump

This week, 61 killed and over 770 wounded: Palestinian civilians were targeted by IDF snipers with live ammunition.

Not a single Western country has sofar ordered the expulsion of Israeli diplomats in protest over the mass killings of Palestinian civilians by IDF snipers.

A crime against humanity under international law is casually dismissed.

Double standards is an understatement: Flashback to early March 2018. When the Skripal affair broke out in the U.K., the Kremlin was accused without evidence of poisoning double agent Peter Skripal and his daughter Yulia, with the deadly novichok nerve gas.

Pressured by London and Washington, more than twenty Western countries ordered the expulsion of more than 100 Russian diplomats. In the meantime the Skripals have fully recovered. Nobody was killed.

In contrast, following the Gaza massacre, not a single Israeli diplomat has been expelled from the member states of the European Union. 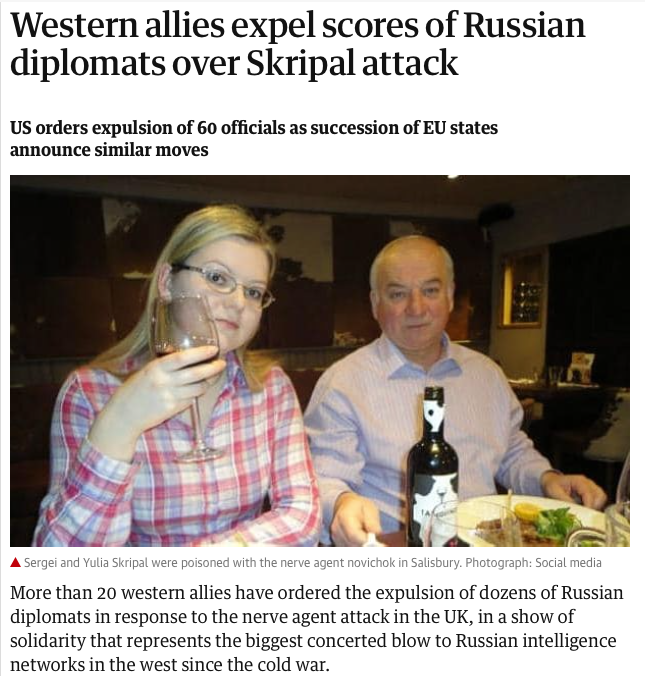 Selected Articles: Palestine: Deprived of the Right to Self-Determination

“Israel has the right to defend itself”, says  US Secretary of State Mike Pompeo.

No UN member “would act with more restraint than Israel has.” said US Ambassador to the UN Nicki Halley.

These statements are tantamount to an endorsement of crimes against humanity by the self-proclaimed “international community”.

And the corporate media applauds. Palestinians are tagged as terrorists.

While the Skripal affair was the object of extensive (invariably biased) coverage largely with a view to upholding Theresa May’s baseless accusations against Russia, the reports pertaining to the Gaza killings largely uphold the notion that “Israel has the right to defend itself”.

The broader issue of crimes against humanity under international law is barely mentioned.

Here are the the names of some of the 61 Palestinians killed by IDF snipers, who, according to Donald Trump have been attacking Israel. They happen to be children.  An eight months old baby was targeted. 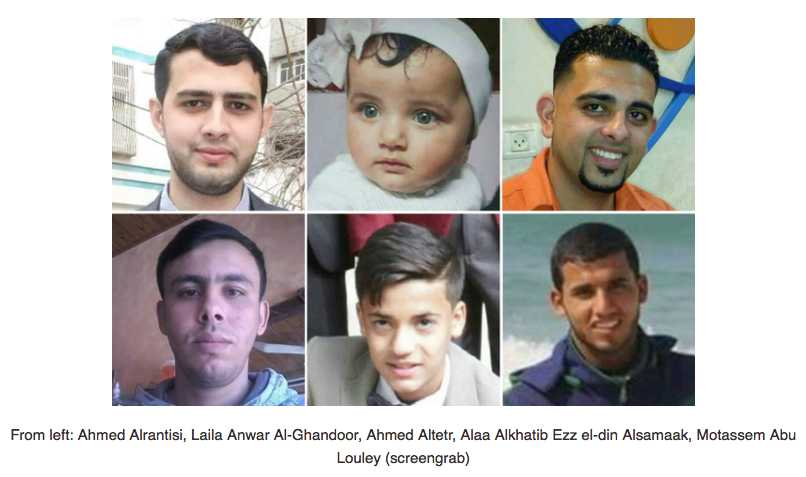