“Music is a moral law. It gives soul to the universe, wings to the mind, flight to the imagination, and charm and gaiety to life and to everything.” ― Plato

When factoring the impact that war can have on civilians in any given country, many times we focus on the immediate concerns such as nutrition, housing, clothing, infrastructure, medicine and emergency services, education etc. Mental health concerns are a secondary thought and usually do not get the attention they deserve. The western insurrection in Syria has been persistently destroying lives for over seven years.

The Syrian government has made every attempt to address issues regarding health and wellness in the country. In spite of the war, cultural, musical, and humanitarian events have continued to take place. These events are often times hosted by the government. This is one method to bolster civilian conviction that their beloved homeland is alive and will survive regardless of external effort is being exerted to extinguish it’s bright flame. Music is such an integral part of Levant culture and has been used as a mechanism to heal and raise the spirits of the most vulnerable. 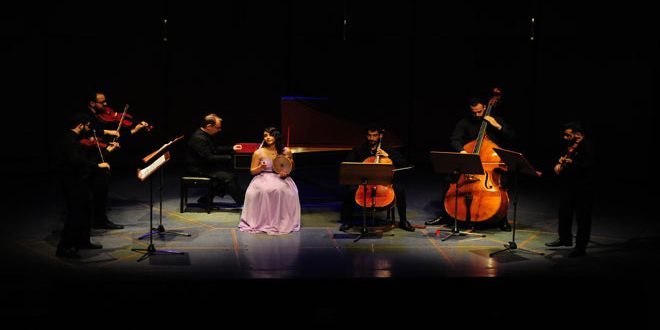 In January of this year, a lecture titled “Music, Therapy and Culture” was delivered by Musician Juan Qara Joly at the Arab Cultural Center in Abu Rummaneh, Damascus, Syria. Mr. Joly reviewed the benefits of music therapy and the role it plays in improving cognitive ability, reducing stress and curing different types of diseases including neurological disorders.

What is Music Therapy?

According to Dr. Axe

“Music therapy is based on the improvisation of music by a therapist and patient, sometimes done in a one-on-one setting but other times conducted in groups. There are two main branches of MT: active and passive. Active MT involves interaction between therapist and the patient much more than passive MT, in which the patient is usually at rest but listening to the therapist.”

False Flags and Regime Change in Ukraine: Why We Still Don’t Know What Happened to Flight MH17

Studies have shown that music therapy can be effective in treating depression in children, adolescents and even adults, especially those who are combating emotional, developmental and behavioral issues. Ordinarily treatment for depression has included psychotherapy and/or medication.

Music therapy is an effective alternative proven to bring about positive results and long-term benefits for patients. Some areas that showed substantial improvements with the use of music therapy were self esteem, communication and interaction skills, and overall depressive symptoms.

The Multi-Faceted Benefits of Music Therapy

When looking into the healing power of music, and its role in improving cognitive abilities, it’s important to also keep in mind that durations and intervals need to be set for each particular patient. Musicians with interests in child care and development have reported, for children as young as three and upward to young adult stages, the importance of employing music to encourage learning and improve communication skills. Music therapy practices encourage a greater scope of effort than what most readers think the “therapy” part is — merely listening to music.

One resourceful Eastern European who was inspired by scholarly Arab precedents hundreds of years old found speech challenges are addressed more enjoyably through singing than simple rote exercises forming oral sounds. Critical too was finding that vision-challenged persons can benefit from combination of touch and sound far more when tools designed for habits (and expectations) of readers are set aside. Music therapy has also proven to be an alternative path of progress for individuals with developmental or emotional delays; melody, rhythm or percussion simply being preferable to patients.

Some of the many benefits of music therapy include lessening feelings of fatigue, depression, loneliness, reducing stress, pain, and helping to relax muscles and nerves. U.S. Robert Wood Johnson Foundation reported, in a 2004 release informed by hundreds of studies, healing results from pairing music with motor pathway stimulation such as exercise or dance. Music therapy has proven useful to counseling psychologists and nutritionists, inducing endocrine products like endorphin (the “happiness” hormone countering social anxiety, chronic illnesses and compulsive disorders) or those essential to digestion. Centuries of spiritual practice link vibratory sound to calming and concentration effects known to reduce bodily stress such as elevated blood pressure.  Patients in hospitals routinely resort to classical instrumental or natural sound recordings (ocean surf, forest glade) prior to surgical procedures because they’re calming, and even 19th century discoveries like binaural beats have reportedly promoted relaxation among migraine headache sufferers.

The Relationship Between Culture and Therapy As It Relates To Music

Music is in daily culture and not merely “entertainment”. Mid-Easterners have known and employed music’s healing powers for centuries; music therapy is seeing a revival, and Syria is one of the nations which has preserved it. Music therapy amounts to both a necessary “resource” and practice engendering healthy necessary competition, and cultural persistence in Syria. Music therapy isn’t merely folded into Syrian psychological therapies; it’s another unseen energy channeled by the people for survival.

Syrians defy oppression or injustice, flaunting their resilience in open-air concerts surrounded by opponents: they get to the music along with using music to treat their wounded and those suffering from depression brought on by this foreign imposed war. A culture doesn’t survive letting it’s music go; a culture survives finding as many reasons and means it can to practice– incrementally transmuting chaos and calamity to survival and even celebration. Music intentionally enjoyed supports and sustains human life.

Demonstrated and future benefits from the growing revival of music therapy range across nations and cultures from Eastern Europe, Great Britain, North America and the Middle East. Deep considerations of its effect and persistence are revelatory. Music therapy is nested in hospitals and homes (or the remnants of them, filling gaps in conventional school or clinical programs disrupted by war). What blossoms from roots deep, and exceeding borders or boundaries via international music competitions and public cultural performances, is perhaps most vested in nations like Syria: culture prevailing from love, through willpower; unseen energy preserved in music and channeled through therapies in defiance of hardship and injustice.