gallery Foreign Power Meddling In American Democracy? Guess Which One? 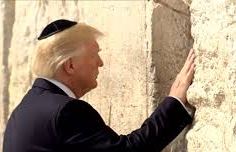 August 08, 2018 “Information Clearing House” –  Americans schooled by films, comics, sitcoms and other forms of capital media might well believe Russia invaded the USA during our 18thcentury revolution and that’s why we’ve been enemies ever since. Actually, the USA and its future European lap dogs, along with Japan, invaded Russia in 1918 under various pretenses covering the need to destroy an uprising that had the gall to replace a holy family of royal wealth with some stupid ideals about ending poverty and promoting actual rule by a democratic majority.
That bloody foreign intrusion into a civil war which further wrecked an economy already near total destruction as a result of the First World War, saw Russia lose more lives than any other country involved and was a preview of more recent history; the present assault on its borders by NATO, all following in the same imperial footsteps to the current moment of reducing innocent Americans into a near frenzied psycho-neurotic mob over alleged horrors committed to our cherished democracy by evil Russians.
That religiously worshipped fictional system has never in  history existed nor produced one American president actually elected by a majority of the electorate. In fact, the image of a supposedly “brutal authoritarian thug” Putin, a description widely accepted by duped twits under merciless American mind management, received a much larger share of the Russian electorate’s voting support than either the despicable or deplorable lesser evil candidates in the last billionaire’s campaign we have been taught to call “our” democracy. This produced the frenzy of established power’s brain assault committed on a public with minds so reduced to pulp it may be too late for some to survive even with decent emergency treatment. Which they might only get in a foreign country given the private profit crazed madness in our alleged “health care” market. In fact, if paying a private insurance company before being able to acquire the services of a doctor or nurse is “health care”, then paying a pimp in order to acquire the services of a sex worker is “love care”. But away with logic and back to the supposed identity of a foreign force wreaking havoc with our cherished national perversion passing for democracy.

Meanwhile, Trump’s alleged treasonous love affair with Putin occupies consciousness controllers and their near helpless consumers while Trump’s burying his economic face in Netanyahu’s political crotch attracts attention only from those long trying to wake the nation to its government falling under the control of a foreign power, Israel, where all manner of atrocities both moral and financial are excused under the banner of protecting the only democracy in the middle east. This lie is greater than the one sold here about our own minority rule cartel but helps perversely rationalize the need to slaughter, pillage, and destroy much of the Islamic world in pursuit of racial supremacy to be enjoyed by those who shout loudest that racial supremacy must be fought. Except when they practice it.While hate crazed elders of the bureaucratic un-intelligence class formerly seen as enemies of the people take on the role of heroic fighters for the masses, the president elected by millions in the usual minority vote for bogus chief executive is treated as a treasonous, racist, homophobic, sexist, child molesting, bank robbing, unsafe driver and any other charge possible by almost all establishment voices. He certainly is a rich, arrogant, egomaniacal super twit, but his crude dim-witted honesty over-qualifies him for the job of CEO of a rich, arrogant, egomaniacal nation programmed to think itself god’s gift to humanity and what more regular presidential puppets of wealth have called the “essential” nation. And truthfully, what other giant of morality and intellect could spend trillions on war, billions on pets, and leave hundreds of thousands of its people living in the street? Such is the marketing fiction forcing insanity into the minds of near helpless consumers of commodified crap in diets leading to digestive and psychological disorders bordering on terminal social malfunction. These are usually diagnosed as personal problems needing therapy and drug cures, which bring massive private profits to a dwindling minority and massive public loss to an expanding majority.

While the breast-fed-into-adulthood brigades swallow tales of Russian meddling in our billionaire financed minority perversion of democracy, Israel’s continued role in getting the USA to murder hundreds of thousands in the middle east increasingly moves to extend the fanatic bloodletting to Iran. Always in Israeli sights because it is totally disrespectful of European rule, given both its fundamental Islamic stance against much of modernity but mostly western values seen as immoral – because they frequently are – and its long history dating from ancient times of being both a global and more recently local power not given to taking guff from anyone. It has always been critical of the most blatant western invasion of the 20thcentury in the establishment of a euro-colony in Palestine and the total disregard for the people who’ve lived there since biblical times. How dare they disrespect the only other “essential” nation, along with the U.S.A. Are they crazy or what?
The perennially facing extermination mindset of the Israelis has dominated American politics since before that nation’s origins, officially in 1948 but pending since long before the days of Nazi Zionist partnership to make anyplace but Palestine the home for Jews seeking a separate and superior homeland. The later bloody Nazi assault, murders and ethnic cleansing inflicted on lower economic class European Jews who could not afford to buy their way out, as their one percent did, has become the most well known, publicized and often fictionalized assault on humanity ever recorded in global consciousness. This even after the facts of western murders of countless millions in colonializing much of the world, and especially here in the USA where entire nations of indigenous people were wiped out or ethnically cleansed and where American Jews, descended from immigrants, far outnumber American Indians, the horror of the European Jewish experience takes precedence over what was done to native Americans. And Trump, like every single president before him, has not only embraced every fictional foundation story to cover injustice, but unlike previous hypocrites who did it only for the money provided by the Israeli lobby, he probably believes it and thus may be even more dangerous.

So as the saber rattling toward Iran increases, with the most extreme racists in the USA and Israel licking their chops over the thought of wiping out more Middle Eastern people, the mind boggling idiocy of alleged Russian involvement in organized crime in America – the electoral system – approaches sending millions to a mental health crisis center, none of them able to afford the drugs needed to possibly calm their over stressed minds. And the leaders in this rush to further crisis for capital are not the usual right wing loonies who used to find commies under their beds, but what passes for sophisticated neo-liberals who unashamedly assume the role of the most demented force in American politics and one that can almost make the insect brain in the white house seem thoughtful by comparison.
The idea that a nation which suffered more than any other with 25 million deaths in the two capitalist “world” wars, which saw its country invaded, bombed and reduced to starvation and cannibalism by this bloody experience, is a threat to America which by comparison lost less than half a million people – some .02% of the Russian total – is one that can only be placed into consciousness by creating a vast pool of unconsciousness. Americans with knowledge of material reality would not accept the dreadful drivel being poured into their heads, which is why rulers are pouring it on faster, and with more fury. If it truly is darkest just before the dawn, we are hopefully experiencing what will become the most shining burst of light imaginable. Hopefully non-nuclear.

This article was originally published by “Legalienate Blog“ – 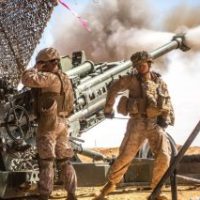