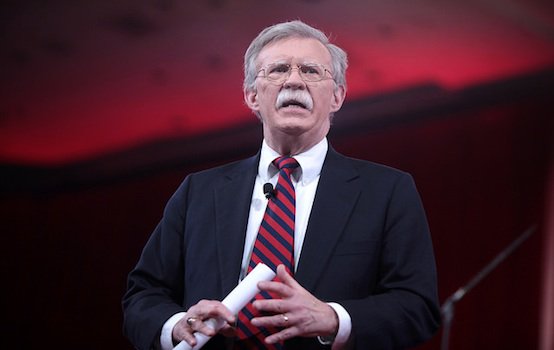 In a move that was entirely predictable, the US administration is once again threatening to bomb Syria if there is a “chemical weapons attack”.

This was entirely predictable because that chemical attack script has been read out, with salty crocodile tears, fake concern, and mocked indignation by US talking heads over the years – since 2012, in fact, when former US President Obama himself drew his red line on Syria.

“…if the Syrian regime uses chemical weapons we will respond very strongly and they really ought to think about this a long time.”

Beyond the tattered veil of moral superiority that is US war propaganda, Bolton’s words were clearly a very public command to Al-Qaeda and co-extremists to stage yet another fake chemical attack. 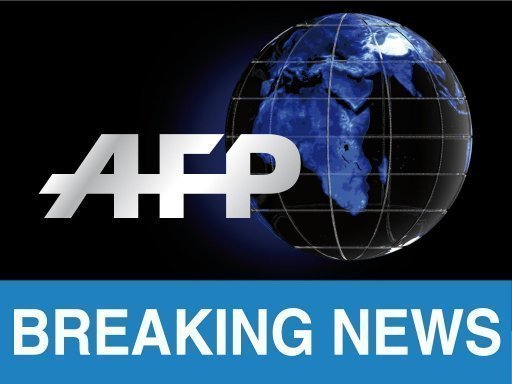 John Bolton just ordered al-Qaeda to use chemical weapons against our civilians. Nothing is clearer than that.

Bolton’s statement was preceded by an August 21 France-UK-US (FUKUS) joint statement, likewise threatening further illegal bombing of Syria if a chemical attack in Syria occurred (based on evidence the US never has nor needs to reveal).

Recall that the last time they acted on such a threat, in April 2018, the US and its interventionist alliesdidn’t even wait for the Douma lie to be exposed, let alone for any mythical evidence to materialize, before they illegally bombed Syria with 103 missiles. The bombings occurred before the Organisation for the Prohibition of Chemical Weapons (OPCW) had a chance to visit the Douma sites in question.

It seems that FUKUS’ appetite for destroying Syria wasn’t satiated in April 2018, nor in the April 2017 bombings of Syria following unsubstantiated allegations around Khan Sheikhoun, Idlib.

The over two decades-long director of Human Rights Watch (HRW), Ken Roth – who couldn’t even discern whether a video was Gaza’s Israeli-flattened Shuja’iyya or Syria when he tweeted about it being Aleppo in 2015 – is re-beating the Ghouta 2013 dead horse to scare would-be humanitarians around the world. The Western narrative of events in Ghouta been widely-discredited by journalists, and by the so-called “rebels” themselves. 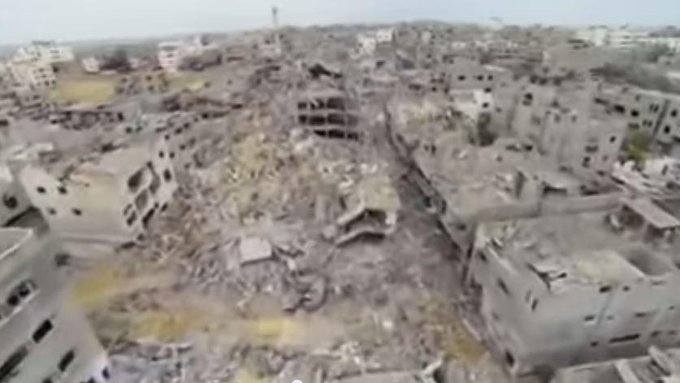 I stand corrected: this is video of Gaza destruction after last summer, not Aleppo. Telling. http://trib.al/8mKXm1R

However, many people are rightly skeptical and disbelieving of the alarm cries, having seen this sort of song and dance before. The war propaganda heightened dramatically just prior to and during the liberation of eastern Aleppo and of eastern Ghouta, to name but two examples.

Doing the job of corporate media, others continue to pose valuable questions about this latest outbreak of propaganda on chemical weapons attacks.

Chemical weapons accusations are among the most overused war propaganda tactics during the war on Syria. From late 2012 to April 2018, NATO’s mouthpieces have screamed bloody chlorine or sarin. But time and again, they’ve been revealed as intellectually-challenged, supremely-unoriginal liars, to put it politely. Less shrill voices have pointed out the many occasions where so-called “rebels” had access to sarin, control over a chlorine factory, and motives for an attack to occur, among other prudent points. 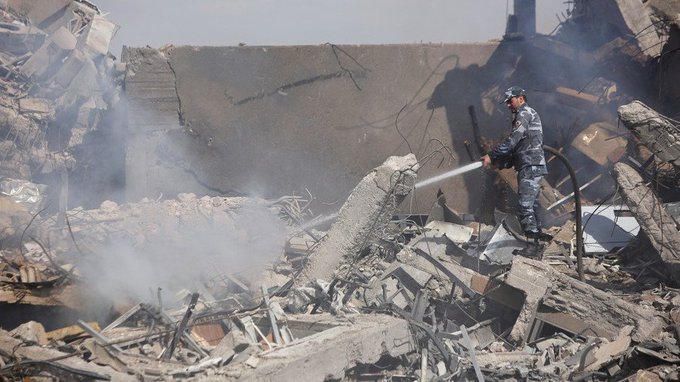 Caught in a lie, US & allies bomb Syria the night before international inspectors arrive (Op-Ed by @EvaKBartlett) https://on.rt.com/93ay

Of the Khan al-Assal allegations, Carla Del Ponte, a lead member of the UNHRC commission of Inquiry, stated that it was “rebels” which used sarin, saying:

“I was a little bit stupefied by the first indications we got… they were about the use of nerve gas by the opposition.”

A Mint Press News journalist who went to the areas in question wrote of speaking to “rebels” and their family members who blamed Saudi Arabia’s Prince Bandar for sending them weapons they didn’t know were chemical weapons and didn’t know how to use.

Investigative journalist Seymour Hersh wrote and spoke on the sarin allegations, noting (among many things) that, “the sarin that the Syria army has, has a different chemical component than the sarin that would be made by al-Nusra.”

Among the many questions journalists should have posed around the April 2017 Khan Sheikhoun allegations is the question of how we can trust any of the samples by the OPCW when clearly there was no chain of custody: the area is controlled by Al-Qaeda or groups affiliated, groups which have a vested interest in fudging results.

As noted in an article by Moon of Alabama, there is also a distinct lack of certainty around the Khan Sheikhoun accusations. The article further notes that in the OPCW report on Khan Sheikhoun, there are what they mildly dub as irregularities: the 57 cases of patients being admitted to hospitals before the alleged incident occurred, and the contradictory results of blood vs urine samples in “sarin victims”.

Following the April 2018 White House accusation that the Syrian government used sarin in Douma, and in spite of Damascus’ insistence on an OPCW investigation, FUKUS bombed Syria, including Damascus’ densely-inhabited Barzeh district, destroying a site which was involved in production of cancer treatment components, but not chemical weapons.

The OPCW’s July 2018 interim report on Douma noted that in samples taken from alleged sites, no chemicals that are prohibited in the Chemical Weapons Convention were detected. The OPCW found traces of “chlorinated organic chemicals”, but not Sarin, as alleged by supposed expert Eliot Higginsand the White House, among others.

Who benefits from these repeated allegations? Would the Syrian government truly have benefited had it perpetrated any of these alleged attacks? No. Would it have been logical for the Syrian president to have ordered such a chemical attack, knowing it would bring forward the wrath of Obama, Trump, and their allies? Do these allegations benefit the regime-change coalition? Yes.

In their recent briefing report on the Douma allegations, the Working Group on Syria, Propaganda and Media analyzed the facts around the Douma allegations (and previous ones), the discrepancies around the official narratives, and the murky details behind experts bringing us “evidence”, including one expert with potential ties to the UK’s Secret Intelligence Service, MI6.

Factors which just might influence the official outcome of investigations.

Regarding the latest concerns by FUKUS about a chemical attack, I agree on one point: we should be concerned that there will be a new attack or staging thereof, but not by the Syrian government. As has happened so many times prior, a staged attack would be done by NATO’s tools in Syria.

In fact, Syrian media recently noted the likelihood that members of the White Helmets and Al-Qaeda in Syria recently transported shipments of barrels from a chlorine recycling factory near the Turkish border to terrorist-occupied areas of Idlib.

If true, indeed strange activities for a “neutral rescue” group, and a worrisome setting of the stage for a new round of accusations.

Obfuscating the legitimate fight against Al-Qaeda in Idlib

What Bolton, CNN, or any other mouthpieces of illegal intervention attempts in Syria are avoiding mentioning is the Al-Qaeda elephant in the room: the designated terrorist group, which now goes by Hay’at Tahrir al-Sham (HTS), dominates Idlib. HTS supposedly “cut” ties with Al-Qaeda but still maintains the same ideology.

Envoy for the US-led coalition (pretending to defeat ISIS), Brett McGurk, even deemed Idlib “the largest Al-Qaeda safe haven since 9/11, tied directly to Ayman al-Zawahiri (current #Al-Qaeda leader) & this is a HUGE problem.”

Yet, CNN was just back in Idlib (having illegally entered, again), glossing over the Al-Qaeda factor, as predicted, and beginning, what will become, a nonstop stream of war propaganda focused on the city.

Eyes on Idlib: Syrian children robbed of innocence to act as mouthpieces for US coalition proxies (Op-Ed by @VanessaBeeley) https://on.rt.com/9cis

Eyes on Idlib: Syrian children robbed of innocence to act as mouthpieces for US coalition proxies —…

Syrian children are being callously exploited by the regime change war promoters and marketing agencies to sell a conflict that will inevitably lead to the deaths of more children.

In fact, many on social media are predicting the recycled war propaganda memes we’ll be seeing more of soon from the regime-change coalition, including “last hospitals”, Bana al-Abed 3.0 child twitter accounts (Bana 2.0 accounts were created during the liberation of eastern Ghouta), and the latest emotive hashtag #EyesOnIdlib.

Days ago, HTS’ Abu Mohammed al-Golani spoke against the surrender of armed groups in Idlib. Another “Syrian rebel” in Idlib, an Egyptian Al-Qaeda commander, threatened Syrians, who might be considering reconciliation, with crucifixion.

It’s not only terrorists who oppose reconciliation. Western governments find that concept a thorn in the side of their intervention project. Reconciliation has brought peace and stability to areas across Syria, most recently Daraa governorate. When I went to Daraa in May 2018, terrorist shells rained down. Now, after a combination of military operations and reconciliations throughout Daraa, calm reigns, as in eastern Ghouta and Aleppo prior.

Yet, every time the process is beginning in a new area, terrorists shell humanitarian corridors, and Western talking heads squeal about unverified “atrocities”, turning wilfully blind eyes to Al-Qaeda and affiliates in Syria, and demonizing the Syrian and Russian governments for fighting terrorism in Syria.

“We implore those countries to recognize that the unchecked use of chemical weapons by any state presents an unacceptable security threat to all states.”

I’m fairly certain I’m not alone in demanding the US and its allies be held accountable for their documented, unchecked and criminal use of chemical weapons on civilians around the world.

Eva Bartlett is a freelance journalist and rights activist with extensive experience in the Gaza Strip and Syria. Her writings can be found on her blog, In Gaza.