Bodø — where Arjen Kamphuis was last seen — is home to important Norwegian and NATO military installations as well as being a critical node of NATO’s “cyber defense” network.

The belongings of Arjen Kamphuis, a Dutch cybersecurity expertclosely associated with the transparency organization WikiLeaks and its founder Julian Assange, have been found in Norway, sparking fears that Kamphuis was the victim of a criminal act.

Kamphuis’ belongings were found on Tuesday floating in the sea east of the Norwegian town of Bodø, where Kamphuis was last seen on August 20 by a local fisherman.

The discovery is the first concrete lead in an intensive, weeks-long search that was conducted in part by Norway’s elite missing-persons and organized-crime unit, Kripos.

Notably, Bodø is home to important Norwegian and NATO military installations as well as being a critical node of NATO’s “cyber defense” network.

On September 4, Norwegian police stated that, while an investigation into Kamphuis’ disappearance had been opened, there was “no reason to assume that there is a crime, but we keep all possibilities open” and that police had no theory regarding the cybersecurity expert’s disappearance. 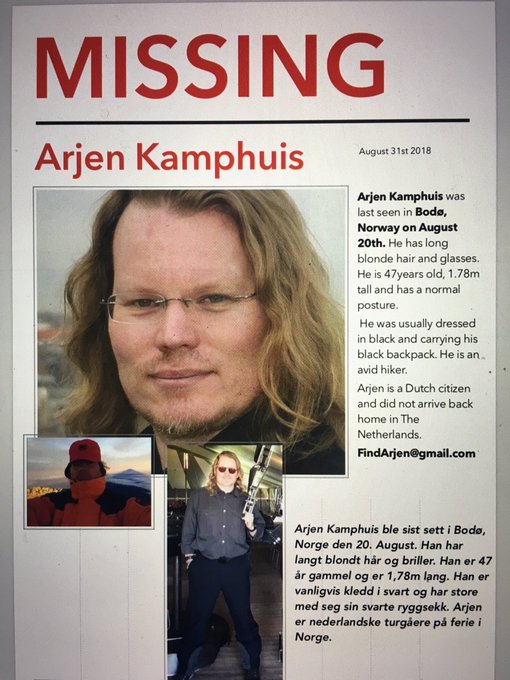 Yet, following the discovery of Kamphuis’ belongings, Norwegian police have been tight-lipped, stating on Wednesday that “due to the ongoing investigation, the police do not at this time wish to release any information about which specific items that have been found.”

Kamphuis’ association with WikiLeaks and his reputation as an internet security expert have spawned several theories regarding his disappearance, with some suggesting that he may have become a target of intelligence agencies given his status as an “associate” of Assange, his efforts to instruct journalists in how to keep their communications secure, and his offer to train WikiLeaks members in how to shield their data from government surveillance. 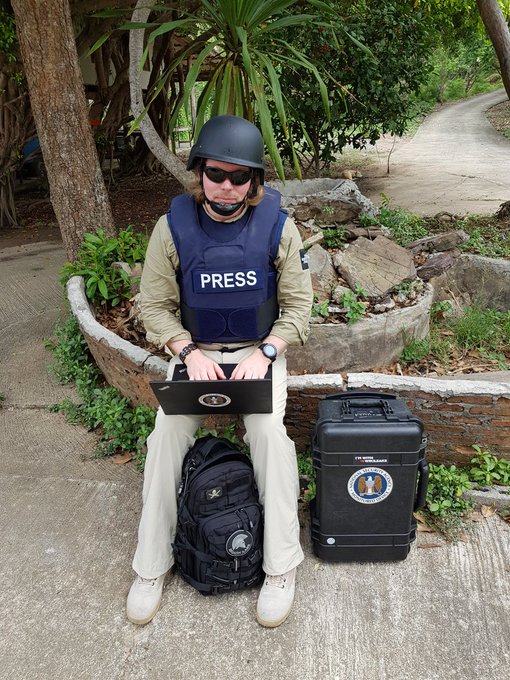 .@JulianAssange associate and author of “Information Security for Journalists” @ArjenKamphuis has disappeared according to friends (@ncilla) and colleagues. Last seen in Bodø, #Norway, 11 days ago on August 20.

Kamphuis’ advocacy against government surveillance and past work with WikiLeaks may indeed have drawn the ire of intelligence agencies like the CIA, as the agency was greatly embarrassed by the WikiLeaks Vault 7 releases last year, which exposed the CIA’s hacking program and how the agency lost control over its hacking tools and exploits.

WikiLeaks and its associates in U.S. crosshairs

Furthermore, the U.S. government in general has upped the ante in its fight to silence government leakers and whistleblowers, as well as the organization of WikiLeaks itself, which then-Director of the CIA Mike Pompeo (currently serving as Secretary of State) labeled a “hostile intelligence service” that was not entitled to First Amendment protections.

Notably, the U.S. government has actively been pursuing Julian Assange, who has remained in the Ecuadorian Embassy for over six years after receiving political asylum in 2012. Assange’s asylum has come under threat as the Trump administration has exerted extreme political pressure against Ecuadorian President Lenin Moreno, leading those close to Assange to worry that his asylum could be withdrawn in the weeks and months ahead.

Other reasons for concern regarding Kamphuis’ disappearance involve past suspicious deaths of other close associates of Assange. For instance, prominent human rights lawyer John Jones, who represented Assange when the Swedish government initially tried to extradite him for questioning on rape accusations, died in May 2016 from an apparent suicide after being struck by a train. However, three months later, his death was ruled not to have been a suicide, as had previously been claimed, and the case remains unsolved. At the time of his death, Jones was working to save the lives of the son of former Libyan leader Muammar Gaddafi and former Libyan spy chief Abdullah al-Senussi.

Another well-publicized case is the 2016 murder of alleged WikiLeaks source Seth Rich, who is believed to be the source of the WikiLeaks Democratic National Committee emails release. After Rich’s death, Assange hinted that Rich was the source of the emails and WikiLeakssubsequently offered a $20,000 reward for information that would help bring his killer to justice.

Two other close associates of Assange, Michael Ratner and Gavin MacFadyen, also died in 2016. However, no evidence has emerged that paints their deaths in a suspicious light, as both were said to have died from complications relating to cancer.

Whitney Webb is a staff writer for MintPress News and a contributor to Ben Swann’s Truth in Media. Her work has appeared on Global Research, the Ron Paul Institute and 21st Century Wire, among others. She has also made radio and TV appearances on RT and Sputnik. She currently lives with her family in southern Chile.