The Political Hypocrisy — Skripals and Khashoggi 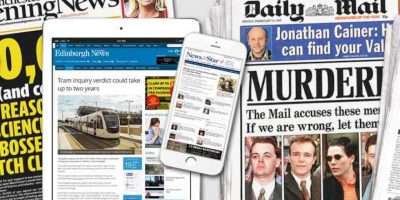 Russia is accused, without substance, proof, nor evidence of a Salisbury poisoning saga; a saga played out, in almost boring repetition, by Prime Minister May and her Cabinet, supported by Trump, Merkel, et al with sanctions, and the expelling of diplomats. No true investigation, no true reporting, contradicting stories; and the mainstream media in tow.

Where are the Skripals today – ‘hidden away’ for life. Prime Minister May will not reveal that information. Reports suggested they will be given new identities and shipped to Canada, or was that America?

Have they, the Skripals, been allowed to have their say as to the (factual) events of that day that lead to their collapse in a park in Salisbury.  No. The British Government’s lies, cover-up, and contradictory stories continue unquestioned, except by the alternative media.

The Saudi Arabians, the “towel-heads”, in cold-blood, murder (in what looks like to be a set-up) a journalist, one of their own citizens, in their Embassy in Istanbul  –  evidence suggest that Khashoggi was still alive when they (the “towel-head” murderers) commenced dismembering his body. Will the true story be told.  Perhaps the Saudis (Trump, the CIA) will make public the recordings of the unfolding events in Khashoggi death.  Will we get the true story   –  doubtful.

Yes, we have read much about the two cases of the Skripals and Khashoggi, for me to repeat the detail in this article.

The relevance is, we have two events, both very different;  but, in hypocrisy, the same.

Oh, yes, those multimillion dollar military armament contracts with the “towel-heads”; so that the world’s biggest supporter of terrorism, and one of the  biggest destructors in the Middle East, can continue their unchecked, and supported (by the likes of America, Britain, France and Germany), “activities” without question. Does Yemen, ring a bell, for just one example?

When it comes to Britain, Canada, France, Germany and America – it is all about political policies which give to their corporate backers, and the “war machine” (George Bush and Cheney, and their mates, invented the ‘war on terror’, which allowed the creation of the “war machine”); and the Saudis are most certainly wrapped up in that “war machine” – and let us not forget the Israelis.

The “towel-heads” get away with murder, literally; and will do so time and time again. But, will there be action by the Western World? Who has who, in their pockets?

Our Western world leaders stink of filth – the filth for which the “towel-heads” have been, and are known, for their murderous activities for decades.

The ridiculous contradictions in the treatment, by the politicians, in the Skripal and Khashoggi cases, are for sure a proof of the hypocrisy by those controlling our political world today.

Gordon J. Brigsley is a professional, with a passion to see the wrongs of the world analysed and shared with those who have an enquiring mind, and (hopefully) those who can be enlightened through accurate and honest reporting.  Gordon can be contacted at gjbrigsley@gmail.com