gallery Did the Fledgling United Nations Have a Legitimate Mandate in 1947 to Partition Palestine?

It is a fact that is hardly credible, but a fact nevertheless, that the vast majority of people, whether Jewish, Christian or Muslim, have now little or no idea of the political machinations that brought about the establishment of an Israeli state in Palestine – a region that was predominately Muslim Arab for well over a thousand years. A period over which there had only ever been a minority Jewish presence. That fact is verified as follows – the documented proof being in the public domain, available to anyone at the touch of a key.

The present United Nations is an international organization founded in 1945 after the Second World War by 50 countries committed to maintaining international peace and security, developing friendly relations among nations and promoting social progress, better living standards and human rights. It replaced the ineffective pre-war League of Nations, after WW2.

On 25 April 1945, the United Nations Conference on International Organization began in San Francisco. Fifty nations were represented who signed and ratified the Charter of the United Nations on 24 October 1945, and the UN was officially formed.  [Those 50 signatories, however, have to be seen in the context of the 193 UN Member states that in 2018 now represent the entire global population i.e. fifty is just over 25% of the present total].

On 29 November 1947, the resolution to recommend to all current Members of the then fledgling United Nations the adoption and implementation, with regard to the future government of Palestine, of the Plan of Partition with Economic Union, was put to a vote in the UN General Assembly.  The result was 33 to 13 in favour of the resolution, with 10 abstentions. That is 33 out of a current total of 193 UN member States i.e. 17%.   (Britain, of course, abstained).

Barely six months later, on May 14, 1948, David Ben-Gurion, the head of the Jewish Agency, proclaimed the establishment of the State of Israel, and U.S. President Harry S. Trumanunexpectedly recognized the new nation on the same day. However, that does not tell the full story. President Truman was not at all in favour of a Jewish state in Palestine and was heavily leaned upon by B’nai Brith International, a powerful Jewish service organisation in America.

In the event, Truman was persuaded to change his opinion. And that decision was of vital importance because a handful of U.N. Member States would inevitably follow America’s lead as a result of intense Zionist lobbying. Consequently, it was in fact only a tiny minority of the global population that actually voted to impose a Jewish state in the midst of the Muslim Middle East.

If the same resolution were to be put to the vote today before a UN that now genuinely represents the entire global population, the result would be vastly different from that in 1947/8. And Gaza would now be a thriving sea-port on the eastern Mediterranean with an international airport, a strong fishing industry and operating as a popular tourist destination as the gateway to the Middle East and its hinterland.

Instead, we have nearly two million civilians under an inhuman siege from an occupying army that is armed and funded by both the US and the UK; that has blockaded essential supplies including electricity for over eleven years in a bid to starve an entire civilian population into submission and effect a regime change.

It’s a story of raw colonial power, political greed and personal ambition through the subjugation of an entire people by an internationally armed and funded, military occupation and illegal settlement, in open violation of the international Geneva Conventions on Human Rights.

Can the International Court of Justice Rule on the Competency of the then Minority United Nations, in 1947, to Arbitrarily Partition Palestine?

In 2018, supported by a US Republican Congress (and a compliant UK Conservative Government), it continues as the spark that will eventually cause a devastating war – unless there is a paradigm shift in policy.  That seems most unlikely under the current Trump White House that is already intent on waging an American war against Iran by deliberately bankrupting the Iranian oil industry against the unanimous will of Europe, China, India and most of the international community.  It’s a very dangerous game by a dangerous man.

Hans Stehling (pen name) is a political analyst based in the UK. He is a frequent contributor to Global Research. 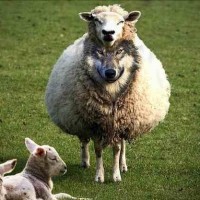 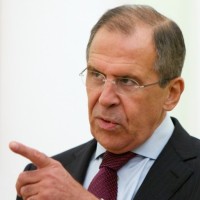 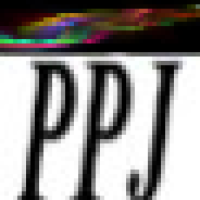