Note: This article contains graphic images that some readers may find disturbing.

Offering visual proof that emergency room doctors are some of the United States’ top experts on the daily impact of insufficient gun regulations in communities across the country, physicians are sharing images of the blood and gore they regularly face when treating gunshot wounds.

Doctors first began posting the photos last week, shortly after the NRA criticized the medical community for pushing for legislative solutions to gun violence—suggesting that physicians are somehow less qualified than a lobbying organization to comment on a public health crisis that sent 700,000 Americans to emergency rooms over the course of a decade.

“Someone should tell self-important anti-gun doctors to stay in their lane,” the NRA tweeted.

Using the hashtag #ThisIsOurLane, doctors from all over the country posted photos of bloody hospital scrubs and operating rooms, showing the gruesome consequences of the NRA’s refusal to back even broadly popular gun control reforms like universal background checks. 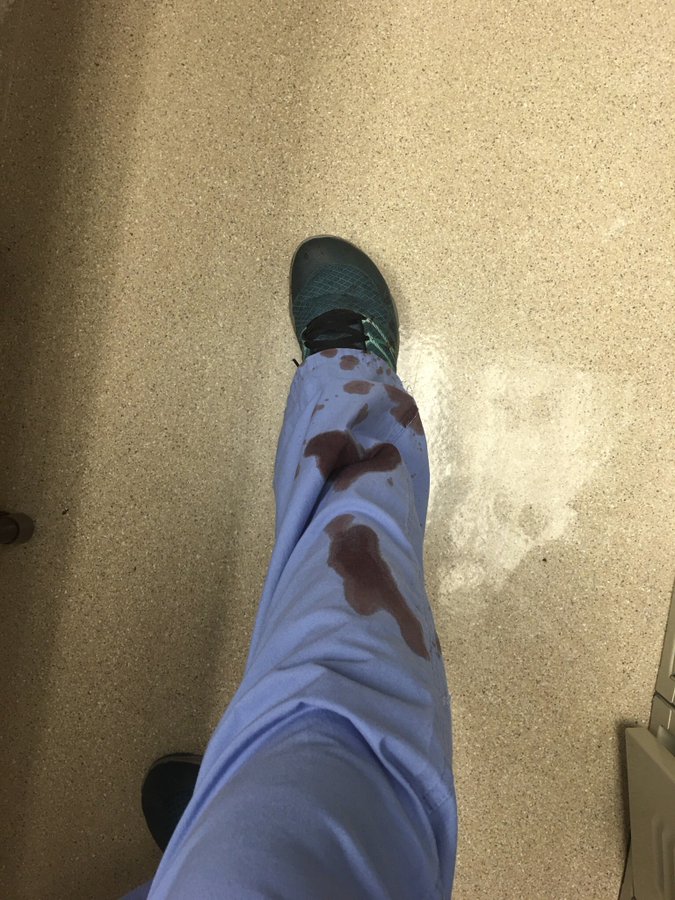 First patient, first day of residency: gunshot wound to the head. Tried saving him as his mother cried into my shoulder pleading for us to save him. He didn’t make it. He wasn’t the last one either. #ThisISMyLane #ThisISOurLane #NRA

10.8K people are talking about this 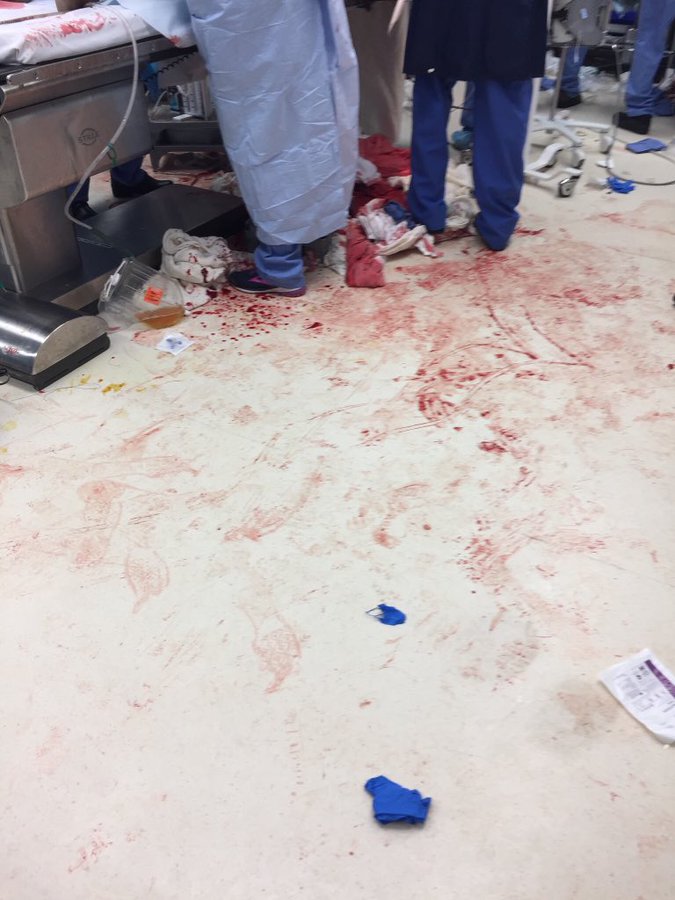 19.2K people are talking about this 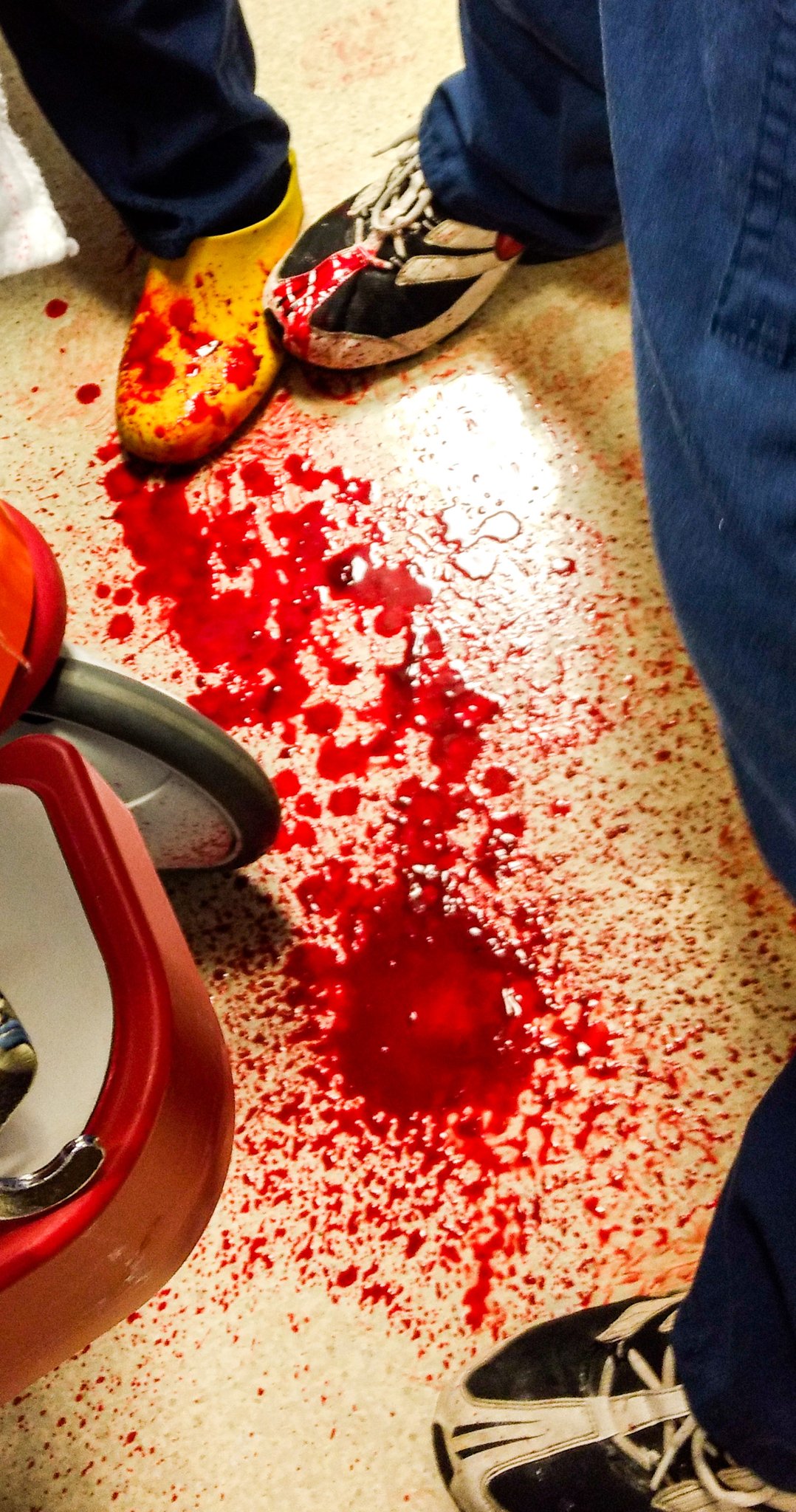 Here’s hoping that the .@NRA and .@AnnCoulter realize that this is the reality we face. We seek solutions, and we won’t quit because lives depend on it. Help us with #bulletholecontrol. Join us. #ThisIsOurLane #TraumaShoes #TraumaSurgery @EAST_TRAUMA @traumadoctors @DocsDemand

927 people are talking about this 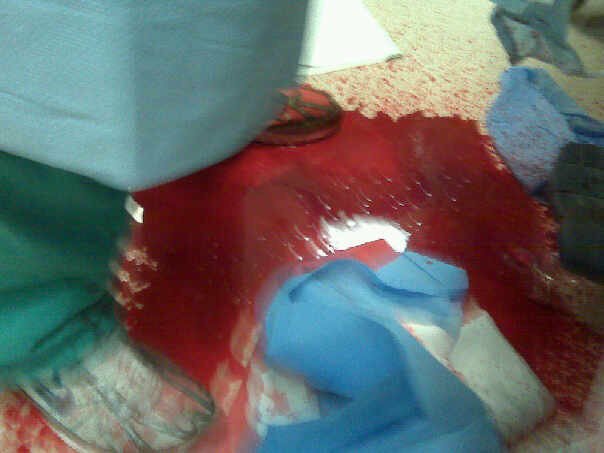 #ThisISMyLane #ThisISOurLane @NRA @DocsDemand @MomsDemand This is what the floor looked like after his chest tube for his giant hemothorax. He locked eyes with me and pleaded, “Doc, don’t let me die.” Enough is enough.

494 people are talking about this

Can’t post a patient photo…. so this is a selfie.

This is what it looks like to #stayinmylane. @NRA @JosephSakran

35.7K people are talking about this

Doctors also signed a letter condemning the NRA’s tweet and imploring the group to either step aside or join them in fighting the gun violence epidemic.

“It is long past time for us to acknowledge the epidemic is real, devastating, and has root causes that can be addressed to assuage the damage. We must ALL come together to find meaningful solutions to this very American problem,” wrote the physicians. “Our research efforts have been curtailed by your lobbying efforts to Congress…We extend our invitation for you to collaborate with us to find workable, effective strategies to diminish the death toll from suicide, homicide, domestic violence, and unintentional shootings for the thousands of Americans who will one day find themselves on the wrong side of a barrel of a gun.”

The photos and letter were posted in support of Dr. Judy Melinek, whose response to the NRA’s tweet last week went viral.

Do you have any idea how many bullets I pull out of corpses weekly? This isn’t just my lane. It’s my fucking highway.

‘Stay in your lane,’ NRA tells doctors who want to reduce gun deaths https://www.nbcnews.com/health/health-news/nra-opens-social-media-war-doctors-over-firearms-n934056 … via @nbcnews

166K people are talking about this

While the photos are disturbing to look at, some gun control advocates have argued that showing the horrific reality of the 67,000 gunshot wounds, 32,000 gun deaths that happen annually in the U.S. is a necessary step toward enacting far-reaching reforms.

Filmmaker and activist Michael Moore predicted that if photos of the crime scene at Sandy Hook Elementary School, where 26 people including 20 first-graders were killed in a mass shooting in 2012, had been leaked to the public, Americans would no longer tolerate the NRA’s control over lawmakers who fail to take action to curb gun violence.

“When the American people see what bullets from an assault rifle fired at close range do to a little child’s body, that’s the day the jig will be up for the NRA,” Moore said. “It will be the day the debate on gun control will come to an end. There will be nothing left to argue over. It will just be over. And every sane American will demand action.”

“As a country, we lost our teachable moment” when Americans moved on after mourning Sandy Hook from a distance.

“The country won’t be ready for it, but that’s what needs to happen,” Goldberg said of the release of autopsy photos of gunshot victims. “That’s the only chance at all for this to ever be reversed.”

This work is licensed under a Creative Commons Attribution-Share Alike 3.0 License
Trump, the NRA, Mass Shootings and the American Culture of Death

Featured image: The aftermath of an operation on a gunshot wound victim at a Boston hospital. (Photo: via Twitter/Chris Bennett, MD)