The perfect example is a study of Winston Churchill

Some men simply enjoy guns, battles and all aspects of warfare.

In Churchill’s case, he found his ‘love’ for war during the time he spent in Afghanistan.

“Nothing in life is so exhilarating as to be shot at without result.” Winston Churchill said at age 22 in 1897 in Afghanistan.

But he was, as are many great men, a walking paradox.

Little did most know how shaky his hands were on many occasions. Also, for example, for decades, Churchill avoided standing too close to balconies and train platforms.

“I don’t like standing near the edge of a platform when an express train is passing through. I like to stand back and, if possible, get a pillar between me and the train. I don’t like to stand by the side of a ship and look down into the water. A second’s action would end everything. A few drops of desperation.” 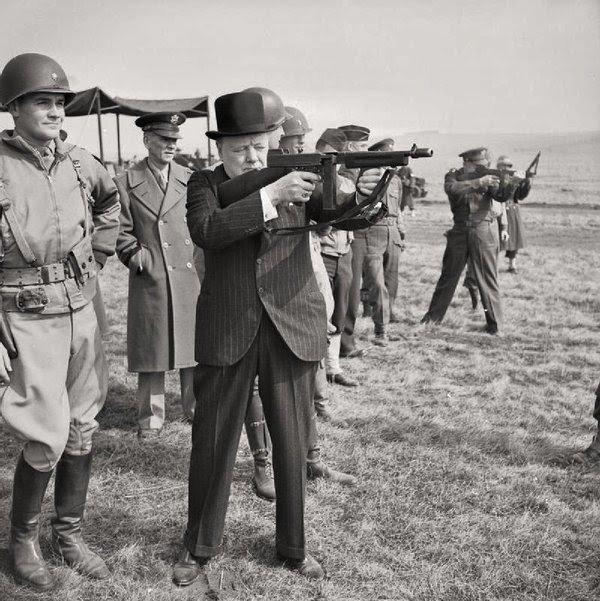 Churchill understood it and named it his “black dog”, who also like many great men, suffered from manic depression.

Churchill’s paradoxes were such that he was so paralysed by despair and even sometimes fear of war, aspects of his character not found easily in history books, that he spent time in bed, had little energy, few interests, lost his appetite, couldn’t concentrate. He was minimally functional; and this didn’t just happen once or twice in the 1930s, but also in the 1920s and 1910s and earlier. These darker periods would last sometimes a few months…and then he’d come out of it and be his normal self.

But normal for Churchill was in a sense also abnormal: when he wasn’t severely depressed and low in energy and lying in bed, Churchill had very high energy levels. He wouldn’t go to sleep until two or three in the morning, instead staying up and dictating his dozens of books. He would talk incessantly in a tantivy of whirling thoughts. So much so that the then US President, Franklin D. Roosevelt, once said of him: “He has a thousand ideas a day, four of which are good.” These are manic symptoms, part of the disease of manic-depression.

After some time, Churchill would go back into months of not talking, not having any ideas, not having any energy. And then he’d be back up again. His mood swings were more than likely related to Churchill’s heavy drinking as much as what we now refer to as a bi-polar disorder.

Churchill was also by character very inscrutable, as likely to insult as to charm dinner party guests. He drank a lot, admitting: “I have taken more out of alcohol than it has taken out of me.” He was irascible, clear by his hot temper and easily provoked anger. However he remained self-assured to the point of arrogance, and wilful. Many who shared his conservative politics couldn’t stomach his erratic nature caused in the main by his heavy drinking bouts.

Churchill was no pacifist in fact, in the middle of World War I, he confessed:

“I think a curse should rest on me because I love this war. I know it’s smashing and shattering the lives of thousands and yet I can’t help it, I enjoy every second of it.”

Winston Churchill was a complex, sometimes paradoxically contradictory and larger than life man who wrestled alcoholism and depression in addition to all these contradictions swirling in a cocktail nearing, some might say a form of insanity, a manic depressive personality that remained with him throughout his lifetime.

In 1897, British forces launched a savage campaign against Afghanistan’s Pashtun tribesmen, forebears of the Taliban, on the North West Frontier. It was the first time for Winston Churchill an aspiring journalist/war correspondent, while also ranked as a junior (lieutenant) cavalry officer, took part in serious and bloody military actions.

Rudyard Kipling best described what the experienced British soldier felt about ‘the locals’ in his ‘The Young British Soldier’: “When you’re wounded and left on Afghanistan’s plains, And the women come out to cut up what remains, Just roll to your rifle and blow out your brains…”

War profoundly affects men which makes their love and hate for it like two sides of the same coin.

To conclude, it might seem an over simplification but must be said; women have more sense. Why I don’t know!