The “Lima Group” Mandate to Trigger Regime Change in Venezuela

The “Lima Group” Mandate to Trigger Regime Change in Venezuela

Its Pretence to be an International Body Is Irresponsible and Dangerous 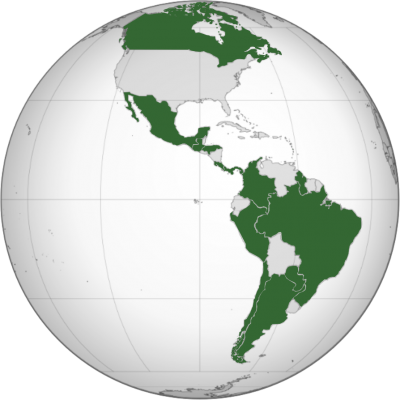 Sixty years ago Canada did not break diplomatic relations with Cuba while the OAS expelled Cuba from the organization after the triumph of the Cuban Revolution. Today the OAS remains firm with its mandate of no interference while Canada is leading an illegitimate splinter of OAS countries, self-anointed as Lima Group, to push for regime change in Venezuela. That is irresponsible and dangerous.

At this time sixty years ago Cuba had just won its revolution through a popular uprising that overthrew a dictator. Two years later in 1961 the US masterminded a false flag invasion of Cuba that failed. Later, in 1962 the Organization of American States (OAS) turned against Cuba and expelled it from the organization isolating the country until 2009 when the OAS invited Cuba to join again. Cuba declined. The US has maintained a progressively squeezing unilateral trade and financial blockade on the island since 1960.

Since that January 1, 1959 Canada has taken mostly an independent stance on Cuba and has maintained diplomatic and commercial relationships with the country. Even today when the US government places Cuba as a member of the “troika of tyranny” together with Nicaragua and Venezuela, the Canadian government is practicing a formal association with the Cuban government still overtly declared socialist. It may well be in order to protect the extensive interests built over time without the competition of US businesses. But that is a different topic.

Today in a different socialist revolution in Venezuela we have a reversed situation.

Hugo Chavez has won the presidency of Venezuela through democratic ballots in 1999, as current president Nicolas Maduro did in 2013. All 25 elections at different levels in the last twenty years have been democratic and constitutional with participation of opposition parties. This is an undeniable truth despite misinformation from the compromised media and governments.

Unlike its past position towards Cuba, the OAS has repeatedly refused to condemn Venezuela even under the strongest pressure from Washington. The organization has seen fit to abide by the OAS Charter of 1948 that in Article 19, Chapter IV states:

“No State or group of States has the right to intervene, directly or indirectly, for any reason whatever, in the internal or external affairs of any other State. The foregoing principle prohibits not only armed force but also any other form of interference or attempted threat against the personality of the State or against its political, economic, and cultural elements.”

Breaking that explicit mandate and contrary to its independent position with respect to Cuba sixty years ago, Ottawa has been instrumental in the creation of the so-called Lima Group with the sole mission of regime change in Venezuela.

For the record it has to be emphasized that the “Lima Group” is not an international organization. It’s just an ad hoc group of governments with no other purpose than to promotes the overthrow of the legitimate Maduro government.

Permanent Council to consider Situation in the Bolivarian Republic of Venezuela (Source: OAS)

In that context its latest declaration that calls to not recognize Maduro’s presidency beginning with the inauguration ceremony on January 10, and to impose various other forms of “punishment”, cannot to be taken as a formal resolution issued by an established international body like the OAS or the UN. Unfortunately, the Venezuelan opposition conveniently chooses to take it that way. For example, the self appointed members of the “Supreme Court of Justice” in exile issued their own call to “recognize the Lima Group resolution.” That is extremely misleading, irresponsible and dangerous.

The “Lima Group” of 13 governments (out of 33 OAS member States), signatories of the declaration (Argentina, Brasil, Canadá, Chile, Colombia, Costa Rica, Guatemala, Guyana, Honduras, Panama, Paraguay, Peru y Saint Lucia), is totally illegitimate in its pretension to be an international body. The group wants to achieve outside the OAS what it could not achieve within the OAS. Ultimately, it will have to be held accountable as the foreign ideological instigator of any violence that might occur in Venezuela.

Despite the above necessary explanation of a clear international illegal act that tramples on the sovereignty of another country, it is important to broaden the perspective of the situation by highlighting two points. First of all, the Mexican government, although member of the “Lima Group”, has not endorsed its document. More sensibly, it justified its abstention by requesting that an open dialogue be established with the government of Venezuela instead of imposing isolation and threats. Mexico was another country that maintained diplomatic relations with Cuba 60 years ago. It seems to be more consistent than Canada.

Secondly, by a reported count, it appears that the majority of countries in the world will accept the legitimacy of Nicolas Maduro’s presidency and will recognize his government for the next six years. In fact, a few heads of State may even attend the inauguration ceremony on January 10 in Caracas.

In concluding however, not for one second anybody should expect that the elected president of Venezuela, or of any other country for that matter, must be declared legitimate by any foreign State. That privilege belongs only to the six million 244 thousand Venezuelans, representing 32% of the total number of people with the right to vote, with more than 4 million votes ahead of the candidate who came in second, and with a voter participation of 48%. By all accounts Venezuelans have chosen their president democratically for the next six years. That is the meaning of self-determination.

Nino Pagliccia is an activist and freelance writer based in Vancouver. He is a retired researcher from the University of British Columbia, Canada. He is a Venezuelan-Canadian who follows and writes about international relations with a focus on the Americas. He is the editor of the book “Cuba Solidarity in Canada – Five Decades of People-to-People Foreign Relations” (2014).

Does Canada Support an Invasion of Venezuela?
The original source of this article is Global Research
Copyright © Nino Pagliccia, Global Research, 2019