Imagining Reality: Two Minutes to Midnight on the Clock of the Atomic Scientists

On January 24, 2019, the Bulletin of the Atomic Scientists has stated:

“Humanity now faces two simultaneous existential threats, either of which would be cause for extreme concern and immediate attention. These major threats—nuclear weapons and climate change—were exacerbated this past year (2018) by the increased use of information warfare to undermine democracy around the world, amplifying risk from these and other threats and putting the future of civilization in extraordinary danger.”

History is replete with instances where an “end” has been falsely predicted. Where do present climate science-based projections and the probabilities of nuclear war lie?

What are the origins of the imminent demise of much of nature, likely including a large part of the human race? Where does responsibility lie? Is it the unrelenting conflict between life-giving and life-destroying forces in nature, the megalomaniac nature of leaders, infinite greed, messianic zeal, murderous atrocities of colosseum games, obscene film and TV shows that create model mirrors in the mind of growing generations?

Australia’s Naval Base in Papua New Guinea: Power Play in the South Pacific against China

At the roots of human pre-history are the tribe and the tribal leader, typically the stronger and brave hunger and warrior, capable of providing the tribe with food and protect it from enemies. The leader, however, may not be the wise and is prone to dragging the tribe to disaster, as have kings and emperors through the ages. Leaders, however, do not arise in a void but within circumstances which enhance their rise to power. 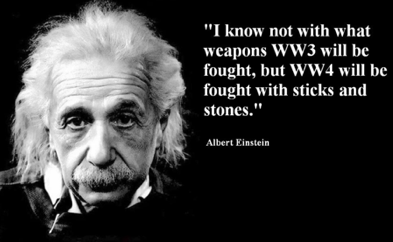 Translated to modern societies, it is often the more ruthless, canning and corrupt types who get to the top, but then, once the species has mastered the technologies of combustion, manipulation of the electromagnetic spectrum, splitting of the atom and production of a variety of poisons, the species needs to be absolutely wise and in control if it is to avoid self-destruction by its own inventions.