Tomorrow, net neutrality will get it’s day in court. The U.S. Court of Appeals for the District of Columbia Circuit will hear oral arguments in the legal challenge to Ajit Pai’s reckless and resoundingly unpopular repeal of open Internet protections, brought by a coalition of startups, states, and public interest groups.

Digital rights group Fight for the Future, which has been behind the largest online protests in history and mobilized tens of millions of people to defend net neutrality, issued the following statement, which can be attributed to Deputy Director Evan Greer (pronouns: she/her):

“Comcast, Verizon, and AT&T are going to wish they never picked this fight with the Internet. More than a year after the repeal of net neutrality people are still outraged and paying close attention. Ajit Pai’s FCC blatantly ignored public opinion and acted with reckless disregard for the law in order to give a massive government handout to some of the most power-hungry corporations in the US.

Telecom lobbyists were hoping that we would have given up by now. They thought they could outspend and outlast us. They were wrong. Internet activists are continuing to fight in the courts, in Congress, and in the states. Net neutrality is coming back with a vengeance. It’s only a matter of time.” 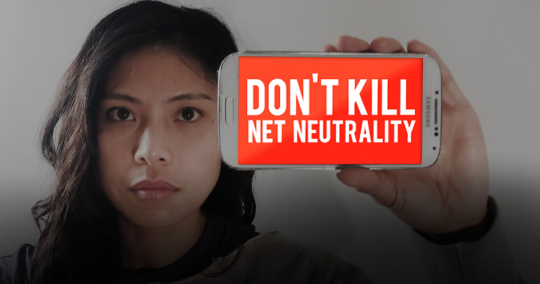 Fight for the Future has been calling on Congress to conduct a thorough investigation of Ajit Pai’s corrupt actions at the FCC, and is pushing for lawmakers to act to restore net neutrality while opposing weak legislation pushed by telecom lobbyists that would undermine the open Internet while claiming to save it.

Image is from FFTF