On Sunday morn, February 28 1813, General Ramon Correa, commander of 800 Spanish Royalist troops, sat upon his favourite Cucuta pew. While Correa communed with the Almighty, Simon Bolivar marched 400 men to hilltops overlooking Cucuta. Futile attempts to dislodge Bolivar left Correa’s men disorganised and demoralised; and left Correa sporting a head-wound. In the afternoon Bolivar, espying gaps in Cucuta’s defences and in his own ammunition stores, led a bayonet charge at the town. Panic-stricken defenders scattered; abandoning a fortified town stacked with weapons and ammunition. 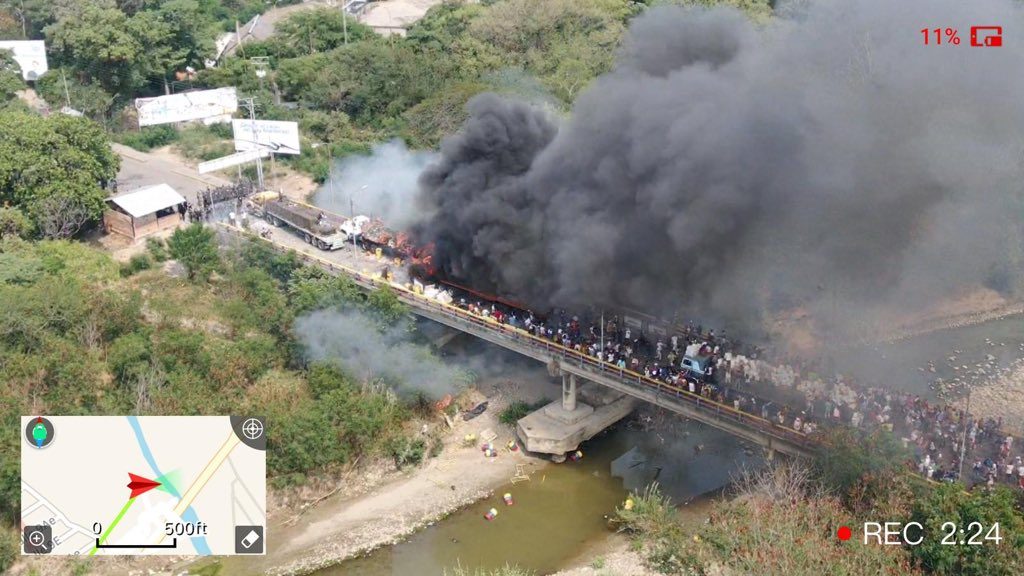 Venezuela rejected American aid which they ascertained to be a regime change tactic and weapons smuggling ruse. Disregarding Caracas, USAID dispatched several US Airforce cargo planes freighted with 190 tonnes of aid to warehouses in Cucuta; a Colombian city of 650,000; a few kilometres from Venezuela’s border.

Guaido’s choice of February 23 (“F23”) is significant. The Constitutional clause upon which Guaido erroneously bases his pretense to Venezuela’s presidency stipulates that the “Interim President,” which Guaido erroneously auto-proclaimed himself to be on January 23, must hold elections within 30 days of becoming Interim President. While a partisan semi-literate observer might be gulled into believing circumstances warranted an interim presidency, there is no redacting the requirements to hold an election within 30 days. F23, being the election deadline, pounded the final nail into the coffin of Guaido’s frail presidential creds. The Cucuta aid invasion was in part designed to provoke a violent spectacle to serve as evidence of Guaido’s having been physically prevented from holding an election.

The masterplan, repeatedly spouted by Guaido, involved amassing a million supporters in Cucuta and then having them triumphantly carry USAID packages passed the “usurper” Maduro’s crumbling lines. Guaido promised a “human avalanche.” He boasted signatures from hundreds of thousands of Venezuelans affirming their commitment to the Cucuta pilgrimage.

There were logistical challenges. Guaido’s support is concentrated in Caracas and Maracaibo. Caracas is a 13-hour drive from Cucuta, down a winding 870-kilometre highway. Maracaibo to Cucuta is a 7-hour drive down a 425-kilometre road. Transportation by car would require 200,000 cars, 26 million litres of gasoline, and would cause paralysing traffic jams.

Provisions presented another problem. The USAID included 100 tonnes of food. A million porters would snack this down as they strolled across the border. Further issues related to latrines and water.

Reportage hyping F23 betrayed growing unease about Guaido’s lack of planning. This disquiet surfaced days before F23 when USAID Administrator Mark Green gave an exculpatory interview stressing that his job was limited to getting aid to Cucuta. It was Guaido’s job to get that aid to Venezuela. 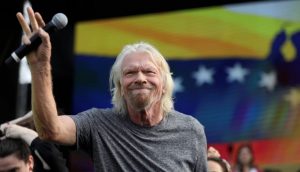 Rushing to Guaido’s logistical rescue came billionaire Richard Branson and several Colombian tycoons. They announced a Venezuela Aid and Freedom concert for February 22. They lined up 32 A-list performers and brought the full complement of outdoor concert amenities. The concert attracted a mainly local audience of 200,000 some of whom were cajoled into sticking around for F23’s festivities. Guaido defied his travel ban to hobnob with the celebs, and with the presidents of Chile, Paraguay and Colombia each of whom found time to attend this apolitical humanitarian concert.

On F23 eve US Special Representative for Venezuela, Elliot Abrams, flew to Cucuta. National Security Adviser John Bolton cancelled a Seoul meeting to fly back to the Sit-Room. USAID’s Green frantically shuttled about.

On F23 no USAID packages crossed the Colombian-Venezuelan border. Advertised throngs of hundreds of thousands of Guaido loyalists; resolved to a few thousand. Local hooligans were enticed to throw rocks and torch aid trucks. A few Venezuelan National Guards deserted; including one hero who drove his armoured vehicle into a crowd of civilians.

Over the day, doctors treated 37 demonstrators for injuries. F23 was a boutique photo-op riot. Compared to its billing F23 was a shambolic fiasco.

On F23 morn, Field Marshal Guaido made a cameo appearance; hanging off the side of a truck. He wasn’t seen again. He tweeted about an upcoming meeting with Vice President Pence in Bogota whereat Guaido promised to recommend “all options” for removing Maduro. “All options” means US invasion. Great patriot.

The second battle of Cucuta proved as much of a calamity for imperialism as the first.