Ecuador traded Julian Assange for a loan from the International Monetary Fund, which can only be handed out with the approval of Washington, John Shipton, the WikiLeaks co-founder’s father, has said.

“Ecuador doesn’t have its own currency. It uses the US dollar,” Shipton told 60 Minutes Australia.

You can’t get an IMF loan unless the United States approves it – upon agreement to remove Julian from the Embassy.

In late February, Ecuador has reached a $4.2 billion staff-level financing deal with the IMF to keep its struggling economy afloat. Such staff-level agreements can only happen if they are greenlighted by the Washington-based lender’s executive board.

Less than two months later, Ecuador’s president Lenin Moreno revoked Assange’s political asylum. The publisher and journalist was detained by the UK police, which dragged him out of the Ecuadorian embassy in London. He had been holed up there for almost seven years fearing extradition to the US for publishing evidence of its war crimes and shady policies on his whistleblowing project WikiLeaks.

RT’s Ruptly video agency was the only outlet present to capture the arrest on video. Shipton commented on the footage describing the “terrible” effect that the pressure has had on his son. “I’m 74, he looks as old as me. He’s 47.”

Assange’s father said his main fear now was that Britain will deport the whistleblower to the US. Formally, the Americans want to prosecute the publisher for an alleged cyber-conspiracy with former US Army soldier Chelsea Manning, who passed thousands of classified US military documents to WikiLeaks in 2010. But many believe the number of charges will pile up once the US gets hold of Assange.

“The US was determined to ruin his life, for whatever reason. They want to demonstrate that publishers and whistleblowers will be destroyed,” Shipton said. 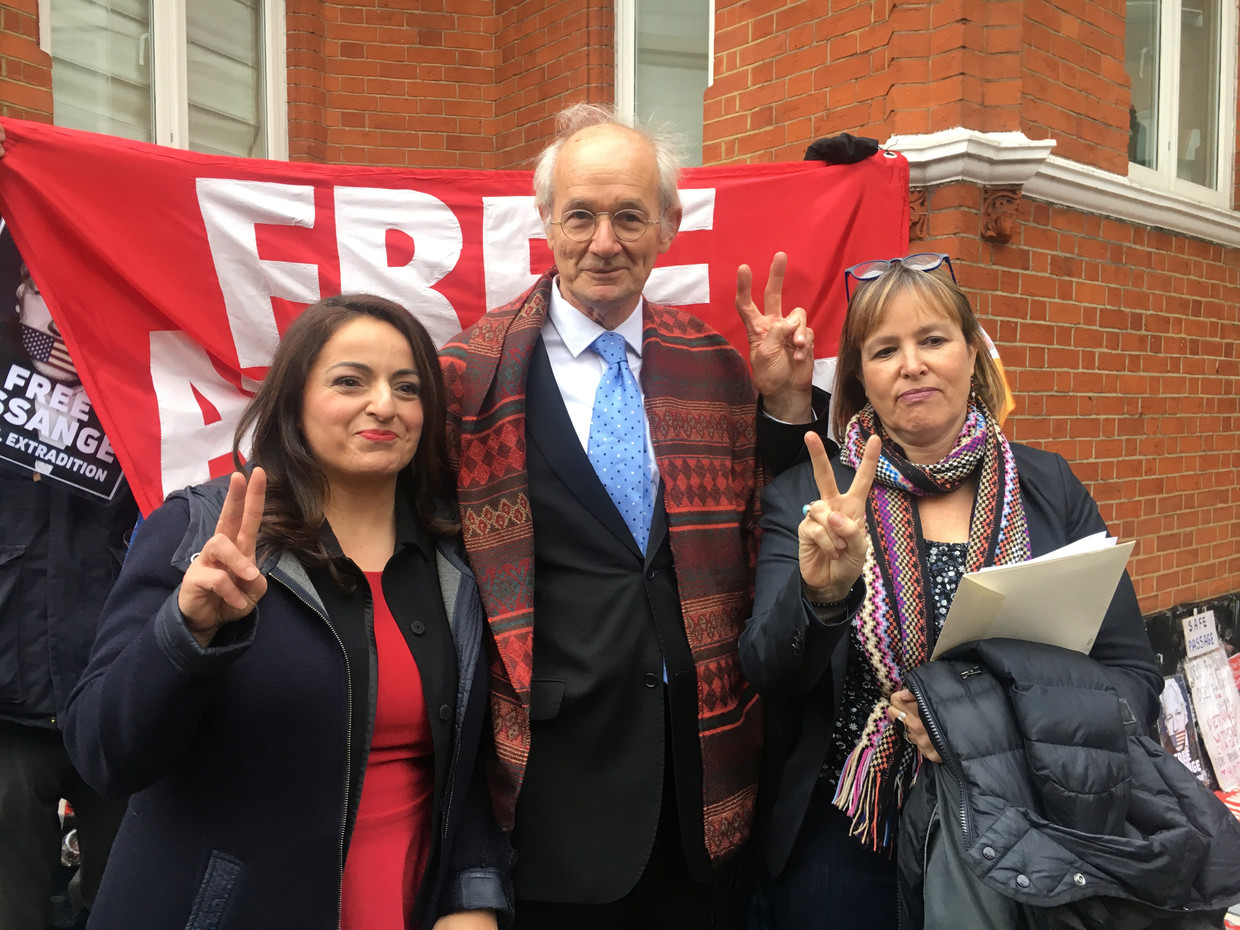 He also laughed at the claims that his son was working with the Kremlin, which were first voiced by the Hillary Clinton camp. “Oh for god’s sake, Russian asset, spare me,” the father said.

Donald Trump won the 2016 presidential vote in the US not because the WikiLeaks published the emails of the Democratic National Committee, but because Clinton as Secretary of State “destroyed Libya and giggled like a madwoman seeing a bayonet that’s stuffed up Gaddafi’s a**hole,” he argued.

Shipton parted ways with Assange’s mother Christine Ann Hawkins when she was pregnant with Julian, but he kept in touch with his son and reportedly last visited him in the Ecuadorian embassy on Christmas.

Posted by Jaime C. on April 28, 2019 in Uncategorized and tagged Ecuador, Julian Assange.