The opposition leader is still in the Spanish Ambassador’s residence, but has allegedly claimed asylum.

Caracas’ Fifth Court revoked Lopez’s house arrest Thursday andordered his immediate detention, indicating that once in custody, he will have to serve out his remaining sentence at the Ramo Verde military prison. Lopez had served five of a 13-year sentence for his role in the 2014 anti-government protests which left 43 people dead. The hardline opposition leader began his sentence in Ramo Verde having it commuted to house arrest in July 2017.

The court cited Lopez’s actions during Tuesday’s attempted coup d’etat which he led alongside self-proclaimed “Interim President” Juan Guaido, describing Lopez’s conduct as a “flagrant violation” of the terms of his sentence, specifically of his restriction of movement and ban on making public statements of a political nature.

In response to the arrest warrant, Lopez told press from his current location in the personal residence of the Spanish ambassador in Caracas that he will “dedicate all [his] time and effort” to Guaido’s cause. He also thanked the government of Spain, clarifying that he is a “guest” in the ambassador’s residence.

“I don’t want to return to prison, but I’m not afraid to do so,” he added.

Lopez had escaped from his home early Tuesday morning, allegedly with the help of rogue officers from the National Bolivarian Intelligence Service (SEBIN). He then appeared alongside Guaido outside La Carlota Air Base in eastern Caracas, with the men claiming to have control over key units of the armed forces and calling for them to oust Maduro.

Lopez and his wife, Lilian Tintori, remain in the residence of the Spanish ambassador in Caracas where they sought refuge on Tuesday afternoon while Guaido unsuccessfully attempted to lead a march into western Caracas. It is unclear how Venezuelan authorities plan to apprehend Lopez or if they will later apply for his extradition. No warrant has so far been issued for Guaido despite ongoing police investigations.

Likewise on Thursday, National Assembly Vice President Edgar Zambrano was charged by Venezuela’s Supreme Court with “treason, conspiracy, incitement to insurrection,” among other charges. Zambrano was one of several opposition figures who joined Guaido and Lopez in the Altamira overpass on Tuesday morning.

Tuesday and Wednesday saw violent clashes between opposition sectors and security forces in eastern Caracas. Violence also broke out in other parts of the country, such as in Barquisimeto, Lara State, with opposition demonstrators torching a local government building charged with child protection services allegedly claiming that there were Chavistas inside. 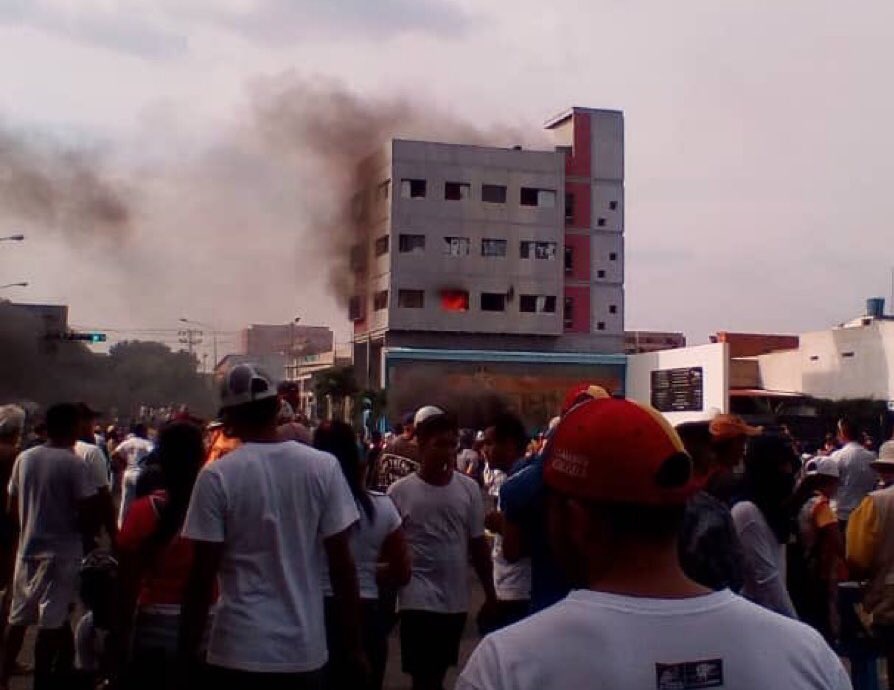 The Venezuelan Observatory of Social Conflict informed that opposition activist Jurubith Rausseo García, 27, had died in Plaza Altamira in eastern Caracas on Wednesday night, allegedly due to a bullet to the head. NGO Provea had previously reported the death of Samuel Enrique Mendez (24) in Aragua State on Tuesday. The circumstances surrounding both deaths remain unclear at the time of writing.

“The murderers will have to pay for their crimes. I will stake my life on this,” he wrote.

40.5K people are talking about this

Guaido also announced the next steps in so-called “Operation Freedom” via social media on Wednesday evening, including a call for a “escalated strikes” in the public sector starting Thursday.

Initial reports indicate normal levels of workplace participation in public institutions Thursday as the country returned to its day-to-day activities, with no major trade unions coming out in support of Guaido’s call.

“Before the eyes of the world (…) in Venezuela there is a consequent, loyal, well molded and united Armed Forces as ever before, which defeat coups from traitors which sell themselves for dollars stemming from Washington,” Maduro affirmed.

A handful of soldiers supported Guaido’s thwarted military uprising on Tuesday, appearing on open top vehicles during the opposition march. Many, however, abandoned Guaido and Leopoldo Lopez, later explaining that they were deceived by their superiors into participating in a “training exercise,” The Venezuelan government suggested that as many as 80 percent of the soldiers who initially were seen with Guaido subsequently withdrew from the oppositions activities for this reason.