Saving the World’s Nature and Biodiversity

Islands of Nature in a Sea of Decline – Indigenous and Local Knowledge, Action and Contributions

Nature is decreasing worldwide at an alarming rate – it is time to look to indigenous peoples to help find the solution. This was one of the key conclusions reached in the first global assessment of nature and biodiversity, released today (6 May) in Paris.

“We are at a historical crossroads for humanity,” said Cristiana Paşca Palmer, UN Assistant Secretary-General and Executive Secretary of the UN Biodiversity Convention, speaking in Paris this week at the closing of the IPBES 7 plenary session.

“We are counting on everyone everywhere and especially indigenous peoples & local communities who are closest to the land, whose survival is most at risk, and whose traditional knowledge and practices can show us all the way forward,” she said.

The report shows that the situation of global nature looks dire, but there are glimmers of hope that could lead to a reverse in this trend. Scientists, governments and civil society agree – the answer lies in knowledge, both in ‘traditional’ science and also with knowledge generated by indigenous peoples and local communities, who have safeguarded nature for millennia.

“The combination of scientific evidence and indigenous and local knowledge makes this report much richer,” said Anne Larigauderie, executive secretary of IPBES.

In the largest and most comprehensive attempt to assess the state of our living planet, governments, scientists, civil society and indigenous peoples and local communities came together at IPBES7 and agreed that we are exploiting nature faster than it can renew itself.

“This report shows that our global home is under threat, and nature is in decline,” saidAroha Te Pareake Mead, who attended IPBES 7 as a member of the International Indigenous Forum on Biodiversity and Ecosystem Services (IIFBES).

“This decline is driven by a predominant economic and political system that favours increasing consumption and growth over living in harmony with nature,” she added.

In New Zealand, Maori use the term ‘kaitiaki’ to describe their intergenerational guardianship responsibilities to their ancestral lands, environment, and rich cultural heritage.

“If we can adopt a global political model that focuses on the concept of kaitiakitanga (guardianship) we might still have a chance to save our planet and all of its biodiversity” said Te Pareake Mead. 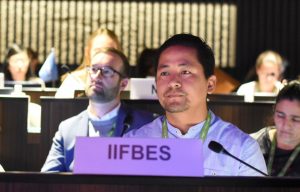 The global assessment reports that nature managed by indigenous peoples and local communities is under increasing pressure…but declining less rapidly than in other areas of the world. Increasingly, these ‘islands’ of great natural diversity found on indigenous lands are increasingly being surrounded by vast tracts of the earth in natural decline.

One reason for this difference in diversity could be down to the value systems that societies place on nature.

“We interact with nature every day, and we think carefully how we manage our resources – we have spiritual and sacred relationships with our natural resources, which means we must manage our lands in a sustainable way so we can pass it on to the next generation.

“For this reason, we must continue to fight for the rights to our lands, territories and resources – if we don’t have rights, if we are attacked, we cannot protect our forests – they take the resources from our lands, but we care for these lands. Without security for our collective land rights, the land can be exploited, nature loses out, and there’s nothing to pass on to the next generation,” he said.

“The Indigenous caucus (IIFBES) appreciates greatly the evidence generated by the global assessment highlighting the important contributions of Indigenous Peoples and Local Communities to the conservation and sustainable use of biodiversity and nature’s gifts,” said Lakpa.

Action is now required. The Global Assessment states ‘The positive contributions of indigenous peoples and local communities to sustainability can be facilitated through national recognition of land tenure, access and resource rights in accordance with national legislation, the application of free, prior and informed consent, and improved collaboration, fair and equitable sharing of benefits arising from the use, and co-management arrangements with local communities.’

“We look forward to working with all governments, scientists, citizens and all stakeholders involved in this quest for a solution over the coming years,” said Lakpa.

“Indigenous understanding encompasses practice, knowledge, spirituality and deep relationships with ancestral lands and sacred places, and it is good to see that this has now been recognised and included in this global assessment,” he said. 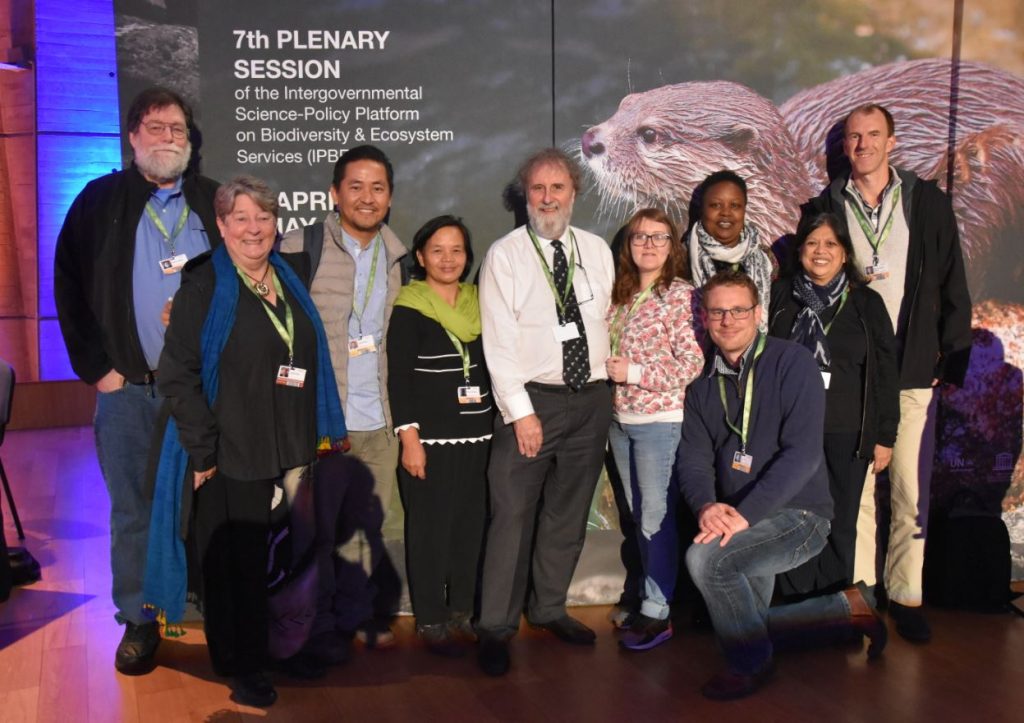 Featured image: Cristiana Paşca Palmer, UN Assistant Secretary-General and Executive Secretary of the UN Biodiversity Convention, speaking in Paris this week at the closing of the IPBES 7 plenary session.