A Great Flushing Out: Social Media Footprints and Electioneering in Australia 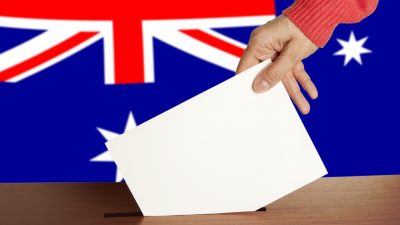 It has been an uninspiring election, punctuated by occasional moments of madness on the part of various candidates.  Their sin was to be incautious in their previous use of social media, a form of communication that reveals everything and nothing about a person.  In a political sense, the erring tweet and the injudicious remark on an online forum have laid waste to incipient political careers and ambitions.

This is a far cry from the supposedly mighty role the use of social media was meant to have in participatory politics.  Now, the chickens have come home to roost in various unexpected ways.  Social media outlets are condemned for being platforms for misinformation and manipulation (the horror!) and tech giants are given daily tongue lashings by politicians and representatives for not being online Bobbies.

Paradoxically, these are the same critics who have been more than happy to embrace such media to access voters at virtually no cost.  As President Donald J. Trump once explained on his use of Twitter,

Various surges in the polls by presidential hopeful Bernie Sanders in 2016 were occasioned by a conspicuous and aggressive presence on social media relative to his rival, Hillary Clinton.  In Britain, the rise of Jeremy Corbyn to the position of Labour leader was very much boosted by a dedicated social media following.

Social media in this Australian federal election has done quite the opposite: rather than advancing profiles and improving visibility for the candidate, mistakes have been noted, and previous misbehaviour drawn out as grave errors of judgment.  Bad speech has been picked up and prosecuted by the machine men and women of various parties.  Resignations have been encouraged, and, in some cases, forced.

This instances have provided marvelous distractions from policy, fitting for those who do not have any.

“The offensive remarks,” notedThe New York Times, “have forced at least six candidates for Parliament to quit, while many more linger like zombies – most of them from the conservative governing coalition and other parties on the right.”

The range of comments, for all the unsavoury nature, would not have seemed out of place in previous elections.  Susan Harris-Rimmer, a law academic at Griffith University, expressed amazement “that these people are being asked to resign, because a lot of this stuff would have been seen as normal a few years ago.”  It was “a bit of a sign of success that they’re being forced to leave.”  Harris-Rimmer ignores that obvious point that such individuals do not leave so much as retreat to the party undergrowth.

Corporate News is Losing Its Readers. Support Truth in Media

Has Australian politics suddenly become righteous?  A sense of proportion is in order, and social media is precisely the medium that distorts it.  Rage is magnified, as are errors.  Idiotic behaviour, probably mandatory for a teenager, is rendered immutable if it touches on rape humour or sexual observation.  Luke Creasey, an urchin-looking Labor candidate running in Melbourne, expressed contrition at doing so but ultimately fell on his sword.  He acknowledged making “those awful comments many years ago and they in no way reflect the views I hold today,” claimed Creasey in a statement.  He understood “, especially as a member of the LGBTIQ community, that we need to be careful about what we share or like on social media.”

Others have been somewhat fresher in their sins.  Jessica Whelan, formerly a Liberal candidate running in the seat of Lyons, came undone with the airing of various social media posts in the Tasmanian parliament.  In 2017, Whelan’s response to a woman regarding public housing waiting lists was piquant:

“Given that your profile states that you went to college at ‘never lose hope in Allah’… I hope you’re not bloody on our housing waiting list.”

Another, addressed to a Facebook video purportedly showing American Muslim and non-Muslim women praying together, was similarly direct.

“Round them up Donald, cut their clitorises off and sell them to Muslims in Muslim countries and cancel their passports.  You’ll make a mint.”

Jeremy Hearn, also of the Liberal Party, was binned for anti-Muslim remarks made in 2018.  Those sinister warriors of Allah (“people of bad character”), he said pointedly, had been insinuating themselves into the landscape, concealing their true intentions in wishing to overthrow the Australian government.

Not to be outdone, Peter Killin, another Liberal candidate, resigned after attacking his own colleagueand member for Goldstein, Tim Wilson, in a comments thread of a blog post by Christian conservative blogger Bill Muehlenberg.  While contesting the seat of Wills in Melbourne’s inner-north, Killin made no secret of the fact that he was against the pre-selection of Wilson for Goldstein, who had won by “one lousy vote” in 2016.  “Many of us will recall [Wilson] was the openly homosexual who proposed to his boyfriend in parliment [sic].”

One of the last hold outs – and there are no doubt a few more lurking – was Gurpal Singh, Liberal candidate for Scullin.  What eventually pushed him?  Not remarks made in 2017 equating same-sex marriage with paedophilic tendencies.  It took Facebook comments to an SBS article written in 2018 expressing disagreement with an allegation of rape made by a Punjabi woman against her husband.

“Based on new information that has come to light,” explained a Liberal party spokesman, “Mr Gurpal Singh has been asked to resign as candidate for Scullin.”

Singh called it “shameful that a married woman suffering family violence can go to such extent” having “skimmed her lover, husband and father of her two children for all these years.”

Perversely, in an era characterised by episodic Twitter deluges by a US President, many bruising and scornful of political correctness, Australian politics shows a far more regulated concern for the red mist of online commentary.  The social media scrubbers within the parties have gotten busy.  Tweet and be damned; share, and face the consequences.  In Creasey’s own warning, “this is a really important lesson for young people that your social media footprint will follow you.”