The U.S.’ Welcome of China on Afghan Peace Process Headed for Win-win Results

“We welcome the positive role of Russia, China, and any other country in the Afghan peace process”, a U.S. State Department official said on Friday, an unexpected announcement considering the increased trade tensions between the U.S. and China after Washington’s unilateral imposition of hundreds of billions of dollars’ worth of tariffs on Chinese imports.

Some might be struggling to make sense of why President Donald Trump would condemn China on trade while one of his diplomats praised it for its role in the Afghan peace process that very same week, but this just proves that pragmatic cooperation between the two countries is still possible in areas of shared interest despite disagreements elsewhere and that the official’s words should therefore be interpreted as sincere.

China has been participating in the Afghan peace process for quite a few years already, but the latest round has been the most successful thus far. Out of all the main parties taking part in this process, China is the only one that’s totally neutral because it doesn’t have a history of military-political involvement in the country. 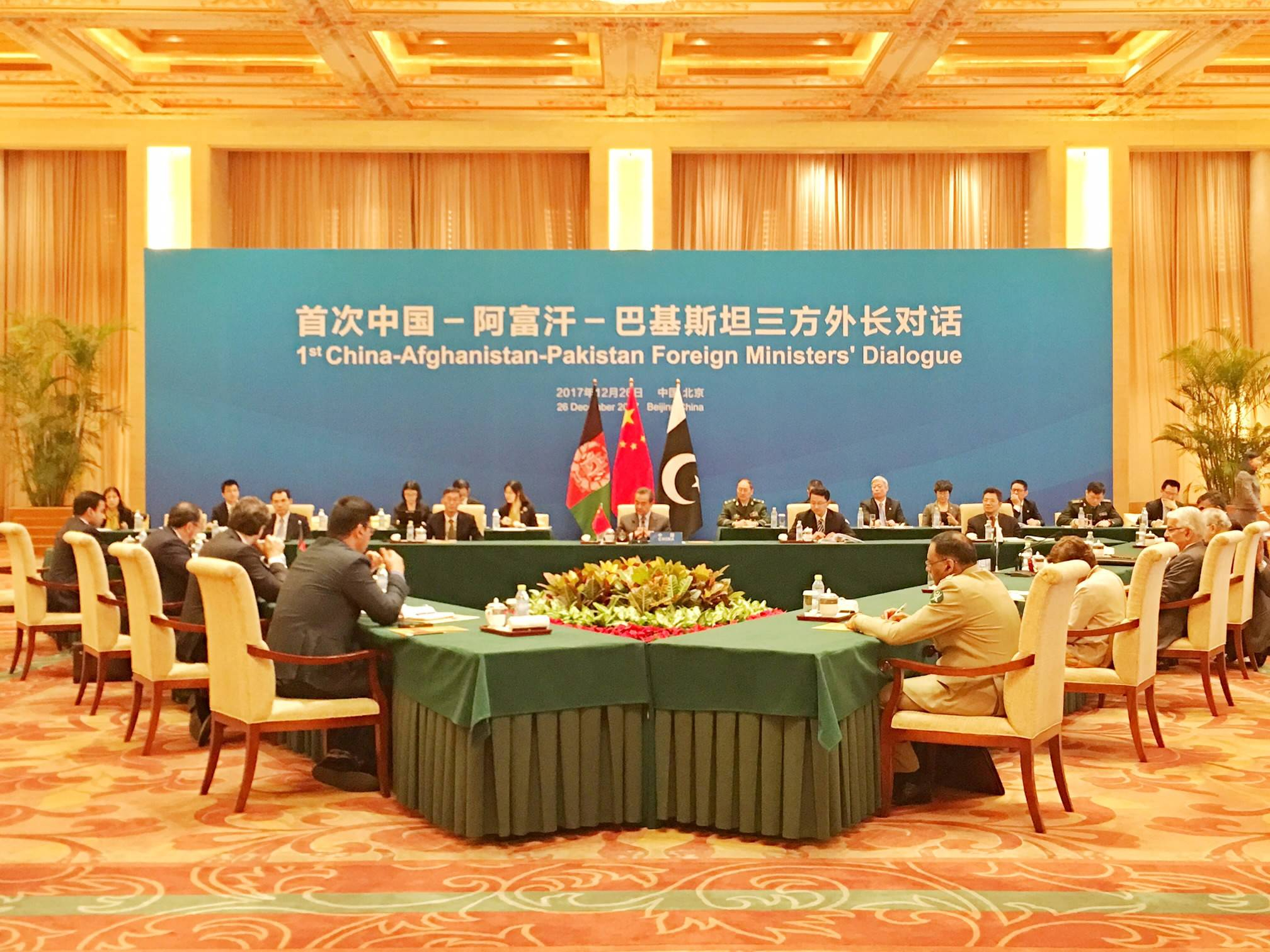 This uniquely positions China to mediate between all the relevant players and contribute to shaping a constructive long-term outcome for sustaining peace in the conflict-torn country if an agreement is ever reached between the warring sides. Only China has the capability to rebuild Afghanistan, and it can put its experience with the China-Pakistan Economic Corridor to use in constructing much-needed roads, railways, schools, hospitals, and power plants there once the war ends.

What’s Mike Pence Talking About? The US and China Are Already in a Cold War!

It shouldn’t be forgotten that the root causes of terrorism can be traced back to economic factors that somehow or another contributed to an individual’s radicalization, so rectifying socio-economic disparities by bringing fair and even development to Afghanistan’s people should in theory reduce terrorism in the long run.

Providing jobs and respectable livelihoods to its citizens can give them opportunities that they’ve never had before, improving their lives and therefore making all of them stakeholders in enthusiastically upholding whatever peace might eventually be reached. This in turn could strengthen national reconciliation by creating a community of shared destiny within the country prior to incorporating this national community into the wider one presently being formed along the Silk Roads.

Although the current American administration generally views relations with China as a zero-sum game, it seems that Afghanistan might be a notable exception to this pattern, suggesting that the U.S. might be more flexible on its stance when it concerns security-related issues (and especially those dealing with terrorism) than economic ones.

There’s a certain logic to this observation because President Trump is a successful businessman who earned his fortune in the hyper-competitive market of New York real estate, which naturally inclines him to see economic issues through a zero-sum prism. His military, however, has learned the hard way that anti-terrorist and nation-building campaigns must embrace win-win principles if they’re ever to be successful.

Keeping these concepts in mind, it makes sense why the State Department official welcomed the positive role that China is playing in the Afghan peace process in spite of the prevailing trade tensions between the two countries.

The U.S. seemingly understands the need for multilateral win-win cooperation in bringing peace to Afghanistan, but also more importantly in sustaining whatever deal might be reached seeing as how only China is capable of funding the war-torn country’s reconstruction and development projects.

Integrating the strategically positioned state into the Belt and Road Initiative would go a long way towards ensuring that its people have a bright future and are less vulnerable to the pernicious sway of terrorist propaganda, which therefore serves the entire world’s interests and is understandably worthy of universal praise.

Featured image is from SCF