Julian Assange and the Crucifixion of Free Speech

It didn’t take long for the computer intrusion case against Julian Assange to morph into a much larger and far more serious charge of espionage.

The murder of Julian Assange—the espionage act carries the death penalty—and the organized destruction of freedom of speech by the ruling financial and corporate elite are the final objective of this long-running drama.

The war on Julian #Assange is now a war on all. Eighteen absurd charges including espionage send a burning message to every journalist, every publisher. The target today is #Assange. Tomorrow it will be you on the New York Times, you on the BBC. Modern fascism is breaking cover.

5,375 people are talking about this

The corporate-funded internationalist sham known as Amnesty International has refused to support Assange and Manning.

Shame on you @amnesty!

Worth remembering: back in 2018 #Amnesty was very quick to declare Russia’s #Navalny POC… 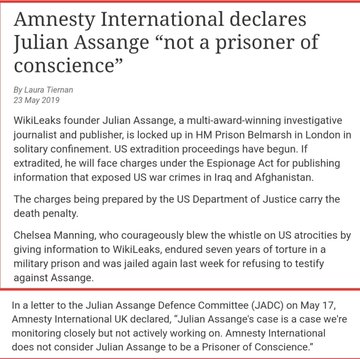 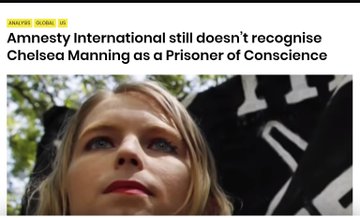 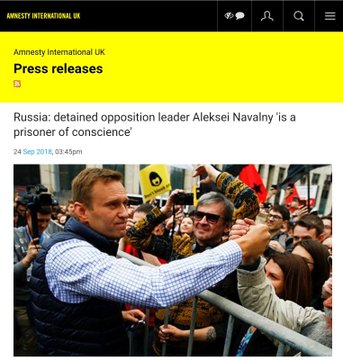 According to Amnesty International, neither Assange nor whistleblower Chelsea Manning are “prisoners of conscience” and their defence is not being actively pursued by the human rights charity. #JulianAssange #ChelseaManninghttps://twitter.com/WSWS_Updates/status/1131541558115938304 …

39 people are talking about this

This really isn’t surprising considering the folks who fund this “human rights” organization. It has received grants over the past ten years from the UK Department for International Development, the European Commission, the United States State Department, and other governments, as well as the Rockefeller Foundation. In other words, it is working for the people who want Assange prosecuted and executed.

For decades, the state used “soft fascism” to rule, but this has changed over the last few years, especially since the awakening that naively put Donald Trump in the White House.

As the economic house of cards begins to fold and an outlier takes office, the state and its controllers discard the soft fascism-corporatism facade in favor of more direct measures.

The erosion of soft fascism for its more direct and menacing ancestor is an ongoing process in effect since 9/11, the Patriot Act, and a cascade of media-generated (from government scripts) fear mongering—first exploiting Muslims, and now going after real enemies of the state: the truth-tellers, the whistleblowers, and those who reveal the reality of naked modern fascism hidden beneath a soft fascist exterior.

In order to accomplish the destruction of truth-telling media, the state unimaginatively created a monster—Vladimir Putin and the Russians. This is a recycling of the old Cold War Soviet monster and a make-over of the sort of induced hysteria and fear mongering that almost brought America to the edge of nuclear war.

The persecution of Assange is a key element in the effort to destroy alternative media and investigative journalism.

After Julian Assange is extradited from his hole in Belmarsh and brought up on charges for revealing the psychopathic activity of the US government, he will either be slammed in prison for the remainder of his life or marched to the little room where they perform lethal injection, the same sort of “justice” dealt Timothy McVeigh for his questionable role in the anomalistic Oklahoma City bombing.

The parallel destruction of alternative media—motivated by the absurd fantasy Russia wants to destroy our “democracy”—will make certain no war crimes are exposed and no malfeasance by the DNC to throw elections unmasked.

The endgame is a return to a docile and submissive public indifferent to wars and the lawless and violent conduct of the state.

“There is no subjugation so perfect as that which keeps the appearance of freedom, for in that way one captures volition itself,” wrote Jean-Jacques Rousseau.

But there is a problem. Millions of Americans in flyover country are fed-up with the government and Congress. They voted for Trump in the false hope the “deep state” would be confronted, the wars brought to an end, and the swamp drained of corporate and foreign lobbyists and parasitical crony capitalist profiteers destroying what is left of a crumbling republic.

Plan B will resort to hard fascism.

The soft variant is no longer effective in controlling the people. It’s a make-or-break situation for the ruling elite. If they are unable to control us with an endless infusion of propaganda hyperventilating over iniquitous Russians and the destruction of a “democracy” that does not exist, they will waste little time rolling out hard fascism under some dire and totally fallacious pretext.

Kurt Nimmo is a frequent contributor to Global Research.

Featured image is from Massoud Nayeri