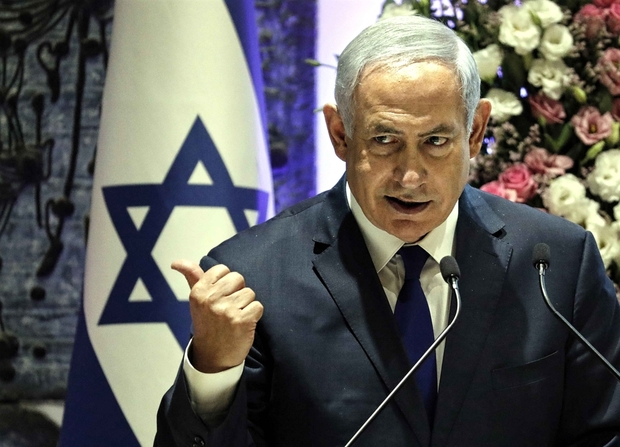 In a move considered surreal even two days ago, the Israeli Knesset – elected on April 9th – dissolved itself last night (Wednesday). Some new Members of Knesset didn’t even get to get to give their maiden speech.

The vote on dismissal came after a few political days which cannot be described as anything but lunatic.

In an attempt to get extra votes to get his government past the president, Netanyahu tried:

With no cards up his sleeve and no rabbits in his hat, the so-called wizard of Israeli politics managed to pull an extraordinary act of self-immolation.

The “King” of Israeli politics failed to create a coalition, and he has only himself to blame. Let’s recount what happened, and begin with what we know. The unknowable will remain such.

Some basic law is needed. By law, once the Knesset is elected, the President must appoint an Member of Knesset – legally, any MK he so desires – to form a government. Without exception in the last 71 years, this was entrusted to the MK who had a majority around him. Often it was the leader of the largest party, but the system works by blocs: if you have 35 MKs in your party and can get another 26 MK’s to tell the President they support you,  you will automatically be offered first dibs at the premiership. This is what happened: Netanayhu went to President Rivlin with 65 supporters, and was given 28 days to form a government.

He failed. This wasn’t of much concern, as it happens almost every time. Netanyahu then asked for, and duly received, the customary 14 extra days to form a government. This is all part of the coalition chicken game: the parties are trying to get as much as they can from the would-be prime minister. They want offices, budgets, sinecures, bills passed. They wave an unloaded gun around, threatening to shoot themselves in the head if the prime minister doesn’t cave to their demands.

So far, so good. Parties are supposed to represent their voters, and get as much as they can for them as is legally decent. But everyone knows the game has to end not 14 days after the extension, but 12: it takes at least a day to write down a semi-respectable coalition agreement, which is a binding legal document.

Options 2 and 3 were never used before.

By late Thursday last week, you could sense something was going wrong. Netanyahu went to the President with 65 supporters – but he couldn’t get them to form a coalition. Noted racist and underworld figure, Avigdor “there are no testimonies against me because the witnesses are all dead” Lieberman, insisted on an arcane amendment to a dead parrot, the Equality in Enlistment Bill. The correction would move the right to set the minimum limit of ultra-Orthodox military draftees from the government to the Knesset. Lieberman claimed, correctly, that if the government could set the limit, it would set a low limit which will allow most ultra-Orthodox draftees to stay home. Lieberman knows this, because he sat in several governments which did precisely that for the last 15 years. The ultra-Orthodox parties, for their part, said the amendment would pass over their dead bodies. Given Lieberman’s reputation regarding dead bodies, that’s not a threat I’d make easily, but they did it anyway.

Any normal prime minister would, in such a case, opt for 2. You’d let Benny Gantz of Blue-White waste time for 28 days trying hopelessly to create a coalition, and when his time was up, you’d go back to the President and ask for a second attempt.

But Netanyahu didn’t dare do so. There were several reasons.

First, just as Netanyahu tried to get Blue-White MKs into his coalition, Gantz could do the same with Likud MKs. Netanyahu was haunted by two scenarios: One, Gantz offering a unity government to Likud and a majority in Likud supporting that deal so as to get rid of Netanyahu; Second, that once Gantz failed, President Rivlin would offer another Likudnik a chance at forming a coalition, and that Likudnik would form a coalition with Blue-White.

The last scenario so haunted Netanyahu, a couple of months before the elections, he tried to change the Basic Law so that the President could only offer the office to party leaders, not any run of the mill MK. When pressed for a reason for changing a Basic Law which worked well for decades, Netanyahu claimed he knew of a conspiracy between President Rivlin and Gideon Sa’ar, a Likudnink, to have Rivlin declare Sa’ar Prime Minister after the elections. Both denied the claim furiously, and unlike Netanyahu, Rivlin is regarded as an honorable man who respects his office. Such shenanigans are beyond him.

But, above it all, the legal clock is ticking.

Netanyahu is a suspect in three legal cases. He has a right to a hearing before a formal indictment. Netanyahu decided on the April elections because he knew the spineless attorney general, Avichai Mandelblit, would inform the public in February about the coming indictments. Once Mandelblit did so, Netanyahu demanded the hearing would be postponed until after the elections. Mandelblit complied.

The elections over, Mandelblit asked Netanyahu’s lawyers to come and get the indictment materials by May 20th, so he could set a hearing for July. Shockingly, they refused to do so. When Mandelblit tried to send them the material via messenger, the lawyers refused to accept it. Their excuse was priceless: Netanyahu didn’t pay them, since he didn’t want to pay his legal fees himself, and was futilely trying to convince a government committee to let foreign oligarchs pay for his legal fees. The committee demurred, demanding Netanyahu would give a full account of his financial affairs, in particular his financial connections with said oligarchs. Netanyahu refused to do so.

Mandelblit then informed the lawyers they can either take it or leave it: the hearing would take place in July. Upon which, most of Netanyahu’s lawyers resigned, presumably still unpaid. One of them remained, and asked for a postponement of the hearing, since he was new at his job and the amount of material was enormous. Mandelblit obliged, and set the hearing for October.

Netanyahu was buying time. He was furiously trying to convince his new would-be coalition to pass two laws: One was an amendment forcing the attorney general to convince the MKs to remove Netanyahu’s immunity before indictment; the other was a legal monstrosity called the Overbearing Clause, which will allow the Knesset to annul any and all judicial reviews of laws and government decisions. Basically it would turn the legal system into a dead letter. These laws would need time, but they would get Netanyahu off the legal hooks. His ultra-Orthodox and settler allies were perfectly willing to pass these laws, as they are hostile to the judicial system.

Netanyahu announced this policy publicly: His indictment, he said, will wait until he will end his service as prime minister. This is contrary to what he said during the April elections, when he affected astonishment at the very idea of legislation intended to unshackle him from the law, but if you believe Netanyahu – well, you can only blame yourself and enlist in the undying army of the suckers.

And then Lieberman threw a spanner in the works. The hearing would be in October. If Netanyahu cannot form a government, he cannot legislate. If we the Knesset is dispersed, the legal clock will keep on ticking without Netanyahu being able to emasculate the courts.

Why? Nobody knows. Anyone who tells you he knows why is probably mistaking conjecture for knowledge. But the fact is: Netanyahu dissolved the Knesset so as not to face an option of a coup within his own party, which in turn would lead him to the penitentiary.

The die has been cast. Nobody knows where it will fall. Nothing like this has ever happened. Nobody knows how the public will react. I will hazard one guess: Lieberman, having won the chicken game of all chicken games, will gain a sizable number of votes, likely at the expense of Blue-White and Meretz. Any other guess (let’s not have the audacity to call it “analysis”) is a fool’s game.

Yossi Gurvitz is a journalist and a blogger, and has covered the occupation extensively.

The original source of this article is Mondoweiss
Copyright © Yossi Gurvitz, Mondoweiss, 2019
https://www.globalresearch.ca/benjamin-netanyahu-fugitive-crime-minister/5679277