While Sarout’s open calls for genocide and sectarianism were totally whitewashed by the press, his case takes its place in a long tradition of deception regarding the proxy war.

If you’ve read the headlines about the death of “Syrian activist” Abdel Basset al-Sarout, you probably think he was a pretty cool guy. Headlines referring to him as a “Syrian footballer, singer and rebel” make him seem like he could have been the love child of Pelé and Freddie Mercury with the politics of Che Guevara.

Sarout may have sang, played soccer, and rebelled, but he was certainly no peace-loving hippie. A more accurate version for the descriptor would read “Syrian footballer, singer [of al-Qaeda’s hymns] and [CIA-backed jihadist] rebel [commander].”

Sing it with me: “The World Trade Center is a pile of rubble.”

It is true that Sarout, as the media suggests, became the face of the revolution. So, fittingly, Sarout sang songs glorifying al-Qaeda’s destruction of the World Trade Center in New York City, a terrorist attack that left 3,000 innocent civilians dead.

In one video, Sarout led a group of America’s beloved “moderate rebels” in singing al-Qaeda’s most famous song: 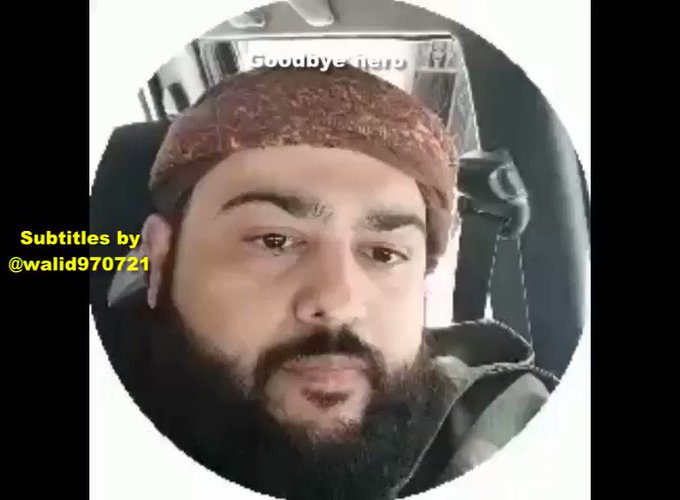 “Mass media outlets are mourning the death of a well-known Jaysh al-Izza fighter named Abdel-Basset al-Sarout with grief-stricken beatifications not seen since the death of war criminal John McCain”https://medium.com/@caityjohnstone/msm-mourns-death-of-cia-backed-syrian-al-qaeda-isis-ally-466d12a597de?postPublishedType=initial …

Video shows Abdel Baset Sarout leading a chorus of terrorists singing a famous Al-Qaeda song which boasts about destroying the WTC and turning it into a pile of rubble on 9/11 and praises Osama Bin Laden. This is the same man who is being hailed as a hero by Western Media. #Syria pic.twitter.com/cZRmf0ZW1h 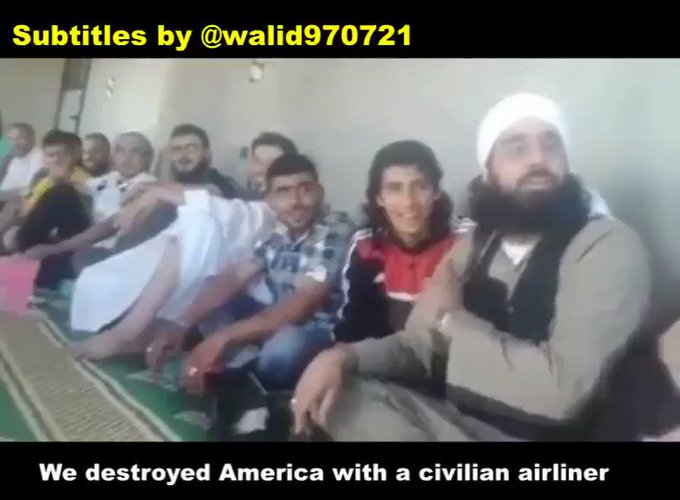 424 people are talking about this

In another video, Sarout is among a group singing about how they intend to kill Alawites, a religious minority to which President Bashar al-Assad belongs:

If they say terrorist, it is an honor to me. Our terrorism is a blessing and a divine call. Alawite police, be patient, oh Alawites. We are coming to slaughter you without an agreement.”

In other videos, Sarout calls not just for genocide against the Syrian Alawite minority but also for the expulsion of Shias:

We are all jihadists! Homs has taken the decision. We want to exterminate the Alawites. Shias must leave!” 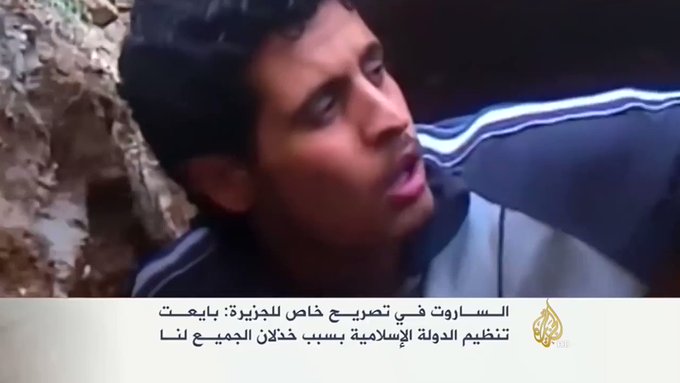 Western thought leaders are lionizing Abdel Baset al-Sarout who was killed fighting the Syrian army. They conveniently omit that he fought in a militia allied with al-Qaeda and pledged allegiance to ISIS. From my mini-documentary: The Syria Deception https://youtu.be/2FUpbZXaN9w

That was from a rally in Homs, Syria, where Sarout made a name for himself as a supposed “rebel icon.” Shortly before he left the city before it was liberated by the government, Sarout recorded a video of his analysis of where the opposition to Assad should go next. In it, he calls for an alliance between the rebel groups of Homs and Jabhat al-Nusra, al-Qaeda’s Syria affiliate, and Daesh.

We know that these two groups are not politicized and have the same goals as us and are working for God and that they care about Islam and Muslims. Unfortunately some among them consider us apostates and drug addicts, but God willing we will work shoulder to shoulder with them when we leave [Homs].

We are not Christians or Shia, afraid of suicide belts and car bombs. We consider those to be strengths of ours. God willing they will be just that. This message is to the Islamic State and our brothers in Jabhat al-Nusra: that when we come out [of Homs] we will all be as one, hand fighting Christians and not fighting internally.”

After leaving Homs, Sarout went even further than before, personally pledging allegiance to ISIS, according to an Al-Jazeera Arabic report. Photos even show him holding their infamous flag. 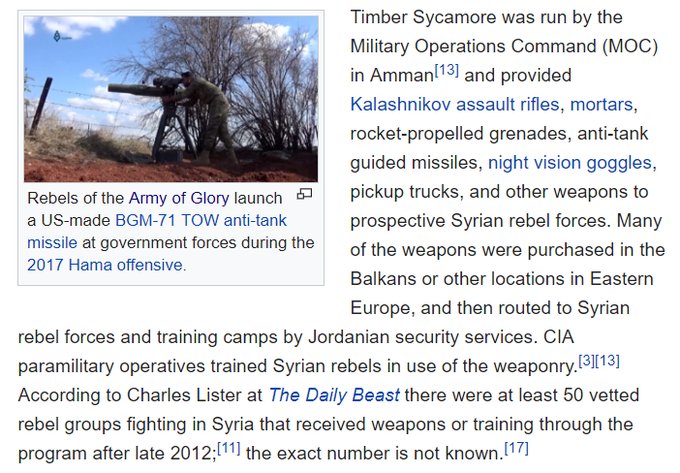 I for one am shocked to see the media whitewashing the legacy of Abdelbaset Sarout, a commander of Jaish al-Izza (Army of Glory), which received weapons and training from the CIA.

Sarout would go on to become a commander in the Jaysh al-Izza (Army of Glory) group. Once a branch of the nebulous Free Syrian Army, Jaysh al-Izza was reportedly supported by the Central Intelligence Agency with training and equipment under its program. Weapons supplied to the group reportedly include anti-tank missiles. Underscoring Jaysh al-Izza’s close relationship with Jabhat al-Nusra, which later rebranded as Hay’at Tahrir al-Sham (HTS), HTS has reportedly used the CIA-supplied weapons in its fighting with the Syrian government and bombings against civilians.

From pledging allegiance to ISIS to “rebel icon”: anatomy of the media’s whitewashing

Despite his terrorist affiliations, the mainstream media has rewritten Sarout’s legacy to their liking. Even al-Jazeera, which reported Sarout’s pledge to ISIS, called him a “rebel icon” in its English-language video report on his death. That video made no mention of any of Sarout’s terrorist ties.

Other news outlets from gulf petro-monarchies funding the proxy war on Syria even call Sarout a “martyr.” Meanwhile, an analysis from Israel’s Haaretz newspaper worried over the fate of other “fighting poets.” While the BBC’s headline played it straight, opting to just provide his name and that he died, the British public broadcaster called him “a symbol of the uprising against President Bashar al-Assad” and quoted another commander in Jaish al-Izza calling him a “martyr” in the article’s body.

Eulogies for Abdelbasset Sarout go like..
“He may have made some mistakes, but …”

A mistake is not checking the date on the milk before pouring it into your coffee, not urging the “revolution” to unite with ISIS in order to kill Christians.

Did media fact-checkers all take the day off?

Below are a sample of headlines whitewashing Sarout’s jihadist “activism:”

Haaretz — The Syrian Nightingale Is Dead, and Soon Other Fighting Poets May Be Silenced

The Guardian — Syrian footballer and ‘singer of revolution’ killed in conflict

Wire services (publications that provide other outlets with syndicated services, allowing them reprint their articles):

While Sarout’s open calls for genocide and sectarianism were totally whitewashed by the press, his case takes its place in a long tradition of deception regarding the proxy war. In perhaps the most sophisticated propaganda campaign in the history of modern warfare, Syria’s White Helmets have worked hand-in-glove with jihadists while on the payroll of Western governments, while Western journalists have upheld ISIS recruiters as “experts” on the war. Sarout’s death is a sober reminder that citizens must fact check the media, since they refuse to do it themselves.

Alexander Rubinstein is a staff writer for MintPress News based in Washington, DC. He reports on police, prisons and protests in the United States and the United States’ policing of the world. He previously reported for RT and Sputnik News.

Featured image is from MintPress News