The US is an aggressor state, its rage to control other nations, their resources and populations the greatest threat to world peace and stability.

Over a century ago, publisher William Randolph Hearst hyped the Big Lie about Spain sinking the battleship Maine, ignoring a coal bunker explosion for what happened.

Hearst told his Havana illustrator: “You furnish the pictures, and I’ll furnish the war.” To this day, Big Lies convince the public to go along with what wouldn’t likely be possible otherwise.

It’s been this way since Harry Truman’s aggression against North Korea to the present day under both right wings of the nation’s war party, especially post-9/11.

Since its 1979 revolution, Iran has been a prime US target for regime change by possible war if other tough tactics fail to topple its legitimate government.

Trump regime war on the country by other means rages, aiming to crush its economy and immiserate its people.

The strategy is highly unlikely to create an internal uprising against its ruling authorities or get them to bend to Washington’s will. What hasn’t worked for the past 40 years isn’t working now and won’t likely ahead.

Plan B is war if Trump regime hardliners dare go this far against a nation able hit back hard against US regional targets, Israel, the Saudis and UAE if they ally with US aggression, along with blocking the strategically important Strait of Hormuz, through which over one-third of world seaborne oil shipments pass, if prevented from selling its own resources.

False flags have been a US tradition from the mid-19th century against Mexico to the present day.

Based on Big Lies, they’re manufactured pretexts for militarism, using the US global empire of bases as platforms for naked aggression against nations threatening no one, along with domestic repression through police state laws, eroding freedoms en route to eliminating them altogether on the phony pretext of protecting national security.

The US global war OF terror, not on it, is a key part of its strategy for gaining control over other nations worldwide — Iran a key US target for regime change to gain control over its vast energy reserves, eliminate Israel’s main regional rival, and curb Sino/Russian Middle East influence.

Incidents in the Gulf of Oman and similar regional ones weeks earlier were Trump regime pretexts for enlisting world support against Iran — based on Big Lies.

US Policy Toward Iran Is All About Regime Change

On Thursday, CENTCOM used easily manipulated video footage to claim Iranian mines were responsible for damaging the Kokuka Courageous tanker, one of two vessels damaged in the Gulf of Oman.

On Friday, Yutaka Katada, president of the company owning the tanker refuted the claim, saying there’s a “high chance” that a “flying object” struck the ship, not a mine as the Trump regime claimed.

“I do not think there was a time bomb or an object attached to the side of the ship,” he stressed, adding: “The crew told us something came flying at the ship, and they found a hole. Then some crew witnessed the second shot.”

No credible evidence backs the Trump regime claim about Iranian responsibility for what happened.

Aside from Britain sticking to the fabricated Trump regime claim, other European countries are dubious about its accuracy.

“video is not enough. We can understand what is being shown, sure, but to make a final assessment, this is not enough for me.”

“Before we blame someone, we need credible evidence,” adding:

Claiming Iran attacked a Japanese-owned tanker while its Prime Minister Shinzo Abe was in Tehran on a diplomatic mission “is not an especially rational thing to do.”

“I’ve reviewed 100+ hours of BDA and I can tell you this, the Navy edited this video and it’s now misleading.” 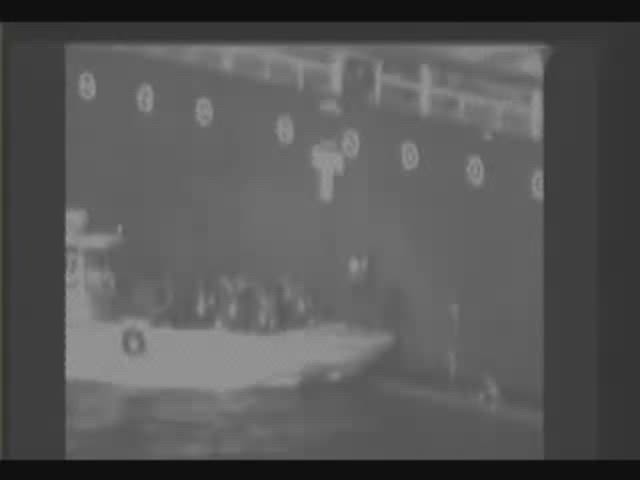 “That the US immediately jumped to make allegations against Iran—w/o a shred of factual or circumstantial evidence—only makes it abundantly clear that the #B_Team is moving to a #PlanB: Sabotage diplomacy—including by @AbeShinzo—and cover up its #EconomicTerrorism against Iran.”

“Moscow resolutely condemns the attacks whoever might be behind them,” adding:

“We think it necessary to refrain from quick conclusions. It is inadmissible to place responsibility for the incident on anyone until a thorough and unbiased international investigation is over.”

“We are worried over the tensions in the Gulf of Oman. We take note of deliberate efforts to whip up tensions, which are largely encouraged by the United States’ Iranophobic policy.”

As of now, the Trump regime failed to get world community support for what appears to have been a Thursday false flag to blame Iran for what no evidence suggests it had anything to do with.

It’s likely just a matter of time before something similar occurs again, pushing things closer to war on Iran in a part the world already boiling from US aggression.