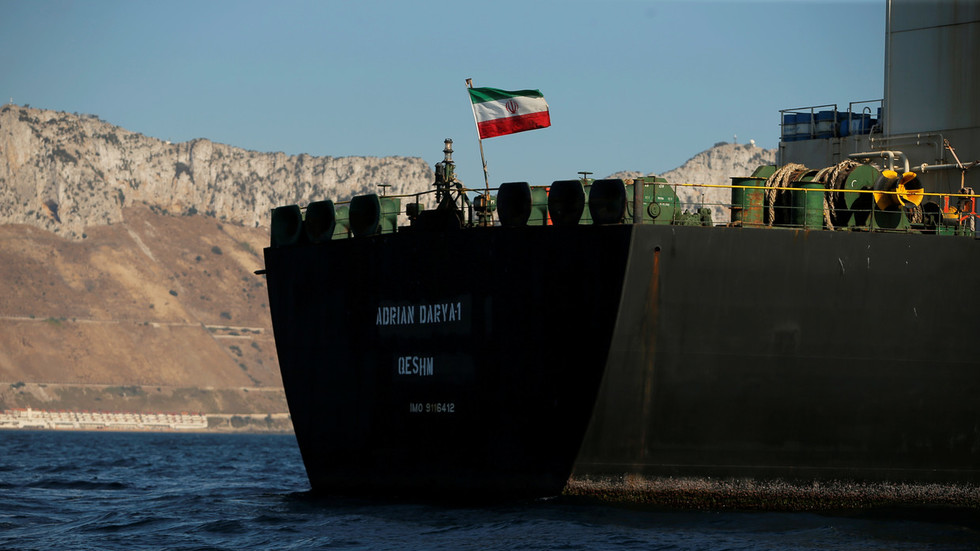 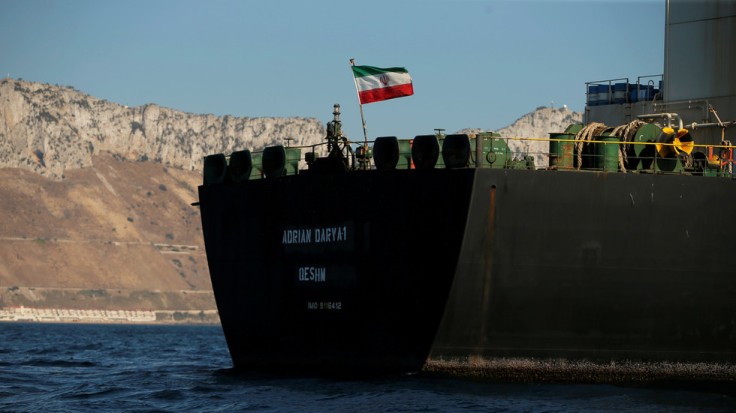 Adrian Darya 1, formerly named as Grace 1, sails through the Strait of Gibraltar on August 18, 2019 © REUTERS/Jon Nazca
Gibraltar has rejected a renewed US request demanding the seizure of the tanker Grace 1, which has been renamed Adrian Darya 1. The ship is expected to set sail from Gibraltar on Sunday evening.

The British overseas territory rejected a warrant issued Friday by a federal court in Washington that sought the supertanker’s arrest, the oil it carried and the almost $1 million allegedly found at an acccount of an unnamed US bank. The US request came into conflict with the EU law under which Gibraltar governs, and led “to the differences in the sanctions regimes applicable to Iran in the EU and the US,” it said in a statement on Sunday.

“The EU sanctions regime against Iran –which is applicable in Gibraltar– is much narrower than that applicable in the US,” it explained.

ALSO ON RT.COMUS unseals warrant to seize Iranian ‘Grace 1’ tanker released in GibraltarThis was the second time in a week that Washington tried to prevent Grace 1 from departing Gibraltar. On Thursday, the Justice Department made a last-minute effort to seize the oil tanker, filing the necessary formal request just hours before it had been cleared to set sail.

At that time, local authorities managed to withstand the diplomatic torpedo fired by the US at efforts by the UK to defuse tensions with Tehran, lifting a detention order Gibraltar had earlier issued for the vessel, with the backing of the British.

The US based its seizure requests on a claim that ‘Adrian Darya 1’ was ferrying Iranian crude to Syria under the auspices of the Islamic Revolutionary Guard Corps (IRGC), which is designated as a foreign terrorist organization by the US but not the EU or other world powers.

Also, there was a “scheme to unlawfully access the US financial system to support illicit shipments to Syria from Iran by the IRGC,” the Justice Department alleged.

ALSO ON RT.COMUS tries to stop Gibraltar’s planned release of seized Iranian supertankerHowever, none of the allegations were compelling enough for the UK-governed enclave, as these “would not constitute offences in Gibraltar had they occurred in Gibraltar.” There are no “equivalent sanctions against Iran in Gibraltar, the UK or the rest of the EU,” the statement noted.

As the day progressed, Tehran reported that it stands ready to escort ‘Adrian Darya’ on her way to Iranian shores. “The era of hit and run is over… if top authorities ask the navy, we are ready to escort our tanker,” navy commander Rear Admiral Hossein Khanzadi was quoted as saying by Mehr news agency.